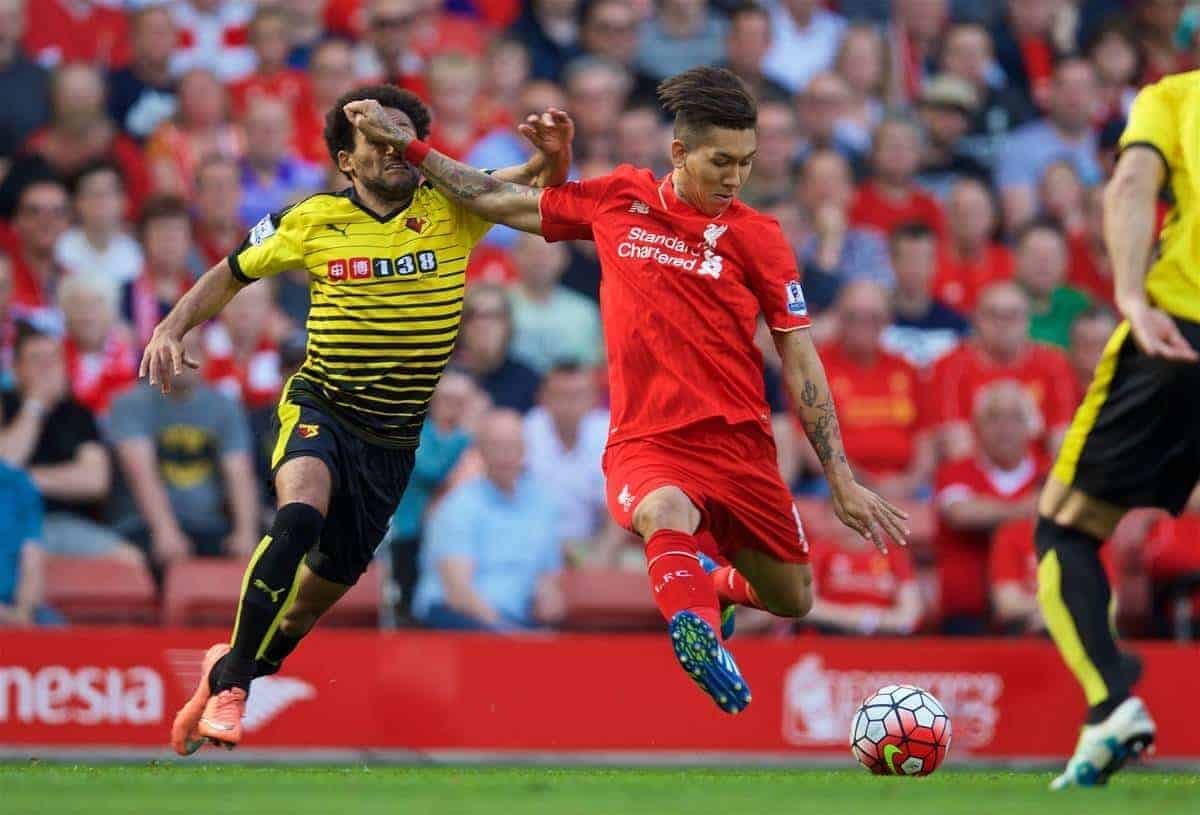 Liverpool welcome Walter Mazzarri’s Watford to Anfield on Sunday afternoon – we’re here to provide you with the best odds for the Premier League clash.

Yet another international break looms ominously, so we have to make the most out of this weekend’s Premier League action.

Liverpool are flying at the moment, with 23 points picked up in the opening 10 league games, and no defeat in all competitions since the loss at Burnley in August.

This weekend sees the Reds take on Watford at Anfield, in what on paper should be a relatively comfortable day at the office for Jurgen Klopp‘s side.

It will be another test of their mettle, however, with Mazzarri’s men a surprise package of 2016/17 so far, currently sitting seventh in the table.

They possess players who can be dangerous on their day, and should Liverpool not have their wits about them on Sunday, they could come unstuck.

There are, as ever, an abundance of odds on offer ahead of the game – here’s some that may tickle your fancy.

It is pleasing to see Liverpool tipped as strong favourites in so many matches these days, and Sunday’s showdown on Merseyside is no different.

The Reds are 25/1 with Coral to leave Anfield with yet three more points in the bag, outlining just how superior the bookies believe they are to the Hornets.

Watford are 9/1 to pick up what would be a very impressive away win, as they look to stay in and around the Europa League places.

The draw is 9/2, which is a result Mazzarri would bite your hand off for.

Liverpool seemingly have goals coming from all over the pitch this season – one of many improvements since Klopp took charge last October.

In last weekend’s 4-2 win at Crystal Palace, it wasn’t the usual suspects finding the back of the net, with Emre Can, Dejan Lovren and Joel Matip all getting on the scoresheet.

The Reds have now had 12 different goalscorers since August, which speaks volumes.

Against Watford, Klopp is expected to once again go with his first-choice front-three of Sadio Mane, Philippe Coutinho and Roberto Firmino, with the trio almost as likely to score as each other.

Rather strangely, the bookies have Daniel Sturridge (10/3) and Divock Origi (7/2) as the two favourites to score first, even though both are unlikely to start. Maybe bets to avoid this time!

Instead, Firmino is also 7/2 to strike first, which looks far more tempting, particularly after the Brazilian’s sumptuous finish against Palace.

The Watford strike pairing of Troy Deeney and Odion Ighalo are a match for anyone on their day, even though the latter has only scored once in the league this season. The Liverpool goal-fests continued at Selhurst Park last weekend, with the Reds both scoring relentlessly and conceding too many in 2016/17.

In their 10 league fixtures to date, 37 goals have been scored.

Matches involving Klopp’s men are never dull, and the entertainment value on Sunday should once again be well worth the admission fee.

Backing both teams to score at 19/20 looks a good bet, even though Liverpool stand a fair chance of keeping a rare clean-sheet. A soft goal for their opponents is never too far away.

Should you wish to avoid both teams to score, putting your money on over 2.5 goals (1/2) in the game looks a very good shout.

Liverpool definitely have it in them to score that many just on their own.