Ahead of Liverpool’s trip to Bournemouth in the Premier League on Sunday, we get our betting hat on and provide you with the best odds for the game. 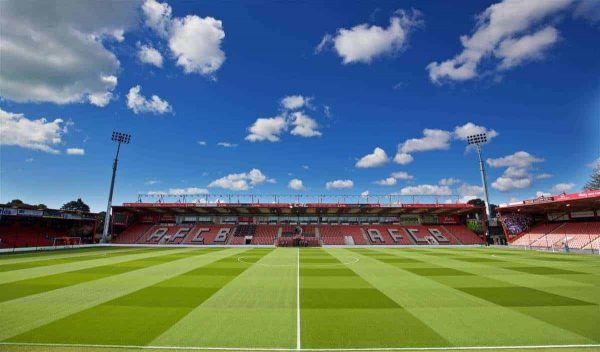 If you’re betting on Liverpool make sure to keep an eye on one of UK’s leading football tips websites, BettingTips4you. They have match preview and tips on every Liverpool games and also Premier League, Championship and most European leagues. They have single and accumulator tips to suit every betting taste.

The Reds beat Leeds United 2-0 in the League Cup quarter-final on Tuesday, taking their unbeaten run to 15 games, in all competitions.

It’s back to Premier League action for Jurgen Klopp‘s men this weekend, and a potentially tricky showdown with Bournemouth at the Vitality Stadium.

Another win would be a big result for Liverpool – let’s face it, every game is big these days – as they continue their quest for the title.

As usual, we’ve taken a look at some of the key odds ahead of the game – here’s where you may wish to put your money.

Liverpool have been hugely odds-on in some recent matches, most notably against Watford, Sunderland and Leeds. It is different for Sunday’s game, however, outlining what a tough 90 minutes this could be.

The Reds are 8/13 to head home with a win in the bag – something they failed to achieve on the south coast a fortnight ago, at Southampton.

Eddie Howe’s men are 4/1 to both spring a shock and dent Liverpool’s title dreams, while the draw is 16/5. The latter offers better value, with a home win unlikely.

Chances are, the Reds won’t run away with this one, as they have in a number of games this season.

Liverpool’s saviour in the last two matches has been Divock Origi, with the Belgian opening the scoring late on against both Sunderland and Leeds.

The 21-year-old looks likely to start up front against Bournemouth, so backing him to score first (9/2) looks very tempting. Equally, putting some money on him to find the net at any point (5/4) is also worth your while.

Roberto Firmino should return to the side, taking up Philippe Coutinho‘s left-sided role, and the Brazilian is always a goal threat. He is 4/1 and 11/10 to score first and anytime, respectively.

Georginio Wijnaldum has still only scored one goal for Liverpool, but he keeps getting into good positions and not quite finding the net.

There is a feeling that the Dutchman will find his shooting boots sooner rather than later, so have a punt on him scoring at some point on Sunday (9/4).

Callum Wilson is arguably Bournemouth‘s biggest goalscoring threat, and he will have to be ruthless in a game Liverpool are expected to dominate. The striker is 15/2 to score first, which is a good bet.

The goals have dried up in matches involving the Reds of late, with just four in the last three games.

Sunday’s showdown at the Vitality Stadium could well be another cagey affair, with both sides well-organised and hard-working.

In terms of betting on both teams to score, we would suggest selecting ‘no’, which offers inviting odds of 13/10.

Similarly, putting some money on under 2.5 goals (13/10) seems like a shrewd move, although under 1.5 (15/4) may be pushing your luck, given Liverpool’s attacking brilliance on their day.