Goodison Park hosts the 227th Merseyside derby on Monday night, and we’re here to provide you with the best odds ahead of the game. 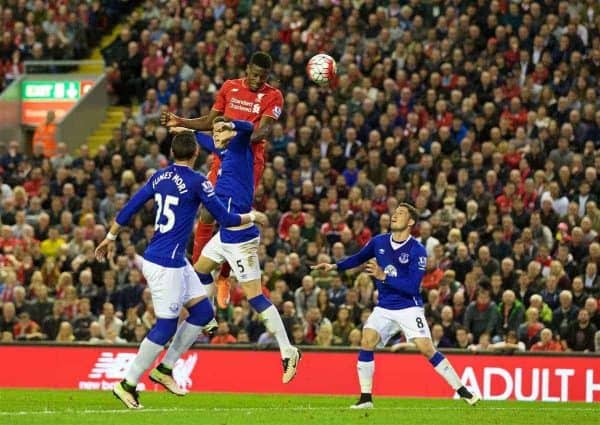 This is a fixture that fills both Reds and Toffees supporters with a mixture of excitement and dread.

Liverpool and Everton do battle in what is sure to be a typically fierce, dramatic showdown between two of English football’s most traditional clubs.

The Reds won emphatically at Middlesbrough last Wednesday, steadying the ship after a slight dip, while Ronald Koeman’s side picked up a vital 2-1 victory at home to Arsenal.

There are the usual odds on offer leading up to the game – here’s a look at where you should be putting your money, provided by Enhanced Odds.

This is a fixture that has been littered with draws in recent years, and it would be no surprise if both sides once again left Goodison Park with a share of the spoils.

The draw is a temping 11/4 on Monday, and although it would be far from a bad result for Liverpool, it would still be considered slightly disappointing. Chelsea‘s current form makes winning even more important.

The Reds are usually 10/11, but Paddy Power have them at enhanced odds of 7/1, to pick up all three points at the home of their local rivals – something they have only achieved once in their last six attempts. They have also only lost one of those, however.

Everton, meanwhile, are 3/1 to beat a second top-four side in the space of a week, heaping misery on their greatest adversaries in the process. Divock Origi has been in scintillating form of late, scoring in each of his last five appearances, in all competitions.

The 21-year-old looks a very good bet for first goalscorer, assuming he is fit, with odds of 5/1 far too good to turn down.

Roberto Firmino has lost his ruthlessness in front of goal a little of late, but he is too talented not to find the net sooner or later. The Brazilian is 6/4 to score anytime.

Sadio Mane always has a goal in him, so is also worth backing anytime (9/5), while man-of-the-moment Adam Lallana is 23/10 in that respect.

Romelu Lukaku is comfortably Everton‘s biggest goalscoring threat, as Liverpool have witnessed firsthand in the past. Origi’s Belgium teammate is 6/1 to score first or last, and 7/4 to register anytime.

At least if it comes in and you have money on it, it will cushion the blow slightly.

So many matches involving Liverpool seem to be filled with goals, both due to their attacking brilliance and ability to fall apart in defence.

Everton have also looked shaky at the back and capable of finding the net, so it would be a real surprise if this was a low-scoring affair.

Backing both teams to score (6/10) feels like a no-brainer, but you might want to be a little more ambitious. It is Christmas after all, and a bit more money in the back pocket would be just what the doctor ordered.

You will thank me when you’re rich on Tuesday morning!