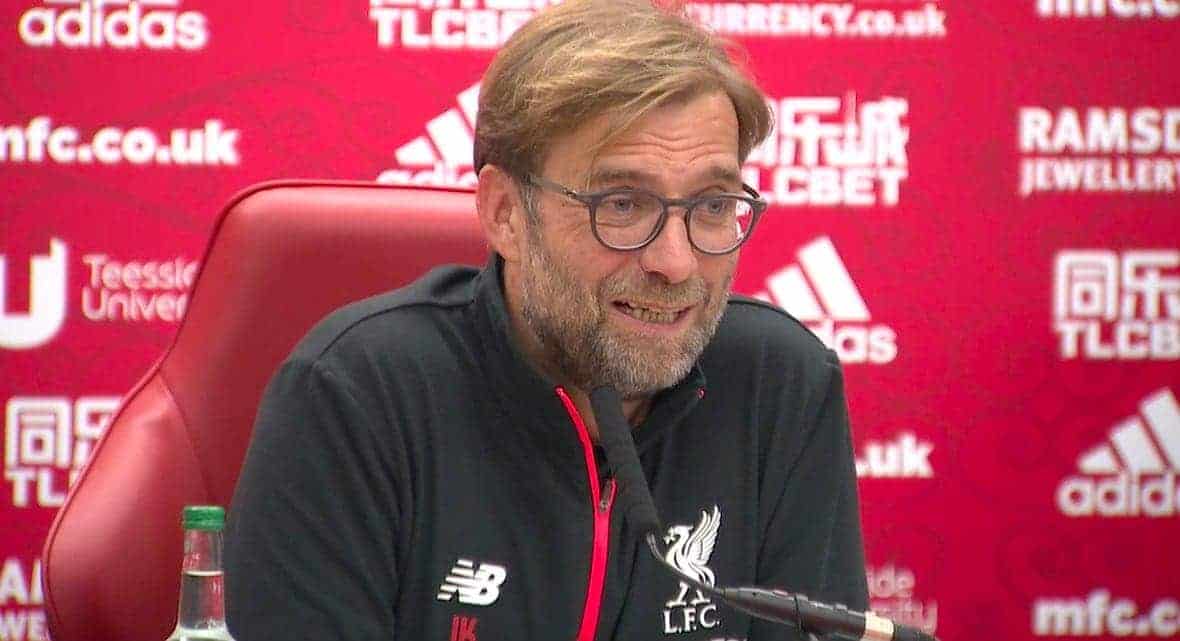 Watch Jurgen Klopp speak to the media after Liverpool’s 3-0 win over Middlesbrough in the Premier League.

Two goals from Adam Lallana and Divock Origi‘s fifth goal in five games gave Klopp’s side a comfortable win in a professional performance at the Riverside – collecting their first win there since 2002.

Klopp was asked about the goalkeeper situation, with the manager explaining why he dropped Loris Karius to protect the German player, and hinted that Simon Mignolet will retain his place for short-term future at least.

“Unfortunately, he couldn’t show how strong in the last few games, but I saw no reason to push him through this situation,” he said.

There was also praise for man of the match Adam Lallana.