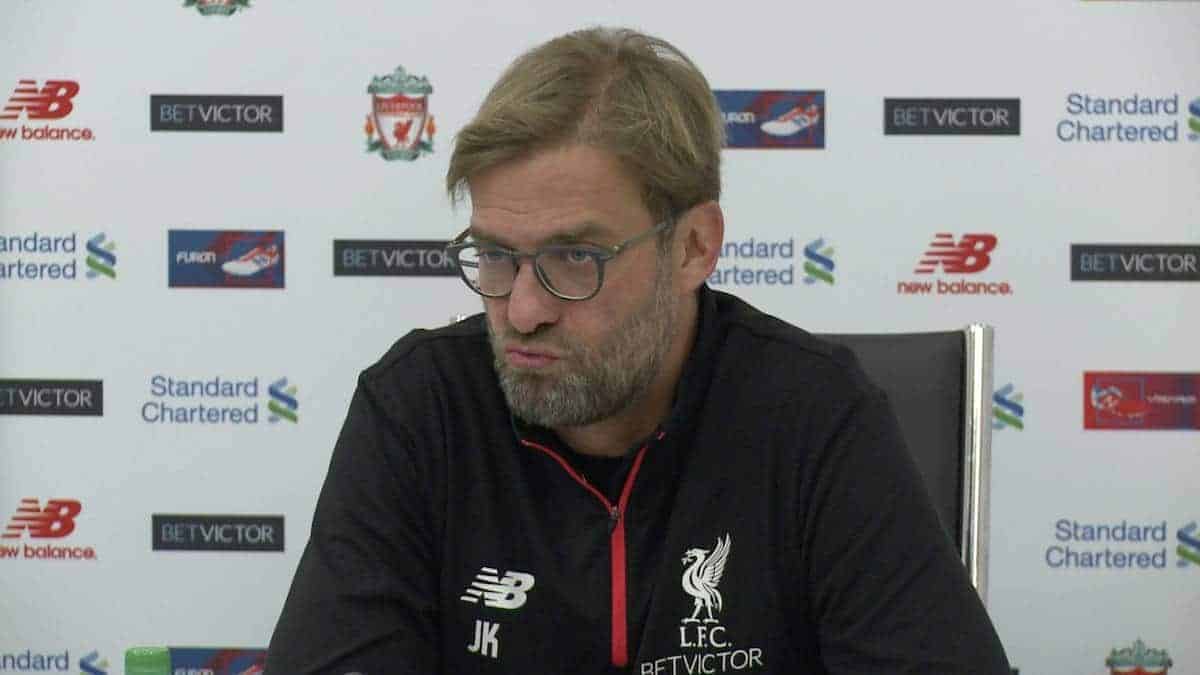 Watch Jurgen Klopp speak to the media ahead of Liverpool’s trip to Bournemouth in the Premier League this weekend.

Liverpool face Eddie Howe’s side on Sunday, in a 1.30pm kick off.

The Reds’ boss addressed questions on the fitness of his attacking trio of Roberto Firmino, Adam Lallana and Divock Origi.

He laughed off reports linking Daniel Sturridge with a move away in January – but explained that the England forward is still not back in training so is ruled out of this match.

Klopp refused to confirm whether teenage goalscorer Ben Woodburn would be included in the squad or not.

There was also talk on the fitness of Sheyi Ojo, who is yet to appear for the Reds this season.

On Lallana and Firmino’s fitness, Klopp said: “Yesterday [Thursday] was Adam’s first session. He looked good, but we need to see how he reacts to the intensity of the training. But all good, having him back is cool.

“Roberto trained yesterday, too. That’s important. Still a bit of pain—it’s painful, but not that serious.

“He’s quite a tough guy, so he came through the session yesterday, to see how he reacted.”

On reports linking Sturridge away in January, Klopp said: “The funny thing is your colleagues created stories that aren’t stories, then you ask me when there is no story!

“There is no thought to sell any player in the first-team squad, actually. I don’t think it would make sense.

“Unfortunately Daniel is not in training until now, that’s the thing I’m more concerned about than any transfer rumours.

“I’m prepared for all the things you can ask in January.”

* Remember, you can watch every Klopp press conference, in full, for free, on the This Is Anfield YouTube – make sure you’re subscribed today.