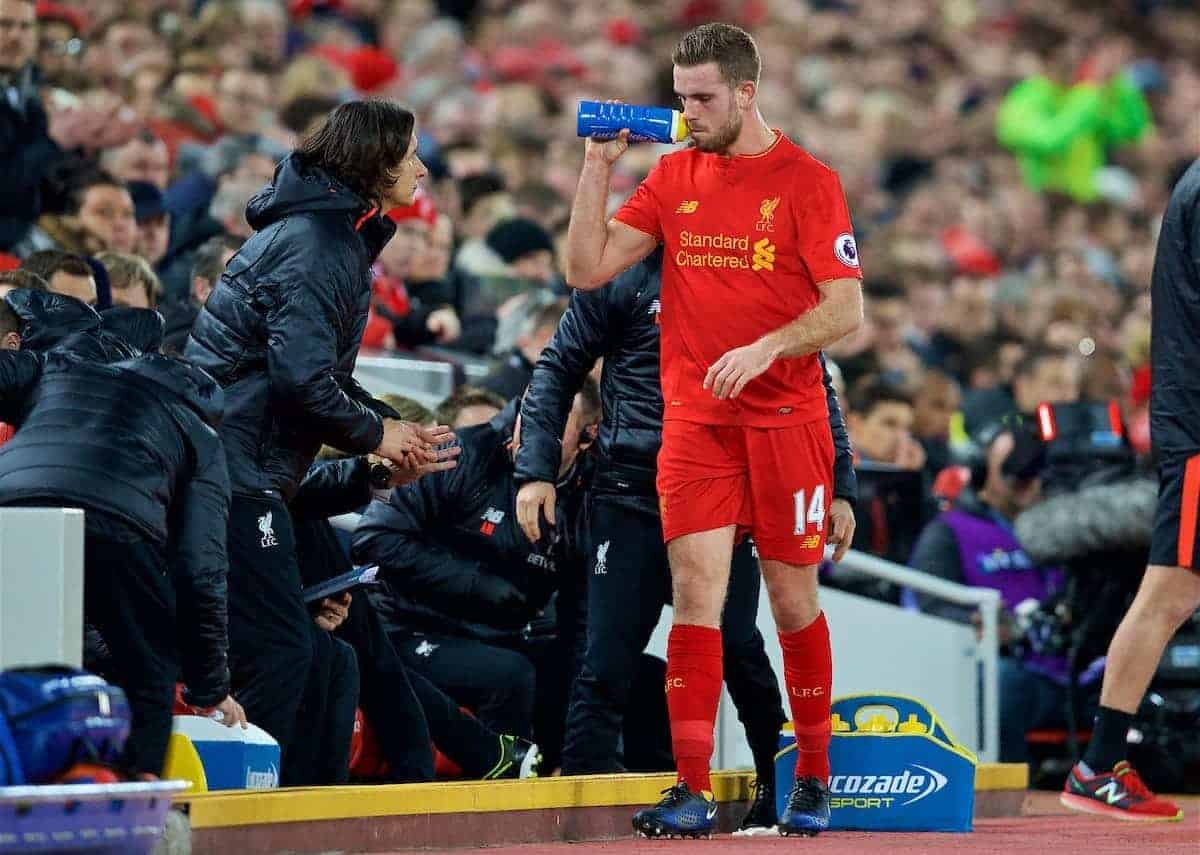 Liverpool captain Jordan Henderson is a doubt to face his former club Sunderland at the Stadium of Light.

The midfielder was forced off midway through the second half of Saturday’s win over Manchester City with a heel problem, although it is not the same issue which has troubled the England international for the last 12 months.

Options for manager Jurgen Klopp include returning Adam Lallana to a deeper role and restoring Divock Origi to the starting line-up, or bringing in Lucas Leiva as the deep-lying midfielder.