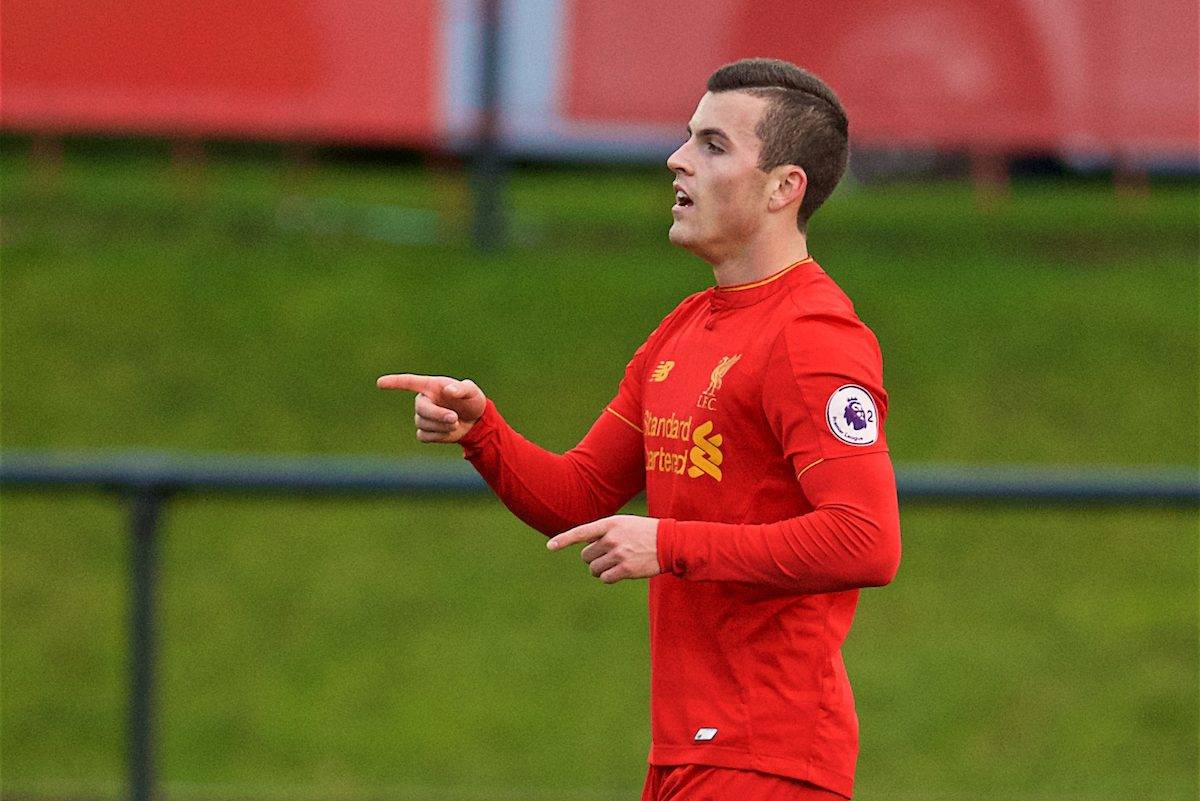 Two goals from American forward Brooks Lennon helped the Liverpool U23s to a 4-1 victory over Barnet in a friendly clash on Tuesday afternoon.

Welcoming Barnet to their Kirkby academy facility on Tuesday afternoon, the Young Reds looked to continue their positive start to 2017 with another friendly.

Having thrashed Bangor City 6-0 on January 4, Mike Garrity’s side prepared for another morale-boosting clash, though they were without a number of their star players due to first-team involvement.

Mamadou Sakho was also absent, with the Frenchman due to leave the Reds in the January transfer window, and likely hoping to avoid injury ahead of his departure.

A good opportunity for some peripheral figures and high-potential youngsters to impress Garrity, the U23s were fired up from kickoff, and dominated throughout. Garrity lined his side up in a 4-3-3 formation, with Polish goalkeeper Kamil Grabara marshalling a back four of Conor Whelan, Nathan Phillips, Tom Brewitt and familiar face Connor Randall.

After a sloppy start from the Young Reds’ defence gave Barnet a series of promising openings, it was Lennon who went closest for the home side, smashing the ball against the woodwork from long range.

It wasn’t long before Lennon had his name on the scoresheet, however, finishing neatly after some fine creative play from Virtue.

Barnet clawed one back soon after, but after a spell of end-to-end attacking play, Wilson had restored the U23s’ lead, taking advantage of Randall’s ambitious run forward to turn home. A slower start to the second half saw Madger heavily involved as Liverpool pushed forward, with the Spaniard seeing an effort saved and then creating a bright opportunity minutes later.

It was the 19-year-old who crafted the Young Reds’ third of the afternoon, drilling a cross low into the penalty area for Lennon to drive past the goalkeeper and notch his second goal in an impressive showing.

The American almost netted his hat-trick following up a rebound from Virtue’s shot, but could only find the side-netting, before Garrity threw caution to the wind and sent on Jack Dunn.

The 22-year-old, who returned from a loan spell with Morecambe in November, is likely to leave again this month, and having already proved his credentials with an eight-minute hat-trick in Bangor almost struck again as his strong shot cannoned back off the crossbar.

But Dunn grabbed his goal, and Liverpool’s fourth, late on, tucking the ball home from inside the area after a confident run from Wilson, sealing the victory.

It was Lennon’s brace that was the standout feature, and with Kenny Dalglish among those watching on at Kirkby, the versatile forward could have improved his first-team hopes.