It’s time for you to potentially win some money, as we look at the best odds ahead of Liverpool’s vital Premier League clash with Chelsea. 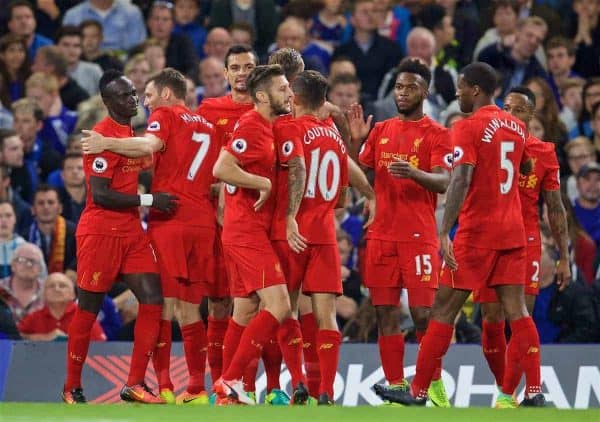 Ever since the mid 2000s, there has been no love lost between the Reds and the Blues, and Tuesday will be the latest chapter in an intense and bitter rivalry.

Chelsea have a 10-point lead over Liverpool, so anything other than three points for Jurgen Klopp‘s men would surely end their title hopes.

A woeful January would be made even worse by a negative result for the hosts, and a huge performance is needed by everyone of a Reds persuasion.

As ever, there are many odds available ahead of the game – here are some of the standout ones, thanks to Free Bets Here.

In truth, many things point towards Liverpool failing to win, given the fact they have only triumphed one so far in 2017.

Having said that, they remain undefeated against the fellow top clubs this season, and the odds reflect that.

Klopp’s side are 12/1 with Paddy Power (usually 6/4) to pick up arguably their most precious three points of the campaign, with home advantage clearly playing a factor. Anfield should be deafening. Click here to get these odds.

Chelsea, meanwhile, are 9/5 to seal an enormous win of their own, cementing their place as undisputed title favourites in the process.

It certainly looks generous odds, considering how relentless they have been this season, winning 18 of their 22 league matches.

The draw is 23/10, which also looks worth a punt. Antonio Conte certainly wouldn’t be unhappy with that result, and while it wouldn’t be disastrous for Klopp, a win is very much the order of the day for his team. Liverpool were much-weakened for their FA Cup defeat to Wolves on Saturday, with Klopp keeping his main men fresh for Chelsea.

Daniel Sturridge and Divock Origi may be pushing for a start, with the returning Sadio Mane likely to be on the substitutes’ bench, but backing either to find the net first – 11/2 and 13/2, respectively – would be a risk.

Philippe Coutinho has so often been Liverpool’s man for the big occasion, and the Brazilian is 13/5 to score anytime. The Reds need their talisman back to his very best on Tuesday night.

Should you be tipping Mane to return with a bang, backing him to score last (7/1) looks fairly enticing. It would be a real surprise if he wasn’t given a second-half cameo.

As for Chelsea, Diego Costa is very much the man Liverpool must stop. The Premier League‘s joint-top scorer in 2016/17 is 13/10 to score anytime – you wouldn’t fancy betting against it.

Pedro is another Blues attacker who has been superb in recent weeks, and the former Barcelona man is 13/2 to open the scoring and stun Anfield. His big-game pedigree is undeniable, having netted in the Champions League final and El Clasico in the past. You only have to look at Chelsea‘s magnificent defensive record to see what Liverpool are up against on Tuesday, and it is hard to see this being a game full of goals.

It may take something special from an individual, or a defensive mistake, to separate the two sides.

In the ‘Both Teams To Score’ market, selecting ‘Yes’ (8/11) looks a slightly better bet than ‘No’ (evens) but the odds show how unsure the bookies are on the matter.

Liverpool’s 1-0 win over Man City on New Year’s Eve was a tight encounter, and this one could have a similar feel to it. Prepare yourselves for a very tense evening on Merseyside.