Liverpool’s goalless draw with Plymouth Argyle may have defied the bookies’ odds, but we are confident of getting back on track for the Reds’ League Cup semi-final clash at Southampton. 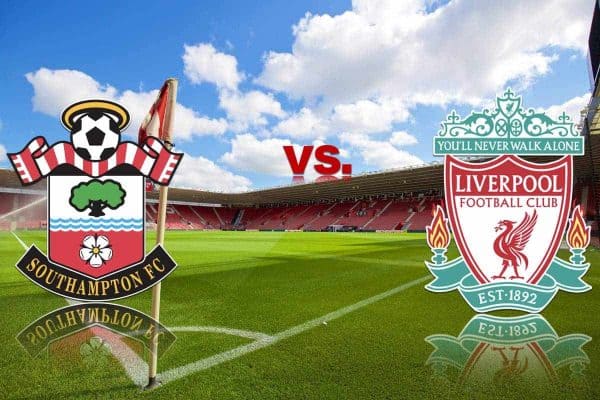 Not many saw that result coming in the FA Cup third round, although Jurgen Klopp fielding Liverpool’s youngest ever team was certainly a big reason for it.

With one cup game out of the way, Liverpool now prepare for their first-leg tussle with Saints on Wednesday, with both sides on the verge of a Wembley final.

Klopp has the unenviable task of picking a strong enough team to win the game, without risking too many key players ahead of Sunday’s Premier League trip to Man United.

As football matches go, this is a very tough one to predict – here’s a look at some of the best odds with Gambling Websites ahead of the game. This feels like one of those matches that could easily be decided by a moment of individual class or a sloppy error from either side.

Liverpool are seen as the narrow favourites to take a lead back to Anfield, although the fact that they are not odds-on is a sign that the bookies don’t fancy them strongly.

The Reds are 5/4 for the win – it would be their first at St Mary’s in three attempts – while Claude Puel’s side are 13/5 to take an advantage with them to Merseyside.

The draw is also 11/5, which in terms of value and likelihood, definitely looks the shrewdest bet of the three.

Daniel Sturridge has been looking sharp of late, and he is now definitely deserving of a start.

Sturridge stands a good chance of being heavily involved against Saints, and his superb double at St Mary’s in last season’s League Cup quarter-final perfectly illustrated the brilliance the striker possesses.

The 27-year-old is 9/2 to score first and send Liverpool on the road to victory, and also 5/1 to score a potentially crucial last goal in the game.

Divock Origi may keep his place, despite some disappointing form of late, and the Belgian is 17/10 to register anytime.

That looks a safer bet than backing him as first scorer, in case he starts on the substitutes’ bench.

Adam Lallana‘s incredible fitness levels make him likely to feature against both Southampton and United, and he will be keen to prove a point against his old club.

The Reds’ Player of the Year contender is 9/4 to find the net during the game, and 13/2 to score last. Fellow former Saints duo Nathaniel Clyne and Dejan Lovren are a risky 12/1 to register anytime.

Shane Long is seen as Southampton‘s most likely source of a goal – he is 15/2 to score first and 2/1 to breach the Liverpool defence at some point during proceedings. Southampton are well-respected for their defensive qualities, and Liverpool, for all the unfair press they receive, have also been solid for much of the campaign.

Because of this, Wednesday’s game could be a tight affair, with goals few and far between.

Similarly, putting some money on under 2.5 goals (8/11) looks inviting, even if Liverpool have the ability to blow any team away on their day.

They have been low-key in front of goal of late, and that may well continue at St Mary’s.