Liverpool and Man United do battle in a huge Premier League clash on Sunday afternoon – as always, there are endless odds on offer. 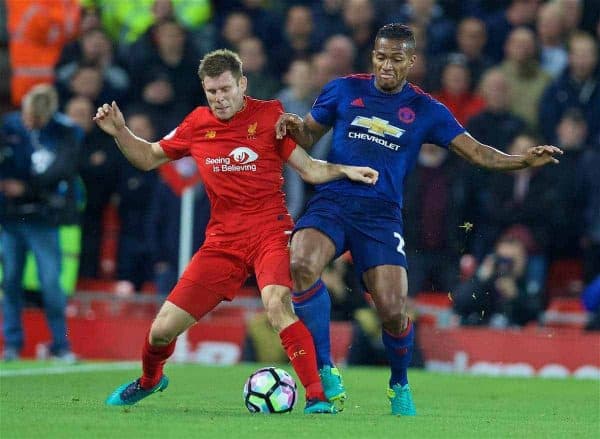 For the majority of both sets of supporters, this is the biggest match of the season.

The passion that the fixture possesses is unrivalled in the Premier League, with victory feeling incredible and defeat proving devastating.

Liverpool and United once again lock horns at Old Trafford on Sunday, with so much riding on it, both in the title battle and race for a top-four finish.

It is time to getting your betting hats on and think about what to have a punt on this weekend – here are some of the best odds available, thanks to Free Bets Here, for the Reds’ showdown with their most bitter rivals. Any game between Liverpool and United is always difficult to predict, regardless of where both sides are in the league table.

United have the momentum, having won their last nine matches in all competitions, so it is unsurprising to see them as favourites, particularly as the home side.

Jose Mourinho’s men are 23/20 to inflict a damaging defeat on the Reds, while the visitors are normally 11/4 to record just their sixth win at Old Trafford in the Premier League era.

However, Paddy Power are offering massive odds of 16/1 on a Liverpool victory — click here to take advantage.

The draw is 9/4 – a result neither manager would be delighted about, but one that Jurgen Klopp would be the more content with. Daniel Sturridge‘s lacklustre showing against Southampton won’t have helped his chances of beginning proceedings on Sunday, and it would be a surprise if was in the starting lineup.

The 27-year-old could be a useful man of the bench, however, so backing him to score last (13/2) in the game is a shrewd bet.

Philippe Coutinho could well return to the team from the start, and he showed in last season’s Europa League what a game-changer he can be at Old Trafford.

Liverpool’s talisman is 17/5 to score anytime, while 10/1 to be first goalscorer looks good value, assuming he isn’t a substitute.

Georginio Wijnaldum was the difference when the Reds beat Man City on New Year’s Eve, and he will be hoping to do the same against City’s local rivals. He is 9/2 to register anytime.

Liverpool have scored five penalties at Old Trafford since the Premier League‘s inception in 1992 – Steven Gerrard scored four of those, Danny Murphy the other – so stick some money on James Milner netting anytime (9/2) as well.

For United, Zlatan Ibrahimovic is in superb goalscoring form, so backing the striker to score at some point (13/10) may at least cushion the blow of the Reds conceding.

A goal for Wayne Rooney would make him United’s all-time top scorer, and the England captain is 13/8 to find the back of the net.

Matches involving Mourinho side’s are never the most entertaining affairs, and Sunday’s game is not likely to buck that trend.

The first goal feels absolutely vital, and if United get it, you do fear a bit for Liverpool.

Although it could be a defence-minded 90 minutes, it is still very easy to see both sides scoring, despite the Reds not finding the net in their last two games.

Backing both teams to score is worth your while (7/10), with not a single 0-0 at Old Trafford between the pair since October 1991.

It would be a real surprise if the goals were flying in, however, so you don’t want to be too bold if you’re betting on the ‘Total Match Goals’ market.

It feels like a game that will separated by fine margins – good luck with whatever you choose to have a bet on.