As Liverpool prepare to take on Plymouth Argyle in their FA Cup third round replay, we’re here to provide you with our matchday betting preview. 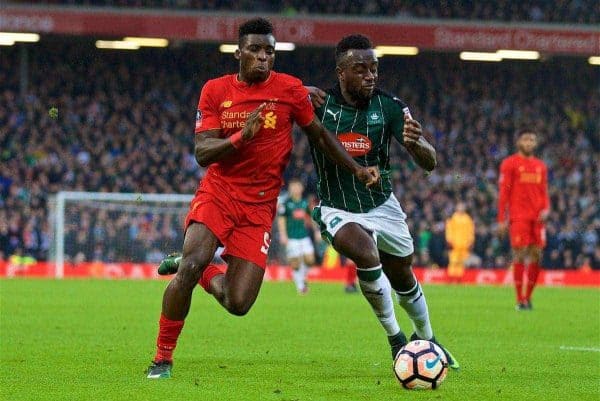 The two sides battled their way to a 0-0 draw at Anfield 10 days ago, in a result that suited Plymouth far better.

It was a momentous occasion for the Pilgrims, and although Liverpool bossed the game and rarely looked in danger of losing, it was hard to begrudge Derek Adams’ side a replay.

The Reds will be desperate to avoid one of the biggest FA Cup shocks ever on Wednesday night, although he is expected to go with youth again.

It will be a great opportunity for the youngsters to showcase their talent, and prove that the Anfield performance was nothing more than a blip.

There are endless bets to have a punt on ahead of the game – thanks to Football Betting Offers, here are the main ones that stand out. Although key players will be rested by Klopp, ahead of Saturday’s Premier League clash with Swansea City at Anfield, Liverpool are still very strong favourites to be victorious at Home Park.

The visitors are 3/10 to win inside 90 minutes, which in all honesty, represents poor value. It is almost not worth the risk, unless you decide to go big.

Plymouth are a sizeable 10/1 to down the Reds, while the draw is 9/2. Should the latter occur, extra-time will be required.

In terms of qualifying, regardless of whether that’s in 90 minutes, extra-time or penalties, Liverpool are even more resounding favourites.

Klopp’s men are 1/10 to seal a fourth round showdown with Wolverhampton Wanderers, while their League 2 opponents are 11/2 to send the travelling Reds home miserable.

There is one man who will be licking his lips ahead of the game – Daniel Sturridge.

The 27-year-old will start on Wednesday night, and given his quality, he will feel he can almost single-handedly fire Liverpool to victory.

Sturridge is 13/20 to score anytime, outlining how big a threat the bookies see him as, and 13/5 to score either first or last. Backing him to open the scoring looks particularly inviting.

Divock Origi may also begin proceedings – it could be that Philippe Coutinho‘s return from injury sees Origi on the bench in the league for the foreseeable future – and he is also 13/20 to register anytime.

Ben Woodburn will be dreaming of scoring his second Liverpool goal, with the 17-year-old prodigy 11/2 to find the net first at Home Park. Sheyi Ojo is 17/10 in that respect, which may not be a bad bet at all.

Graham Carey is a vital player for Plymouth, with his set-piece expertise often an influential part of his game. He is 10/1 to score first, writing his name into Pilgrims folklore in the process. After what was a relatively boring goalless draw in the initial tie, there is no guarantee that this will be any different. Despite that, we’re expecting a more open contest this time around.

You would be wiser putting some money on the total number of the goals in the game, allowing for either team to find the net and it not be an issue.

Over 2.5 goals (1/2) looks very likely to come in, especially if both Sturridge and Origi are paired in attack, so backing over 3.5 (11/8) offers better value.

Should you feel that Liverpool will be rampant on the night, having a reckless punt on six or more goals in the match (13/2) could be the one for you. That would be gutsy, though.