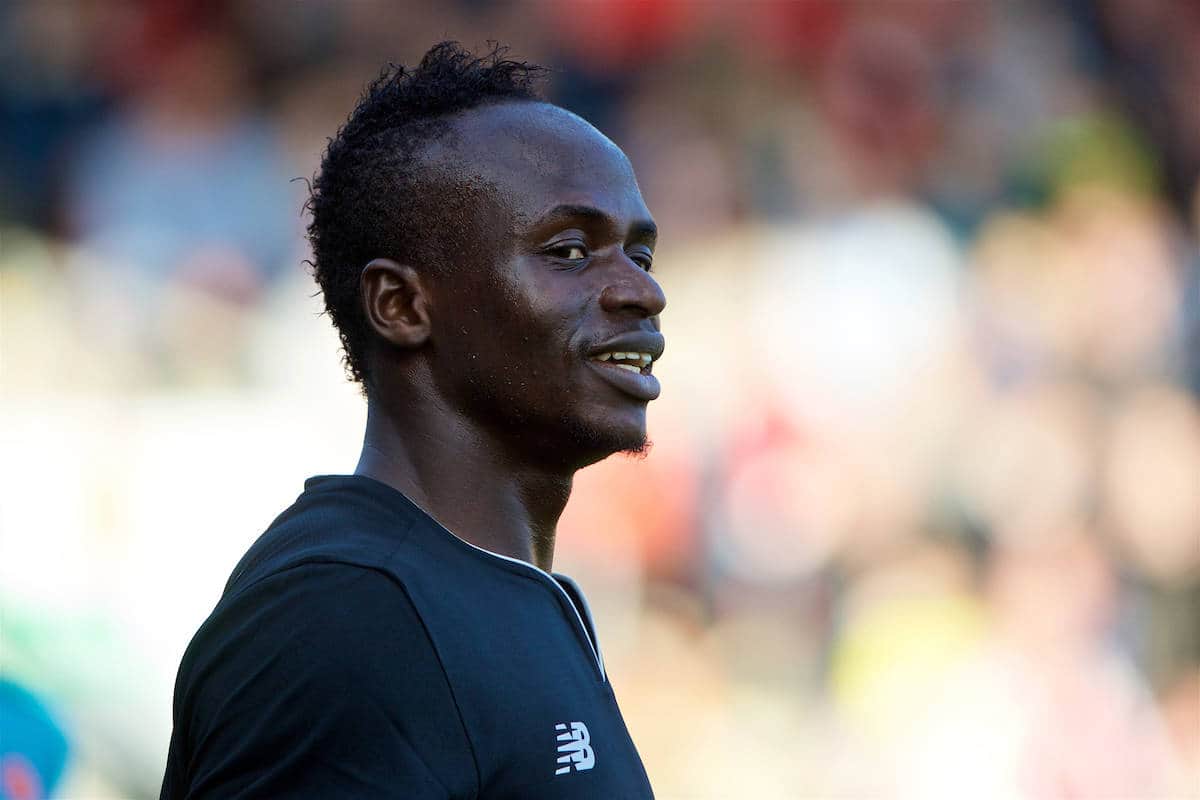 Liverpool winger Sadio Mane opened his Africa Cup of Nations account with the first goal in Senegal’s 2-0 win over Tunisia on Sunday.

Taking to the Stade de Franceville for the first of three Group B games in Gabon this month, Senegal began their AFCON campaign in style against Henryk Kasperczak’s Tunisia.

Heading into the tournament as favourites, as FIFA’s highest-ranked African side and 33rd in the world, the Lions of Teranga got things off to a perfect start.

While the impressive Ahmed Akaichi threatened early on for Tunisia, it took Senegal just 10 minutes to find the back of the net, and it was Mane who scored their first of the tournament.

With Kouyate fouled in the penalty area by rampaging former Liverpool target Aymen Abdennour, Mane was on hand to power home an excellent spot-kick.

Liverpool’s No. 19 continued to shine throughout the first half, in particular with an excellent cross for Diouf on the half-hour mark, and it wasn’t long before Senegal had their second, with centre-back Kara Mbodji powering a header beyond Aymen Mathlouthi.

Senegal continued to dominate and Mane had a great chance for his second just before the break, but couldn’t trap the ball following a fine delivery from Stoke City‘s Diouf. It was Tunisia who began the second half in better form, peppering goalkeeper Abdoulaye Diallo with shots from both close range and distance, with convincing calls for a goal after a desperate clearance on the line.

Mane was noticeably quieter after half-time, too, but continued to provide support as Senegal looked to break, though his fine run was ignored when Ismaila Sarr surged down the right flank.

Switching between the left and right wings, Mane played a similar role to that performed under Jurgen Klopp at Liverpool, and with a similar importance.

His duties in the second half were largely defensive, as Tunisia maintained control, but still looked dangerous moving forward on the counter on 80 minutes, though the move ultimately broke down due to offside.

This proved to be Senegal’s last meaningful attack, and the game ended as an encouraging 2-0 victory for Aliou Cisse’s side.

They currently sit top of Group B, following Algeria’s 2-2 draw with Zimbabwe earlier on Sunday, with their next outing coming against the latter in the same stadium on January 19.