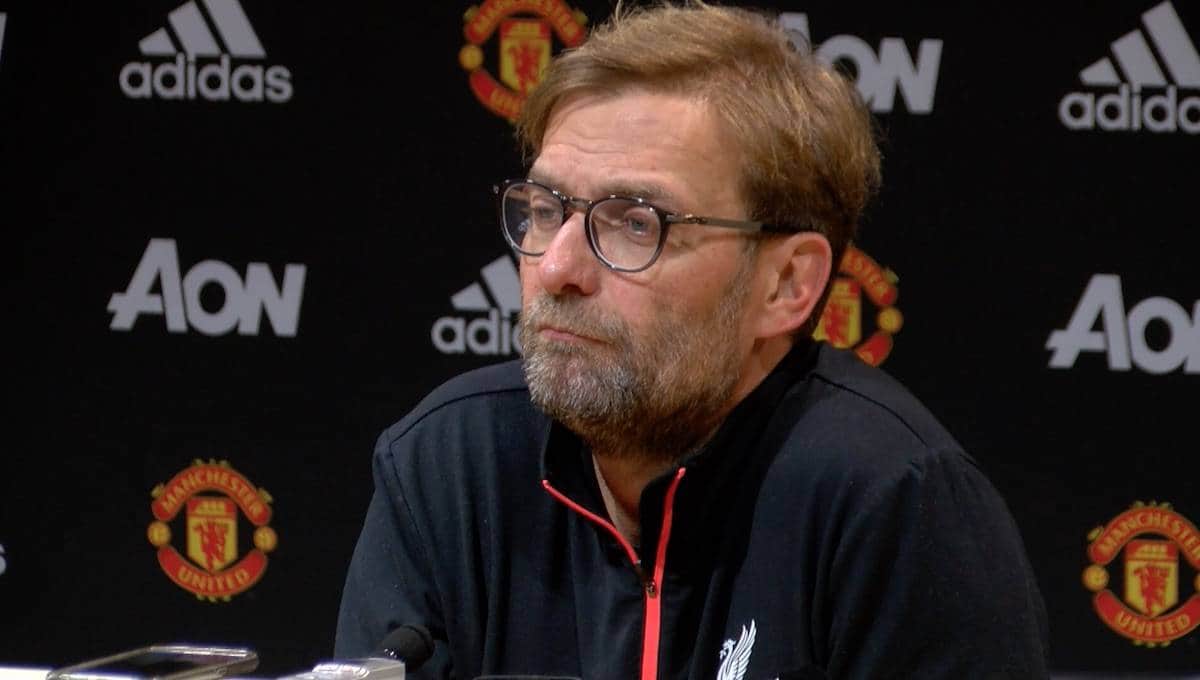 Watch Jurgen Klopp speak to the media after Liverpool’s 1-1 draw against Man United at Old Trafford in the Premier League.

Klopp’s side led for almost an hour after the game, through James Milner‘s first-half penalty, but Zlatan Ibrahimovic equalised for the home side with six minutes remaining.

Klopp felt his team deserved the three points, and praised his player’s application.

“I’m fine with the performance,” said the boss. “Over the whole game we were the better side, but then they came with the long ball, Fellaini, like this.

“I can accept a draw at Man United, but I think over the whole 90 minutes I think we deserved the win. That’s important for me to know the character of my boys – they played with a few small issues, the boys did really well.”

Klopp praised teenager Trent Alexander-Arnold, who made his full league debut: “We thought he’s ready for it, and he proved it.”