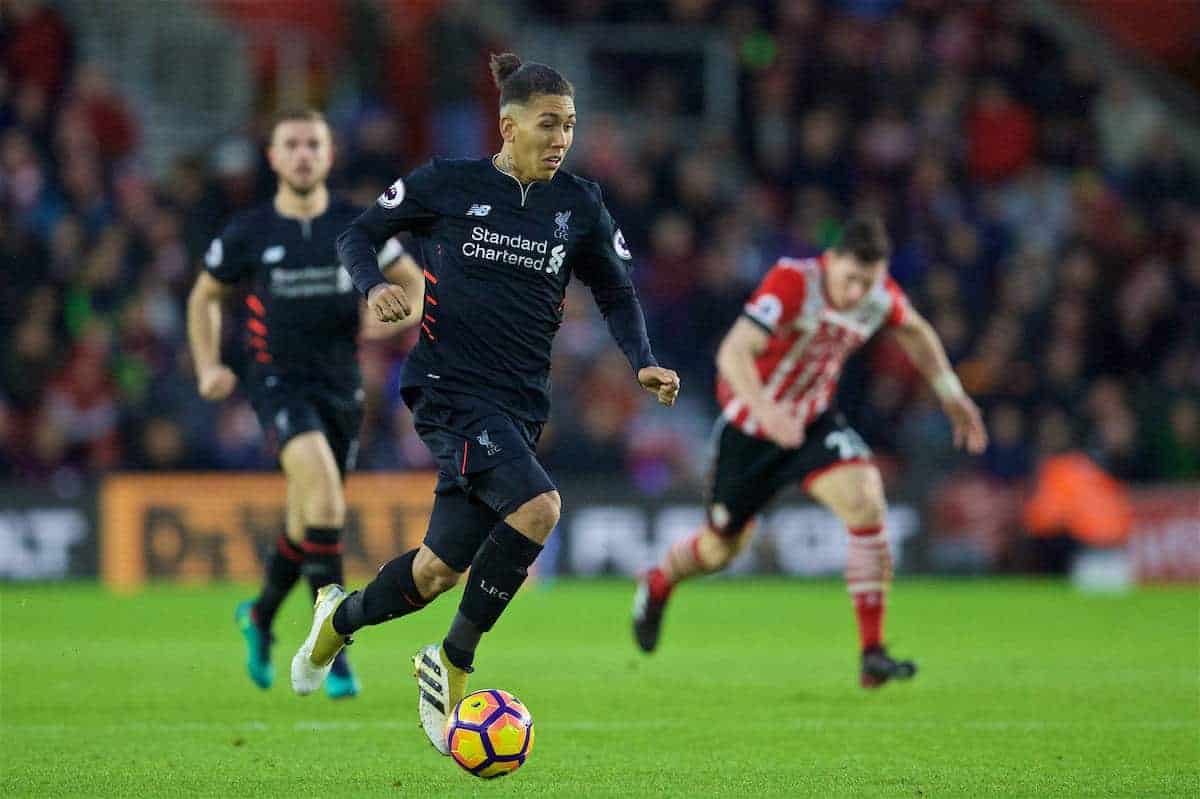 Liverpool are within touching distance of another trip to Wembley, as they take on Southampton in the first-leg of their League Cup semi-final.

No club has won more League Cups (8) in their history than Liverpool, and it remains the last trophy they lifted, against Cardiff City in 2012.

Having frustratingly drawn 0-0 at home to Plymouth Argyle in the FA Cup third round on Sunday, a more positive result would be just what the doctor ordered at St Mary’s.

Klopp fielded the youngest ever Reds starting lineup against the Pilgrims, and the German is expected to bring a few key names back. One eye will still be on this weekend’s trip to Man United, though.

Liverpool have had plenty of trouble against Southampton in the last few years, and their goalless draw in the Premier League back in November highlighted Claude Puel’s side’s defensive expertise.

Saints are on an inconsistent run of form, but the Reds will have to play very well to take a lead into the return leg at Anfield.

Both sides play a slick brand of football, and while it has the potential to be a cagey affair, there is unlikely to be a lack of quality.

Liverpool and Southampton both have Wembley in their sights – who will draw first blood?

It may have only happened last season, but Liverpool’s annihilation of Saints on their own turf is worthy of reminiscing about.

The two teams met in the League Cup quarter-finals 13 months ago, with a tight game predicted by many.

When Sadio Mane headed home almost immediately against his future employers, it looked as though Klopp’s men were in for a long night, but the Reds responded magnificently.

Daniel Sturridge‘s superb double and Divock Origi‘s poached effort put the visitors 3-1 up at half-time – Emre Can‘s turn and pass for Sturridge’s second goal was a thing of footballing beauty.

Origi scored twice more after the break to score his first Liverpool hat-trick, and Jordon Ibe also finished off a flowing move, as they cruised to memorable 6-1 win.

When discussing the best away performances under Klopp, this one has to be right in the mix. Having had to make do without several key players of late, Klopp finally has something to smile about in the injury department.

Philippe Coutinho is back fit again, following nearly two months on the sidelines, which is a huge boost – even if he is unlikely to start.

Liverpool haven’t had the same fluency without him in the team, and he has the potential to inspire the Reds to trophy glory this season. The Brazilian will not be rushed back, however.

James Milner is available, having being withdrawn at half-time against Sunderland last week.

Klopp has a tricky decision to make, in terms of how strong his team is at St Mary’s, with the aforementioned clash with United looming.

Sturridge has a good chance of starting, while Nathaniel Clyne, Dejan Lovren and Adam Lallana could all face their former club. Mane is on Africa Cup of Nations duty.

Jose Fonte will not play for the hosts, having controversially handed in a transfer request, but Cedric Soares should be fit after recovering from a head injury suffered against Everton.

Charlie Austin is a long-term absentee, and Sofiane Boufal could miss the whole of January with a knee problem that has ruled him out of AFCON. Klopp confirmed Coutinho’s return, but was quick to play any heavy involvement against Southampton:

“I think Phil is fit enough to be part of the squad. There could be minutes, how many I don’t know.

“It was six or seven weeks out, that’s long. He needs minutes in training and as soon as possible minutes in games. There’s no final decision.

“He’s had his third complete session with the team, and tomorrow will be his fourth.”

Alternatively, tune in to our matchday live blog (7pm-9:45pm), which will bring you minute-by-minute updates, match photos, thoughts from Liverpool fans on social media and more.