Who fancies making some money on Monday night? Here is our comprehensive look at the best bets available for Liverpool’s clash with Leicester City. 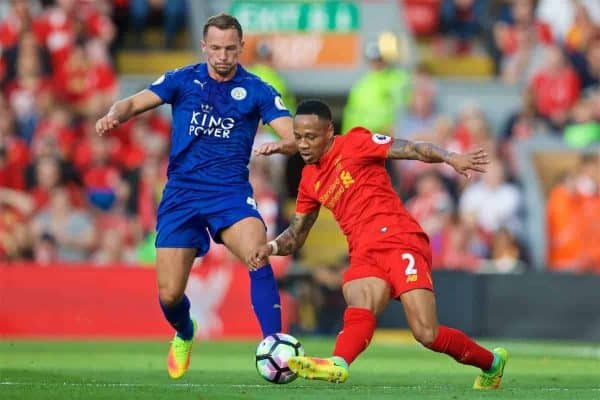 The Reds’ showdown with the Foxes finishes off the weekend’s Premier League action, and promises to be an entertaining encounter.

Both sides can be very unpredictable, but with Leicester flirting with the relegation zone and in a mess after Claudio Ranieri’s sacking, only a win will do for Liverpool.

The 2-0 victory over Tottenham was a huge step in the right direction, following a miserable January, but they cannot afford to keep dropping points in matches against bottom-half teams.

As always, we have taken a look at the best odds for the game, according to 888Sport. Liverpool may have come a cropper away to Burnley, Bournemouth and Hull City already this season, but that hasn’t stopped the bookies from tipping them to win on Monday evening.

The Reds are fantastic value at 6/1 (usually 16/25) to pick up all three points and register a second win in succession for the first time since the end of December. Click here to get these odds!

Should the impartial among you mind fancy Leicester to enjoy that post-managerial-exit bounce that so many teams get, the Foxes are 17/4 to heap more misery on the visitors.

The draw is 31/10, which may act as a positive result for the champions, but most certainly not for Jurgen Klopp‘s men.

Liverpool’s much-heralded front-three of Sadio Mane, Philippe Coutinho and Roberto Firmino are all fit and firing again, and should be more refreshed than they have been in months.

Mane was the star man against Spurs last time around, scoring twice and bordering on unplayable at times. The 24-year-old is 7/4 to score anytime.

Coutinho and Firmino, meanwhile, are 11/2 and 21/4, respectively, to find the net either first or last in the game.

Georginio Wijnaldum is showing signs of becoming more of an attacking force, so backing the midfielder to score at some point during the match (21/5) makes sense.

Jamie Vardy has had a poor campaign, following last season’s heroics, but he did net against Sevilla on Wednesday and could now go on a run. The striker is 27/10 to register anytime.

With Liverpool’s attack hopefully back to its fluent best, coupled with Leicester leaking goals defensively, the Reds should have plenty of chances in front of goal.

In terms of the total match goals, over 3.5 goals (2/1) looks inviting, especially when you consider how shaky Liverpool can sometimes look at the back.

Should you tip Klopp’s side to reverse last season’s 2-0 defeat at the King Power Stadium, they are 15/2 to triumph by that scoreline.

Our special forecast bet is Coutinho to score anytime and Liverpool to win 3-1, at 27/1. Go on, trust our judgement.