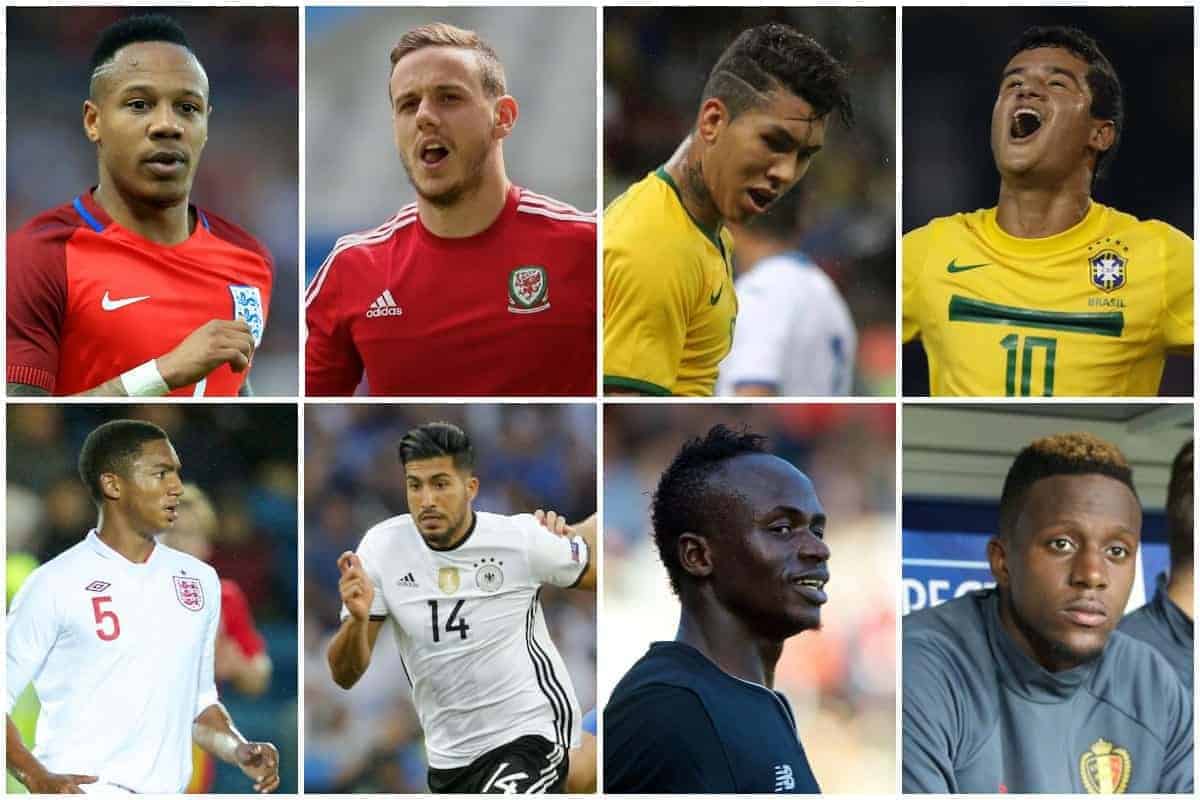 As domestic football makes way for another international interval, there are 23 Liverpool players in action throughout the March break.

Liverpool’s 1-1 draw away to Man City saw them head into this month’s recess in positive spirits, with their hopes of finishing in the Premier League‘s top four intact.

Jurgen Klopp is now set to take his squad to Tenerife for another mid-season warm-weather training camp, as he plots for a strong finish to the 2016/17 campaign.

The German will be without the majority of his first-team squad, however, with many of his key names embarking on international duty.

While Jordan Henderson and Daniel Sturridge missed out due to injury Nathaniel Clyne and Adam Lallana were both included in Gareth Southgate’s latest England squad.

The Three Lions will take on Germany (March 22) in a friendly and Lithuania (March 26) in a World Cup qualifier.

Roberto Firmino and Philippe Coutinho have been drafted into Tite’s Brazil setup once again, with the duo likely to feature heavily for the Selecao.

Brazil play Uruguay (March 23) and Paraguay (March 29) as they look to seal their place in next year’s World Cup in Russia.

Another brace of Reds stars to be called up alongside each other are Simon Mignolet and Divock Origi.

They will hope to take part as Belgium play Greece (March 25) in their World Cup qualifier, before a friendly away to Russia (March 28).

Georginio Wijnaldum is in the Netherlands squad to play Bulgaria (March 25) and Italy (March 28), Emre Can has been called up for Germany’s clashes with England (March 22) and Azerbaijan (March 26) and Sadio Mane‘s Senegal play Nigeria (March 23) and the Ivory Coast (March 27).

Estonia will be looking for inspiration from Ragnar Klavan as they face off with Cyprus (March 25) and Croatia (March 28), with Dejan Lovren missing out for the latter. A trio of Liverpool’s young hopes, Danny Ward, Ben Woodburn and Harry Wilson all made the Wales senior squad to play the Republic of Ireland (March 24).

And rounding off the Reds’ senior call-ups, Hull City loanee Lazar Markovic is in the Serbia squad to take on Georgia (March 24) in their World Cup qualifier.

Nine more Liverpool players have been included in their nations’ youth squads, as they look to continue their progress on the international stage. Meanwhile Liverpool U18s forward Glen McAuley helped the Republic of Ireland to the European U17 Championship with victories over the Faroe Islands, Slovakia and Cyprus this month.

* Non-internationals will go to Tenerife with Klopp.