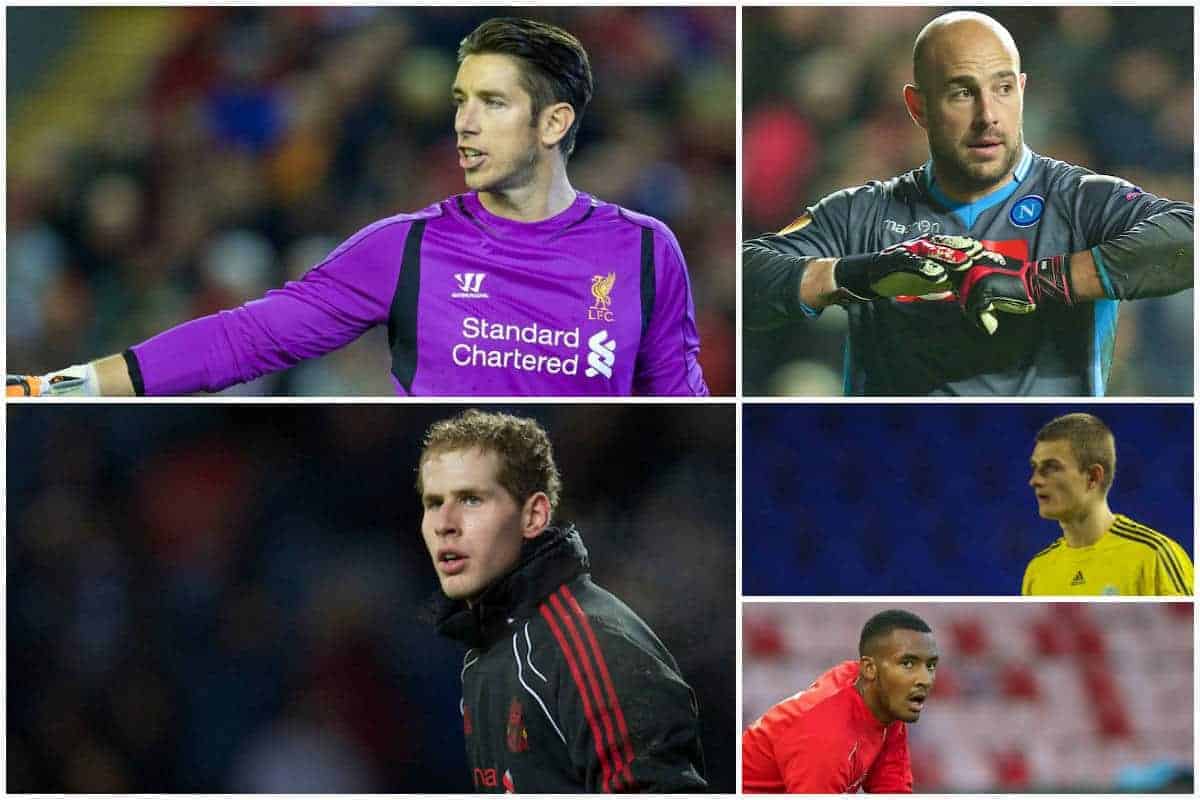 With a number of goalkeepers going on to better things after leaving Liverpool, what makes it easier to excel away from Merseyside?

While it may be difficult to comprehend, there is life beyond Anfield for some, with a host of examples emerging throughout the current campaign.

Joe Allen stands out as clear proof of this, with the Wales international leaving the Reds for Stoke City after a struggle for game time under Jurgen Klopp—now, he’s a key player at the Britannia.

Elsewhere, Christian Benteke, Martin Skrtel and Mario Balotelli have enjoyed relative success at Crystal Palace, Fenerbahce and OGC Nice this season, while there is hope for Mamadou Sakho too.

However, few players have gone on to improve so drastically at other clubs as some of Liverpool’s distinguished backup goalkeepers in recent years—but just why is that the case?

One Club’s Trash, Another Club’s Treasure The roll call of Liverpool’s backup goalkeepers over the past decade has not served as encouraging reading: including Charles Itandje, Diego Cavalieri, Peter Gulacsi, Brad Jones, Doni and Adam Bogdan.

Life as a second- or third-choice goalkeeper is an unrewarding one, too, with few opportunities to settle in between the sticks and perform in what is the most unforgiving of duties.

Beyond sporadic appearances, most hours are spent either sat on the bench or as a punching bag during shooting drills on the training ground—though the wage packet no doubt offsets this.

It can be argued that the time of the genuine backup goalkeeper—of Stuart Taylor, Carlo Nash and Richard Wright—is coming to an end, with many managers favouring a two-strong rotational group.

But there remains no substitute for being No. 1, and two former Liverpool goalkeepers in particular have experienced that in recent years.

Most notably, Jones’ recent clean sheet away to ADO Den Haag in the Eredivisie saw him equal Ed de Goey’s 14 shutouts in a single league campaign for Feyenoord—with no goalkeeper managing this since 1996/97.

Feyenoord are unbeaten in the Dutch top flight with Jones between the sticks, with their only loss coming when the Australian was injured, and they are currently five points clear at the top, having conceded just 13 goals in 24 games. Gulacsi is in similar position with RB Leipzig, with the Bundesliga’s new challengers currently sat just five points behind Bayern Munich in second, conceding 22 in 22.

The Hungarian has played every minute of every game in the league this season, and though he has only kept six clean sheets so far, his status as No. 1 for Ralph Hasenhuttl’s side is a testament to his quality.

This is a far cry from Jones and Gulacsi’s output when on the books at Liverpool, with the former making 27 appearances over five years and the latter failing to debut over a six-year spell.

Jones in particular was condemned on Merseyside for his poor displays, most notably when called upon to take Simon Mignolet‘s place against Man United at the end of 2014, but has now forged an impressive CV in the Netherlands.

That duo of ex-Reds are not the only stoppers challenging for the title this season, however, with Pepe Reina going from Mignolet’s backup in 2013 to Napoli’s first choice in 2017.

While it is easy to reflect in hindsight, Liverpool’s continued goalkeeping woes prove apt.

The signing of Loris Karius last summer was designed to finally solve the Reds’ issues in goal, with the German arriving with a burgeoning reputation from his time in the Bundesliga with Mainz.

But through a combination of a broken hand during pre-season and a maelstrom of scrutiny from both the club’s supporters and the wider media, things have not gone to plan for Klopp’s No. 1.

Karius made 10 appearances in the Premier League before being demoted in mid-December, with a high-profile spat with Gary Neville underlining the troubles he has faced at his new club so far.

There remains hope that the 23-year-old will come good, and his performances in cup competitions since his exile have boosted that, but it was far from the swift improvement Klopp required.

Instead, he is left to rely upon Mignolet as his first-choice goalkeeper once again, and while the Belgian has turned in a handful of excellent performance this season, there are still concerns about his all-round game.

Mignolet has barely improved since joining from Sunderland in 2013, and while he is a top-level shot-stopper, he is limited in the more progressive areas that Klopp’s system depends on.

So after a summer of planned change, Klopp has been forced to resort to another stopgap solution between the sticks, leading to calls from the Kop to sign yet another goalkeeper in the upcoming transfer window. That the most popular candidate is Man City‘s Joe Hart, on loan at Torino, is telling, and with the England stopper far from shining during his spell in Serie A, it suggests few have genuinely considered the calibre needed at Liverpool.

He has kept five clean sheets in 24 games in the Italian top flight this season, with his absence at the Etihad Stadium only felt due to the prolonged struggles of his replacement, Claudio Bravo.

Hart’s recent performance in a 4-1 defeat away to AS Roma highlighted glaring flaws in his game, and unlike those who left Liverpool for the continent, he looks to have regressed.

Speaking relatively, Jones and Gulacsi are both outperforming Karius and Mignolet this season.

But given their spells at Anfield were so muted, how has this been the case?

Why Do Goalkeepers Get Better After Leaving Liverpool? Beyond Reina, it is arguable that no goalkeeper has joined Liverpool and markedly improved so far, and that was with the Spaniard arriving as a high-potential 22-year-old in 2005.

It would be disparaging to suggest that John Achterberg was solely responsible for this, particularly with the malaise the club went through both on and off the pitch during the time—as well as the increased pressure to perform.

But Reina’s downturn in fortunes coincided rather fittingly with the appointment of the Dutchman as Liverpool’s goalkeeping coach, with the former Tranmere Rovers stopper arriving in the summer of 2009.

As statistics from This is Anfield’s Andrew Beasley prove, bar a short spell under Mike Kelly during the six-month reign of Roy Hodgson, Reina’s average of saves in the Premier League was never worse than when working with Achterberg. That he has since returned to form with Napoli, conceding nine fewer goals than Hart in two more appearances this season, suggests Reina was affected by this changing of the guard at Melwood.

It remains largely speculative, but there is evidence—be it tangible or palpable—that goalkeepers have suffered upon moving to Liverpool.

And that the likes of Jones, Gulacsi and Reina are now challenging for titles elsewhere in Europe only underlines that notion further.