It’s that time of the week again, when our pre-match betting preview attempts to win you money. Next up is Liverpool’s Premier League clash with Arsenal at Anfield. 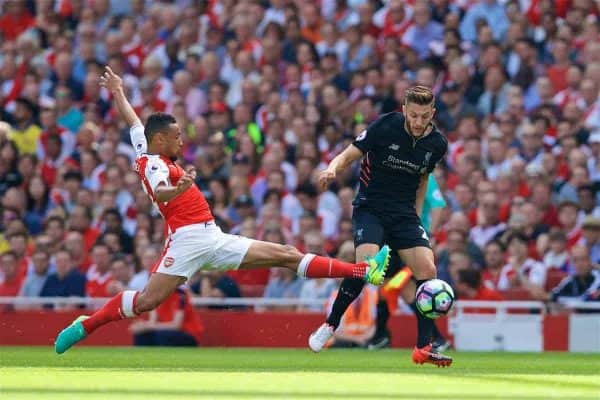 It is not a happy time to be a Reds supporter, with just two wins in 2017 an inexcusably poor record.

The 3-1 defeat to Leicester was horrendous to watch, and having been in the title race at one point, a top-four finish is now genuinely unlikely.

Jurgen Klopp‘s under-fire side welcome Arsenal to Anfield this weekend, with the Gunners and manager Arsene Wenger under similar levels of scrutiny.

There are endless bets available ahead of the showdown on Merseyside – here are some of the best, provided by 888Sport.

As is often the case with matches between the Premier League‘s top six clubs, this is a very tricky match to predict.

The bookies have Liverpool down as the favourites at 11/10, although home advantage is the main reason for that. However, 888Sport are offering 4/1 on a Liverpool victory — click here to get these odds!

Arsenal are 5/2 to go to Anfield and record a vital victory, and the Reds’ current struggles suggests this is a good chance for them to do just that.

The draw is 13/5, which when you consider the last two clashes on Liverpool’s home turf have ended all square, looks the best bet of the three.

Roberto Firmino has been going through a goal drought of late, having not found the net since his double against Swansea City on January 21.

The Brazilian often comes to the fore when there is space to wreak havoc, though, so backing him to score anytime (11/5) is worth your while. He registered a double against the Gunners in last season’s 3-3 draw.

Philippe Coutinho ended his own drought at Leicester, and hopefully it is the start of an improved run of form for the 24-year-old. He is 13/2 to net first or last in the game.

James Milner is always a shrewd bet, given his expertise from the penalty spot, so putting a few quid on him scoring anytime (4/1) is also worth your while. It really is impossible not to see goals in this match, with both sides attack-minded in their approach and leaky in defence.

The odds for there to be a goal in both halves (3/5) look generous, so make sure you don’t miss out on it. The opposite, with at least one half being goalless, is 7/5.

Matches of this ilk can often be spicy affairs, meaning red cards are never too far away. Sticking a small amount on there being a sending off (19/5) would be strongly advised.