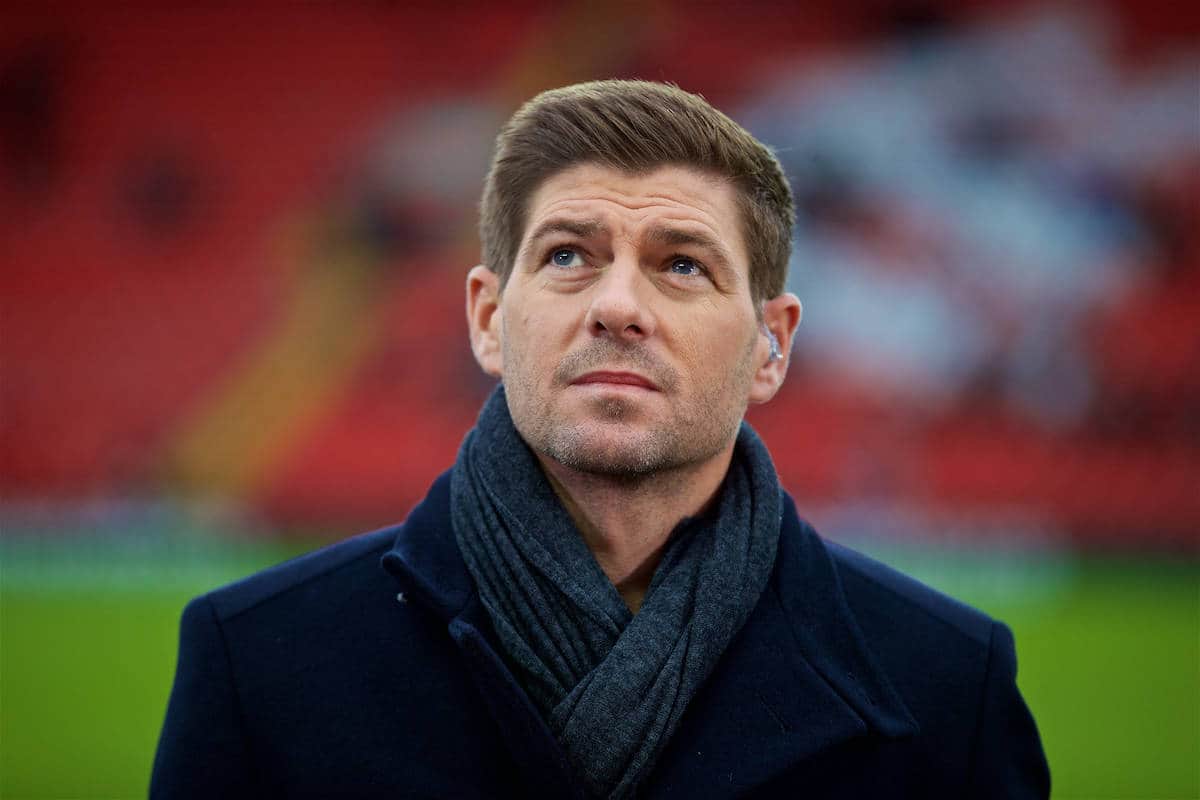 Liverpool youth coach Steven Gerrard could be set to join the England backroom staff, as he looks to further his development off the pitch.

Gerrard rejoined the Reds in an academy role in February, and has spent his first weeks largely working with the U16s at Kirkby.

But the former Liverpool captain has lofty ambitions of management, and has set his sights on working his way to the top—no doubt with a place in the Anfield dugout in mind.

The 36-year-old was one of England’s most important players throughout his career as a player, too, and this could see him join the Three Lions’ coaching ranks in the near future.

That is according to the Independent, who claim Gerrard “has already had exploratory talks with senior FA figures” regarding a possible role.

Ben Burrows suggests Gerrard is seeking “international experience,” and has spoken with FA technical director Dan Ashworth about his next move.

Whether this comes under Gareth Southgate in the senior setup or as part of England’s youth sides remains unclear.

But this would be a logical move, though Burrows suggests that “the role is likely to start out as a more informal arrangement.” There have long been calls for England to involve more former players in their backroom staff, though these have largely come from ex-professionals themselves.

But Burrows suggests “there is a desire within the FA to incorporate some of its ‘Golden Generation’ going forward.”

While Gerrard is still an unproven talent in a coaching capacity, he certainly has the pedigree required to reinforce his ambitions on the touchline.

Having amassed 710 appearances for Liverpool, as well as 114 caps for England, throughout his career, Gerrard is one of the most accomplished English players of recent years.

And his humble approach on moving into coaching is admirable, as he explained in January that “it’s about development, it’s about improving and I know exactly where I am.”

Former Man United right-back Gary Neville was previously part of the England setup, but resigned after the Three Lions’ disastrous run at the European Championship in France in the summer.

The hope will be that Gerrard continues his development out of the spotlight, before testing himself in a bigger role.