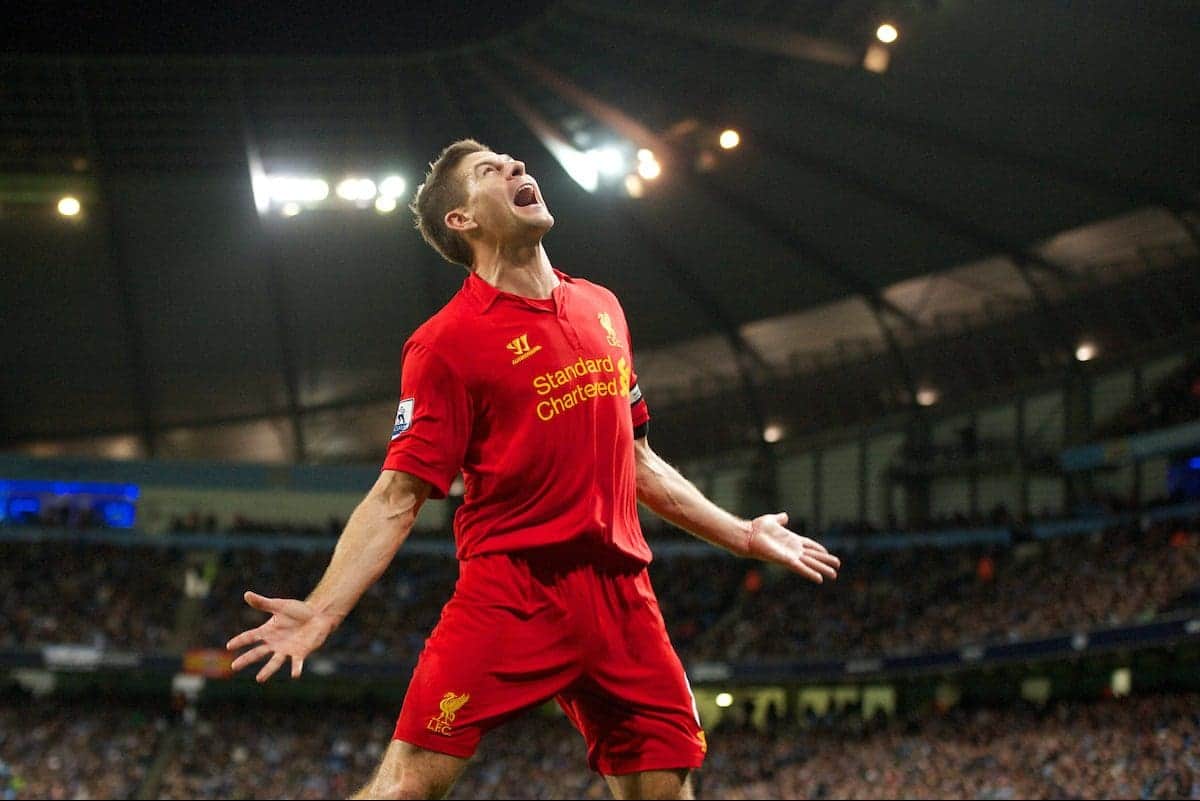 Sunday’s trip to take on Man City at the Etihad Stadium will see Liverpool look for another memorable victory in the Premier League era.

The Reds take on their top-four rivals on Sunday afternoon, after a gritty 2-1 win at home to Burnley last time out, hoping to continue their push for the Champions League.

While City have grown into one of the Premier League‘s most formidable outfits in recent years, Liverpool can take heart from an excellent performance at the Etihad last season.

And that was just one of a number of fine displays away to City since the inception of England’s top-tier competition, as a video package released ahead of the game proves.

Three goals form that 4-1 victory back in November 2015 make Liverpool’s 10 best strikes away to City in the Premier League.

Philippe Coutinho, Roberto Firmino and Martin Skrtel take No. 10, No. 6 and No. 2 respectively, with the rest of the list including some brilliant efforts.

The likes of Ian Rush, Daniel Sturridge, John Arne Riise and Dietmar Hamann all feature, with the Reds putting their northwest rivals to the sword regularly over the past 25 years.

Taking top spot, however, is Steven Gerrard’s remarkable long-range half-volley at the Etihad in 2012/13, chesting the ball down before firing a dipping effort beyond Joe Hart in a 2-2 draw.

Sunday gives Liverpool another chance to add to a plethora of fantastic goals away to City, as well as an opportunity to stabilise their position in the top four.