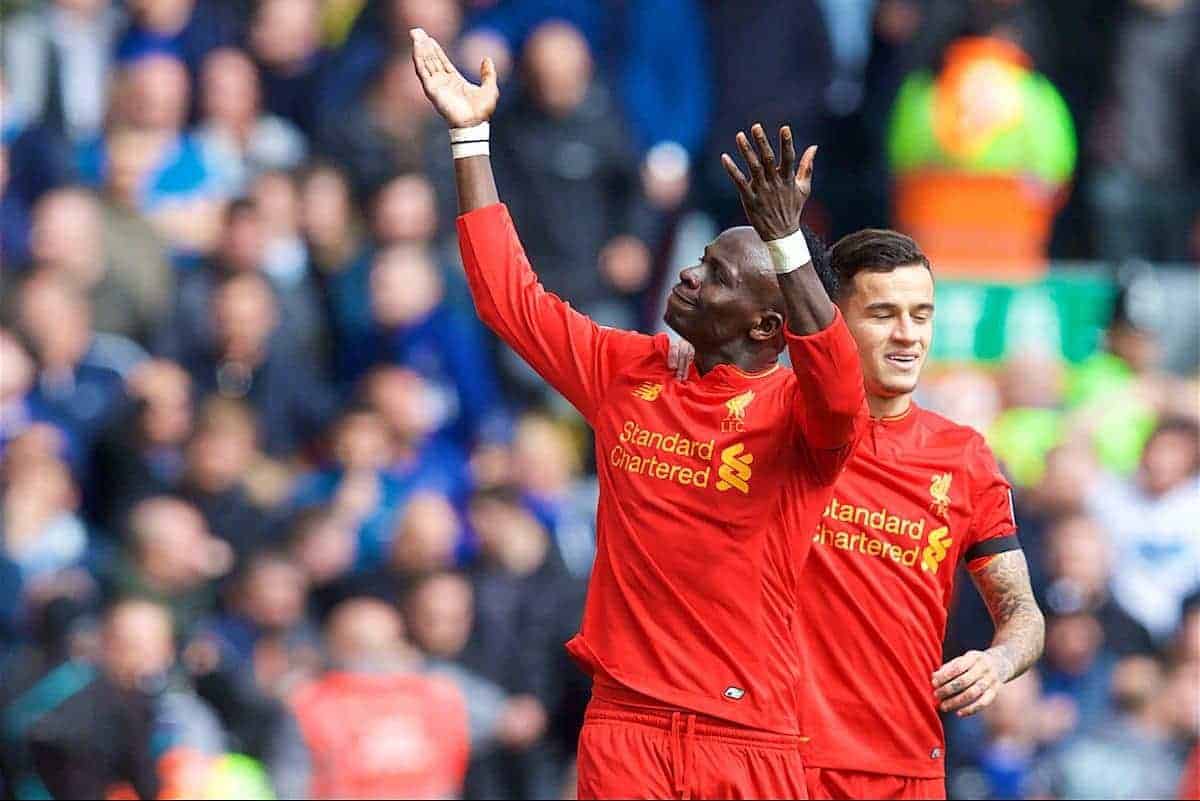 Liverpool came out victorious against their city rivals yet again on Saturday lunch-time as they produced a dramatic display to beat Everton 3-1 at Anfield.

Liverpool have proven they are the strongest side on Merseyside this season after recording their second victory against Everton in 2016-17.

Sadio Mane was the hero at Goodison Park and he opened the scoring this time around too with a terrific individual run from midfield after just seven minutes.

It sparked confidence in Liverpool and they began to press for a second but it was Everton who responded next with a goal against the run of play in the 28th minute.

Following an intense first half, the teams came out firing again and there were a number of feisty tackles from Ross Barkley, Ashley Williams and Emre Can.

Mane appeared to suffer a nasty injury following one of these but Divock Origi healed Liverpool’s wound with a terrific goal within just three minutes of his introduction.

The Reds searched for a fourth while Everton prodded the Anfield defence but Liverpool were able to hold on to secure a 3-1 victory.

Here are all the best reactions from Liverpool supporters on social media;

When Mane scored in the opening 7 minutes, fans erupted on social media…

Still think Mane can get even better which is a really exciting prospect for #LFC – quick, skilful, intelligent & clinical. Top class.

So much composure there from Mané for the goal, big moment in a big game yet looked so calm. Some player.

“You can score all your sh***tty goals, we’ll outscore you with the worldies!”
– Abyss on the forums.

DONT LET HIM BE INJURED

“Well that’s our season over….”
– Adam Pyper on Facebook.

Yesssss big DIVVVVV. Hopefully a sign that he will step up in Mane's likely absence

I love that beautiful Belgian. So so so much.

THREE POINTS AND LIVERPOOL IS ?

Massive 3 points but came at a price #Mane

Merseyside is red! As it should be ?

“Another Derby double!”
– London Red on the forums.

We've played a lot better than that this season but still a relatively comfortable win. Fingers crossed for Sadio Mane! #LFC

Despite a few moments of nervousness. The boys have been decent today. Not outstanding by any stretch, but decent. ?#MerseysideDerby #LFC

“Lovren let Lukaku out of your pocket before he walks back over the park?”
– Stuart May on Facebook.

“Have not seen liverpool enjoying themselves on a field in such a long time. Everybody is putting on a shift. Im so proud of these guys”
– Ahmed Alwan on the forums.