It’s that time of the week when you put some money in your accounts and we provide you with the best bets for Liverpool’s latest fixture. 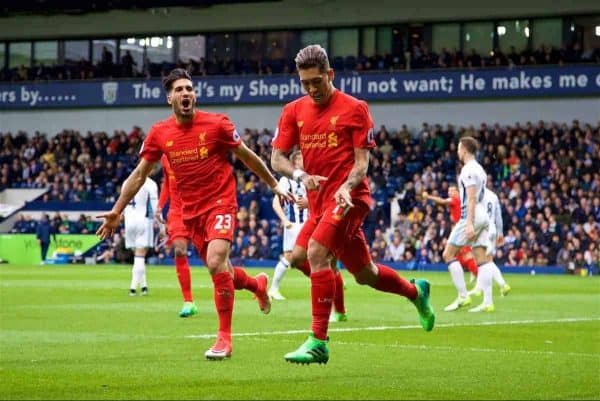 The Reds may not be at their fluent best right now, but they are grinding out wins in impressive fashion.

Jurgen Klopp‘s side have won five and drawn two of their last seven matches, as they continue to look good for a place in next season’s Champions League.

Crystal Palace are the visitors to Anfield on Sunday afternoon, with the Eagles a bogey team for Liverpool in recent years.

It should be an interesting match-up. Ladbrokes have some very enticing odds ahead of the game – and a free bet of up to £50 – register here.

Liverpool’s home form has actually been very good this season, despite the odd sloppy result. They have won 11 of their 16 matches at Anfield, losing just once, against Swansea City in January.

It is, therefore, no great surprise to see the Reds as strong favourites to beat Palace (10/21) and strengthen their position in third place.

The visitors have won on their last two trips to face Liverpool, however, and Sam Allardyce’s men are 6/1 to complete a hat-trick. That would be a mighty blow.

The draw is 16/5, which could start to look likely if Palace silence the Anfield crowd early on. Roberto Firmino has been a real talisman of late, notching the winning the goal against both Stoke City and West Brom.

The 25-year-old is a tempting 4/1 to score first on Sunday, which would put him level with Sadio Mane on 13 goals, becoming Liverpool’s joint-top scorer this season, in the process.

His compatriot Philippe Coutinho could also be worth a punt to open the scoring (5/1), while Divock Origi netting anytime (11/8) also looks good value.

Georginio Wijnaldum is still searching for that elusive first ever away goal in the Premier League, and you feel it isn’t too far away now. The Dutchman is 29/10 for an anytime goal.

The goals have dried up a little in Liverpool games of late, with an uncharacteristically pragmatic approach taken by Klopp.

Despite this, Sunday is an opportunity to turn it on in front of the home crowd, and the Reds may thrive on a pleasant April afternoon.

Our scorecast tip this week is Origi to score first and Liverpool to win 3-1, at 30/1.