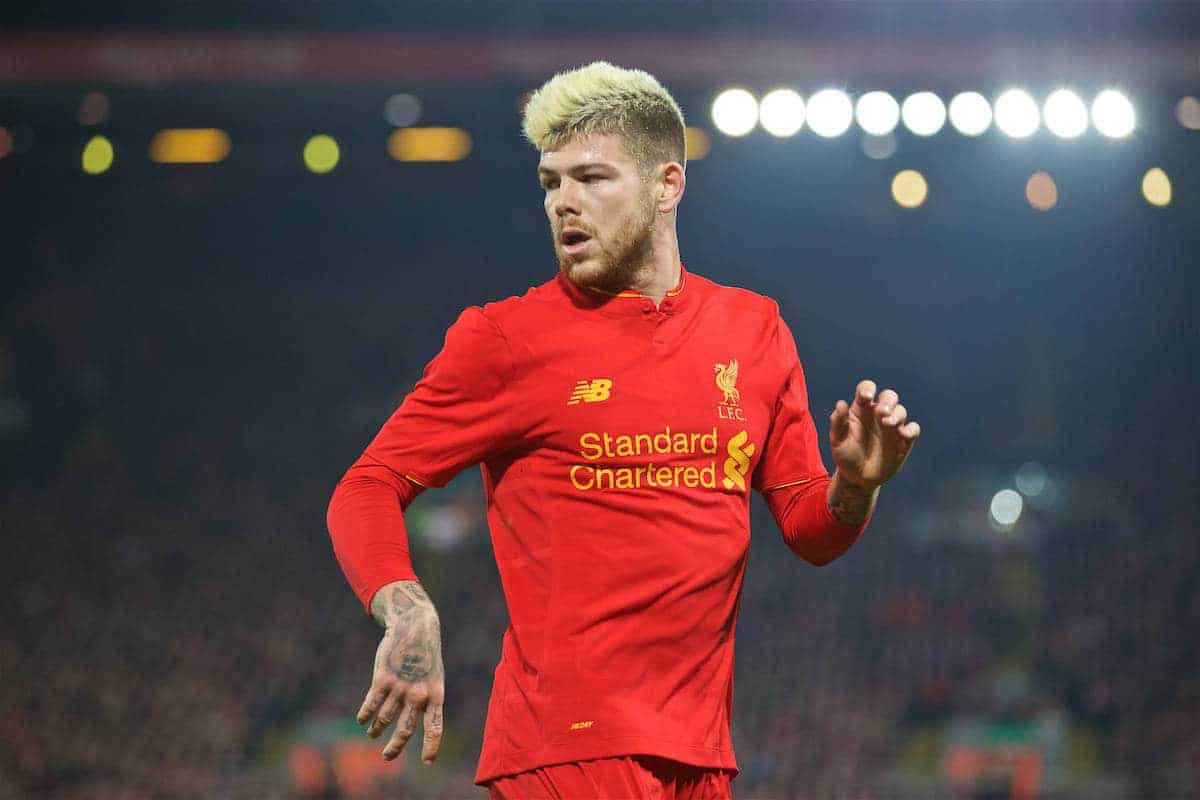 Liverpool left-back Alberto Moreno is expected to leave the club this summer, with the 24-year-old likely to return to La Liga.

Moreno has made 17 appearances for the Reds this season, with only two starts in the Premier League and an average of 49 minutes on the field per outing.

Despite being in the matchday squad for every game, Moreno has played fewer minutes (831) than every outfield player over the age of 23 bar Kevin Stewart (372) and Danny Ings (49).

The left-back has found himself at odds with Jurgen Klopp‘s defensive hierarchy, behind James Milner, and all signs point to a summer departure.

According to the Liverpool Echo, “a return to Spain is on the cards with Liverpool keen to recoup what they paid for him.”

Moreno joined the Reds from Sevilla in a £12 million deal in 2014, having established himself as one of the most promising left-backs in Spain.

His reputation has been damaged since moving to Merseyside, but he remains an attractive option in La Liga.

Reports in April suggested Liverpool had already fielded enquiries as to Moreno’s availability, with Atletico Madrid, Inter Milan and AC Milan all said to be interested.

Atletico left-back Theo Hernandez has been linked with a number of clubs during his impressive season on loan with Alaves, and it could be Moreno is drafted in to replace the high-value 19-year-old.

Interestingly, the Liverpool Echo have also rubbished claims on Wednesday that Klopp was looking to sign two new left-backs ahead of the 2017/18 campaign.

Fulham‘s Ryan Sessegnon and Hull City‘s Andrew Robertson were mooted as targets, but despite scouting the latter, it’s claimed Liverpool have “no plans to follow up their interest.”

Instead, Sessegnon is the prime target, and with Fulham missing out on promotion to the Championship following their play-off semi-final defeat to Reading, a deal is now more likely.

This would suggest that Milner is set to keep his place as first choice left-back next season, with 17-year-old Sessegnon serving as his deputy.

Milner has been in solid form throughout the season but has shown signs of fatigue and there are clear limitations to his game.

But Klopp clearly has faith in the former England international, with Sessegnon unlikely to arrive as first choice, with just one season of first-team experience to his name.