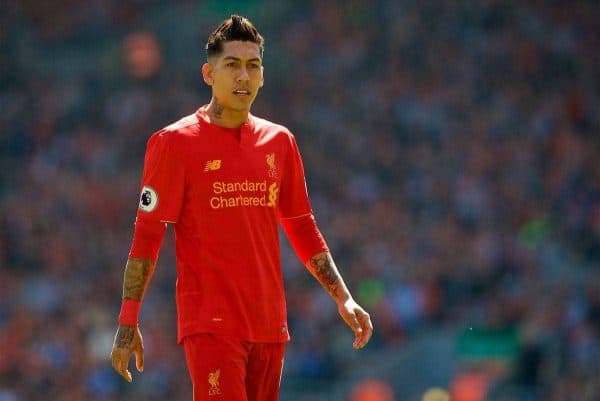 Jurgen Klopp has made just one change to his Liverpool starting lineup, as he looks to inspire victory over Middlesbrough, and a top-four finish.

A win over Steve Agnew’s Boro will ensure the Reds a place in next season’s Champions League, with either Arsenal or Man City missing out.

Having secured a vital 4-0 win away to West Ham last time out, Liverpool will be confident heading out at Anfield for the last time this season.

Lifted by that win at the Olympic Stadium, Klopp has opted to make a sole change to his side for Sunday.

This means Simon Mignolet makes his 180th appearance for the club between the sticks, behind a back four of Nathaniel Clyne, Joel Matip, Dejan Lovren and James Milner.

In midfield, Emre Can will be joined by Georginio Wijnaldum and Philippe Coutinho, with Adam Lallana further forward.

And with the England international likely operating at tip of a midfield diamond once again, he will support the pairing of Daniel Sturridge and the returning Roberto Firmino up front.

The Reds were in excellent form in Klopp’s new-look 4-4-2 against the Hammers, and this should give them a great chance of taking all three points when it matters most.