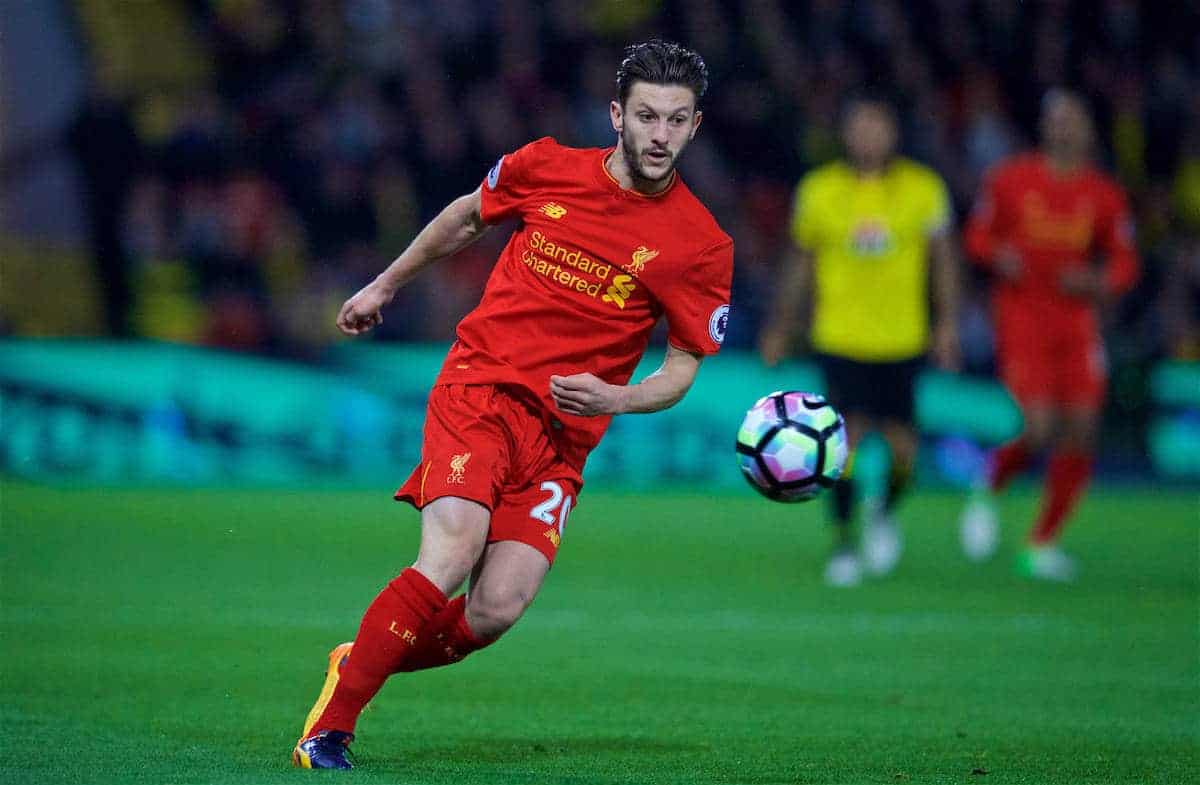 Jamie Carragher was effusive in his praise of Liverpool midfielder Adam Lallana after he made his return in Monday night’s 1-0 win away to Watford.

Lallana made his comeback after four-and-a-half weeks on the sidelines, having picked up a thigh injury while on duty with the England squad.

The 28-year-old replaced Philippe Coutinho after just 13 minutes at Vicarage Road, with his introduction coming sooner than planned, having only trained twice in the buildup.

But his impact was clear, with Lallana’s movement and quick feet giving Liverpool a vital new dimension in the final third, as they sought to break through the Hornets back line.

It fell to the brilliance of Emre Can to seal victory in Hertfordshire, but speaking after the game, Carragher highlighted Lallana’s performance as indicative of his growing influence.

And ahead of next weekend’s home clash with Southampton, Carragher stressed the need for Lallana to start.

“He makes other people play better, I think that’s a great sign as a footballer that you do that. He’s now providing that final end product.

“He’s got to go in the team [against Southampton] you have to take one of the central midfield three out. You have to, he’s just that good and that important.”

Given the form of Can, Georginio Wijnaldum and Lucas Leiva of late, it would be a difficult task for Klopp to rejig his midfield trio at Anfield on Sunday.

But Lallana’s successful return does demand a place in the starting lineup, as the Reds push for a top-four finish.

The midfielder took up a role on the right side of Liverpool’s forward line on Monday night, with Roberto Firmino moving out to the left following Coutinho’s departure.

It could be that, if Coutinho is ruled out despite his injury only proving minor, this is where Lallana is called upon again.

Carragher’s praise is apt, with Lallana reaching a new plateau under Klopp this season, and his all-action midfield displays have been missed in recent weeks.

The importance of his reintroduction cannot be overstated, as Lallana is arguably as important as Coutinho, Firmino and Sadio Mane, growing into one of Liverpool’s most important players.