As Liverpool prepare to take on Southampton in their penultimate home game of the season on Sunday afternoon, we’re on hand with our betting preview to get you in the mood. 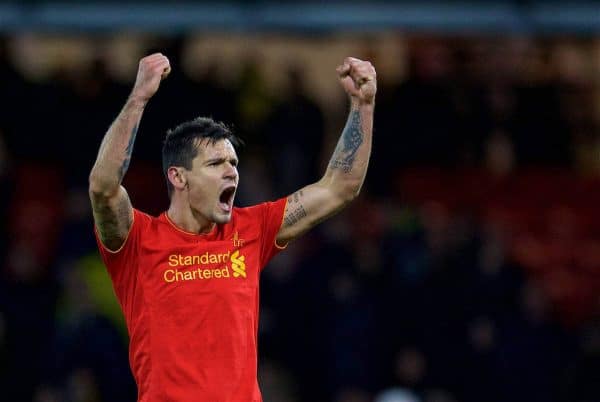 The Reds entertain the Saints in a crucial Premier League fixture on Sunday afternoon, as Jurgen Klopp‘s team look to edge one step closer to Champions League qualification.

Monday’s narrow win at Watford was absolutely huge, especially with Man City, Man United and Arsenal all dropping points the day before, and they could now finish the season in third place.

Liverpool cannot afford to get ahead of themselves, however, and Southampton are a side who have troubled them over the years.

As always, we’re here to provide you with our betting preview and there’s a free £50 bet for all readers with Ladbrokes. Which odds catch your eye?

Despite not beating the Saints in three attempts this season, and not scoring in that time, Klopp’s men are favourites for the win on Sunday.

They are 8/13 to prevail at home to the south coast outfit for only the second time since 2012, strengthening their hold on third place in the process.

The two sides played out a 0-0 draw in the league at St Mary’s back in November, and Claude Puel’s team are never easy to overcome. The draw is 27/10.

A Southampton win would really set the cat among the pigeons, and cause a seismic meltdown among the Liverpool fanbase. They are 5/1 to trigger it.

Adam Lallana returned to the side as a substitute against Watford, having not featured since March because of injury, and he was desperately unlucky to see his first-half volley cannon off the crossbar.

The 28-year-old looked sharp throughout, and he would love to find the net against his former club. Lallana is 15/8 to score anytime, which represents good value.

Philippe Coutinho is expected to be fit, despite being replaced by Lallana early on at Vicarage Road, so backing him to register during the match (7/5) is worth your while. The Brazilian to be first scorer (9/2) is also tempting.

Dejan Lovren will spend the afternoon being booed by the fans who used to cheer his name, and he will be out to prove a point. Back the centre-back to score anytime (12/1) and silence the jeers.

In the three contests between the two teams this season, there have been just two goals, which suggests Sunday will be a very tight affair.

Liverpool are not clicking in front of goal, and Southampton are resolute defensively, so putting some money on under 2.5 goals (11/10) is a good bet.

Under 1.5 goals (3/1) could also easily come in, especially judging by recent clashes, but there is more of a risk element there.

Our scorecast tip for the game is Lallana to net first and Liverpool to win 1-0, at 28/1.