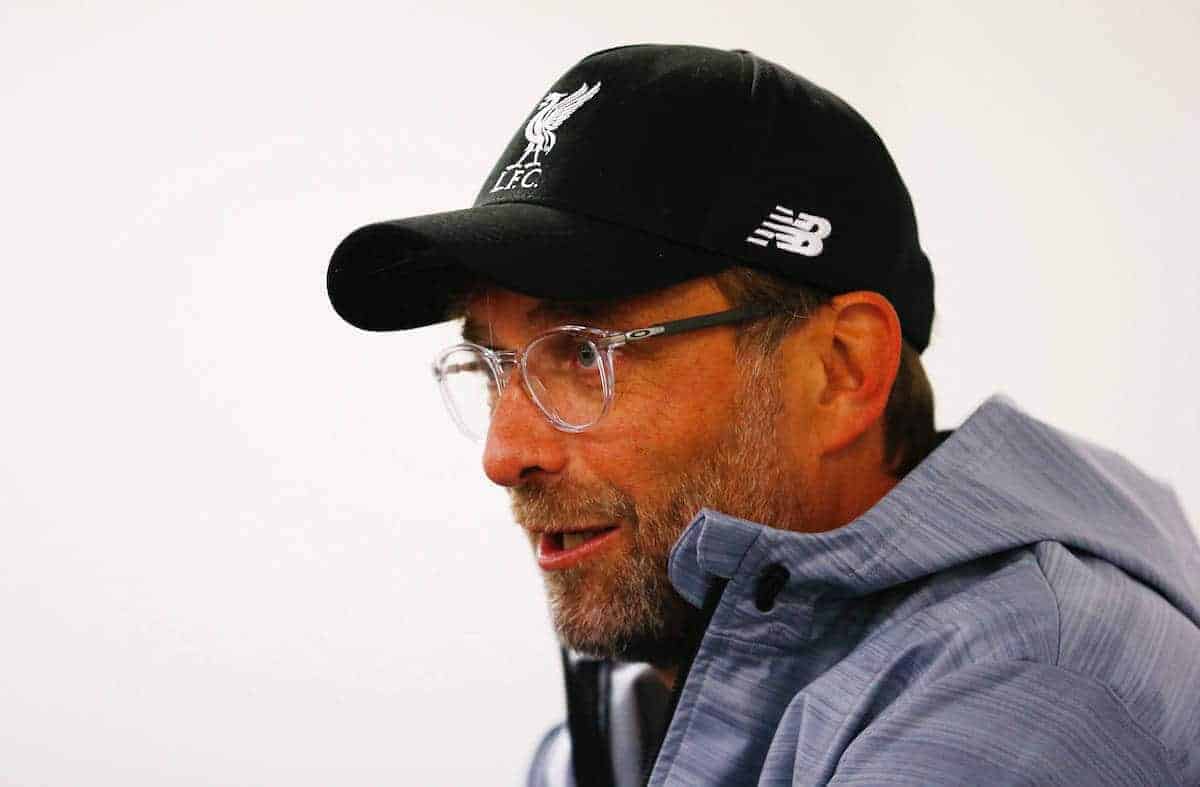 It’s been a season of tactical evolution for Liverpool under Jurgen Klopp, and one which should serve the team well going into a busy 2017/18 campaign.

On arriving in the Premier League one of the few criticisms of Klopp was that he was supposedly tactically inflexible, but on responding to the numerous problems his side have faced this season he’s begun to prove that wrong — even if the changes made haven’t always worked.

Hopefully, the next generation of coaches will learn from the mistakes made by rigid 'teachers' like Klopp & Louis van Gaal being inflexible

If Klopp takes us now, it will be worse. Klopp is not only attack minded, he is inflexible. That defense can't play in a Klopp team

For a start, he ditched his once-preferred formation of 4-2-3-1 and began this season using a 4-3-3 setup, which he’s stuck with for the majority of the campaign.

Many managers who get tarred with the ‘inflexible’ brush are rigid in their general philosophy, but when it comes to actually carrying it out they are more than willing to change things on the pitch.

Once the 4-3-3 was set it had Liverpool on the way to a title challenge. At the end of 2016 they sat second in the table, just six points behind leaders Chelsea. Klopp experimented with a few alternatives during this time, but stodgy lineups which packed the centre of the park failed to stretch the opposition defence and led to predictable attacking play.

This wasn’t helped by the ineffectiveness of the full-backs who were now tasked with providing the width in the absence of a quality winger.

Nathaniel Clyne and, especially, James Milner struggled to get anything going in attacking areas, and it was this period more than any that highlighted the need for extra personnel if Klopp was to be successful with his tactical changes. The reluctance to turn to Alberto Moreno in place of James Milner may have been an error, as the Spaniard would offer pace, width, and left-footedness in the final third—but he was only used once, in the FA Cup defeat against Wolves.

The tactics were flexible, but also ineffective. However, they’ve highlighted the fact that the recruitment team need to bring in at least one more winger, and this should be remedied this summer.

Counter pressing has become the norm for Liverpool, and all the players now appear to be aware what is expected of them in this area after Klopp’s first full season in charge.

He described the 5-1 against Hull at Anfield as “the best game of counter-pressing we’ve played,” but after 3-1 win against Arsenal later in the season he also spoke about some of the pitfalls of pressing individually rather than as a unit. Adam Lallana was impressive in the match but the manager was keen to point out why.

“When we are compact. It’s really nice to have Adam because he jumps out of a compact formation and triggers the pressure or sets the tone,” said Klopp.

“The problem is — and that’s in a few games really — when we are not compact and Adam does the same, he opens a gap for the opponent and there’s a one on one in a big area and you cannot win all these things.

“Today we were as a group really compact, what we wanted to be. Stability is the base for everything and we wanted to be stable, so we worked really well in these parts together and it’s nice to have Adam in this role.”

There’s an emphasis on team shape regardless of the formation, and this is something Klopp and his assistant Zeljko Buvac have tried to drill into their players since arriving at the club.

Serbian coach Buvac has been known to physically move player into their optimum position when the side are working through different phases of play in training at Melwood.

Positional play became more prominent in the Premier League with the arrival of Pep Guardiola, whose training involves the use of various zones which players move into depending on the state of the game and the current move.

The ideas of positional play differ from manager to manager, but there are similar themes which flow through the styles of Klopp and Guardiola.

This season Liverpool’s manager has also been compared to Brazil manager Tite, who has spoken of their similarities.

Tite uses a type of positional play called “jogo apoiado.” Again the translation is easy and it simply means support play or support game. Pass and move, if you like!

“Klopp is implementing jogo apoiado at Liverpool in his 4-3-3,” said Tite. “The attackers are always moving, exchanging position. Dynamic system.”

Both managers have been praised for getting the best from Philippe Coutinho, but while Tite uses him on the right, Liverpool’s No 10 has had his most productive season playing from the left in Klopp’s system.

Later in the season there were rumblings about a move to midfield for the maestro, and in the last two games Coutinho was outstanding in a role in the centre of the park somewhere between an No. 8 and a No. 10. This final tactical change of the season hints at a future with more pace in the front three, with the Brazilian sat behind them pulling the strings.

Not just pace, though, but also players who time their runs well on the back of the opposition defence.

This may also mean a future at the club for Daniel Sturridge, who came into his own in the last two games of the season playing in alongside another forward in the diamond formation.

Next season the team could alternate between the diamond and the 4-3-3. The former would require a new signing at full back to provide width, and the latter would benefit from a new addition on the wing to provide pace.

Both of these positions are on the club’s shopping list judging by the players the club have been linked with ahead of the summer transfer window.

This pre-season should see Klopp begin to hone existing tactical structures rather than introducing any new ideas to the current squad members.

New signings may need some time to embed themselves into the system(s), but many of the players identified by the recruitment team should already be well-versed in this style, else they wouldn’t be being targeted to begin with.

It’s only Klopp’s second summer transfer window and he will use it to fine-tune certain areas of the squad, and fill gaping holes in others.

The tactical evolution of the team under his management means that this process is made much easier as players are coming in to fill defined roles and carry out certain tasks.

The added challenge of European competition will mean that the 2017/18 season will be a big test of the German’s tactical flexibility.

This is where the groundwork put in place over the past two seasons should start to pay dividends, as the club try to challenge on all fronts and get Klopp his first trophy as Liverpool manager.