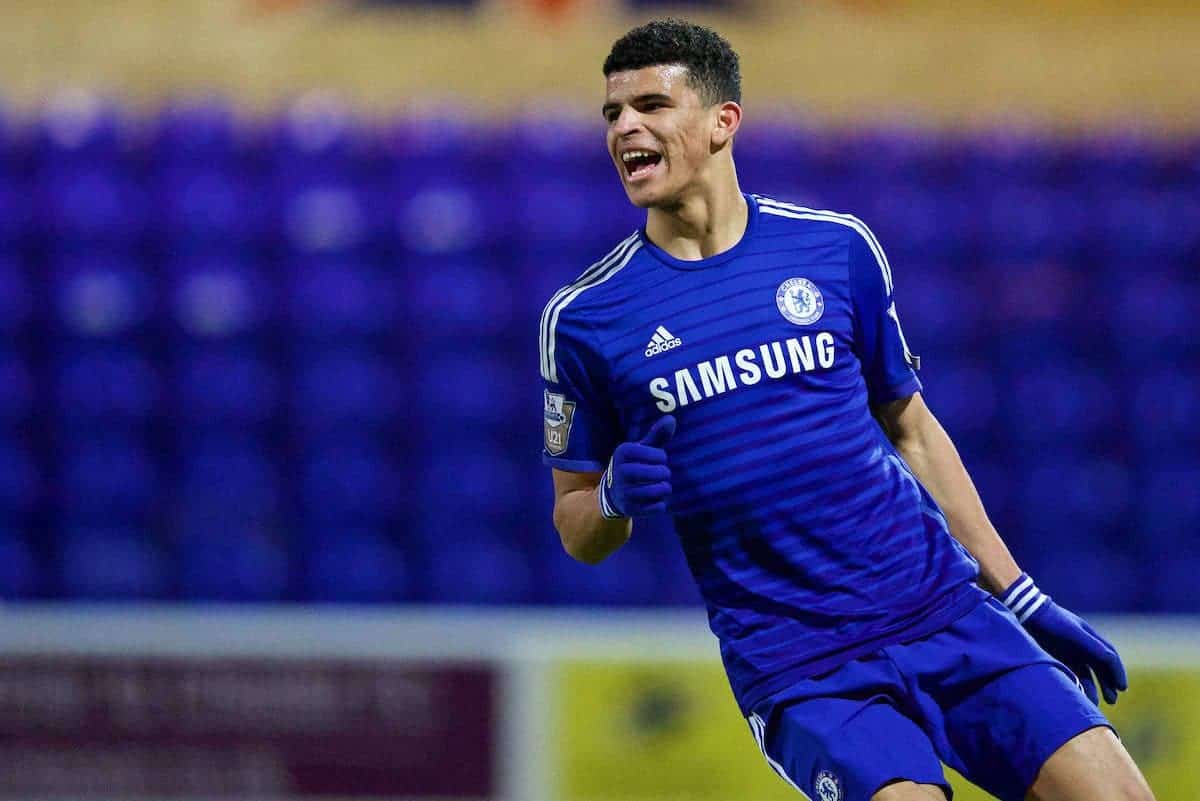 The first addition of the summer to fight for a place in Liverpool’s first team is set to be Chelsea striker Dominic Solanke.

Early in the 2016/17 season, the Reds were linked with a summer move for Solanke, who would be out of contract at Stamford Bridge—and now the move seems certain, pending a tribunal fee decision.

While the striker is currently away on England duty at the U20 World Cup, the Echo reports the move is agreed and the Reds have seen off the likes of Celtic and RB Leipzig to land him.

Since the 19-year-old’s contract has expired and he has opted not to sign Chelsea‘s new deal, his fee will be decided by tribunal, with the Reds “expecting to pay around £3 million” for him.

Taking into account Danny Ings‘ tribunal move for £6.5 million from Burnley in 2015, rising to £8 million depending on performance bonuses, the £3 million estimation seems reasonable considering Solanke is not yet established in the first-team scene. Having made his Chelsea debut in 2014/15 in the Champions League, the blues’ youngest-ever player in the competition, Solanke was sent out on loan to Vitesse for 15/16, where he netted seven times and assisted once in 25 Eredivisie games.

This past season, however, he remained at Chelsea to try and force his way into the side—but a single appearance on the bench, unused, in the Premier League, and a further two bench spots in the EFL Cup, highlighted his plight and he has opted to move on.

The Echo report he will be included on the club policy of paying youth players no more than £20,000 per week, and with experience of winning the UEFA Youth League once and FA Youth Cup twice already in his short career, he should prove a fine addition to the Reds’ under-23 options.

Of course, the main objective for Solanke will be to provide Jurgen Klopp with an alternative to use in senior matches as striker, so Reds fans may be interested to know he has already scored once at the U20 World Cup, a group-stage penalty.

England are in the last 16 against Costa Rica, with Solanke hoping to add to his two starts and one sub appearance so far.