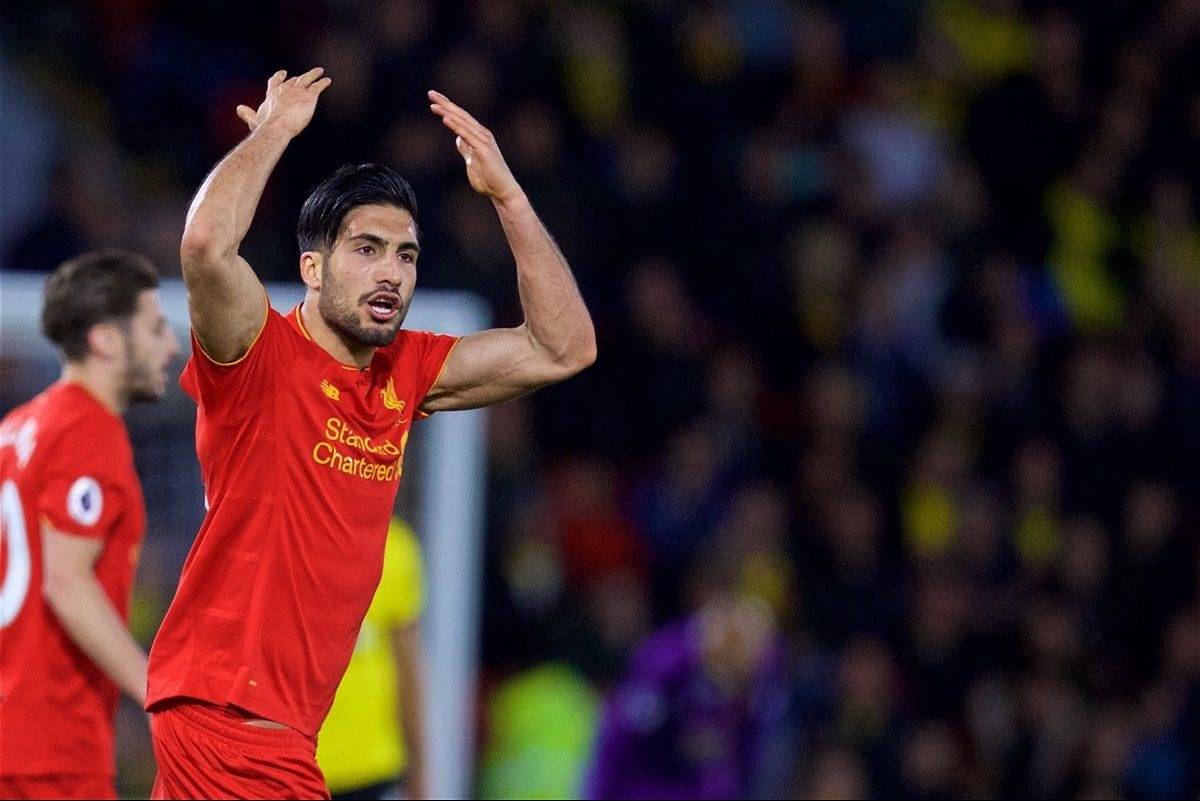 Liverpool registered a victory of huge importance on Monday night, with the Reds winning 1-0 thanks to an outrageous Emre Can strike.

After losing to Crystal Palace last weekend, a response was badly needed by both Jurgen Klopp and his under-fire players.

With Man City, Man United and Arsenal all dropping points on Sunday, the trip to Vicarage Road represented a wonderful chance for Liverpool to gain ground on their rivals.

The night did not get off to a promising start for the Reds, with the talismanic Philippe Coutinho leaving the field with just 13 minutes on the clock. His replacement, Adam Lallana, did well on his return from injury, however, and hit the crossbar with a superb first-half volley.

Both Simon Mignolet and Joel Matip enjoyed good performances at the back, with the duo composed and authoritative throughout. Nathaniel Clyne was less impressive, though, with both the 26-year-old and James Milner not offering enough from right and left-back, respectively. Can’s incredible acrobatic effort was the standout moment of a rather forgettable match, as the German continued his very impressive recent form.

He will do well to score a better goal in his career.

Klopp certainly enjoyed celebrating with his compatriot, both straight after the goal and once the final whistle had blown later on in the night. Attention now turns to Sunday’s visit of Southampton, with Liverpool looking make third place in the Premier League their own.

With the match coming directly before Arsenal take on United, it is a great opportunity to put more pressure on those below them.