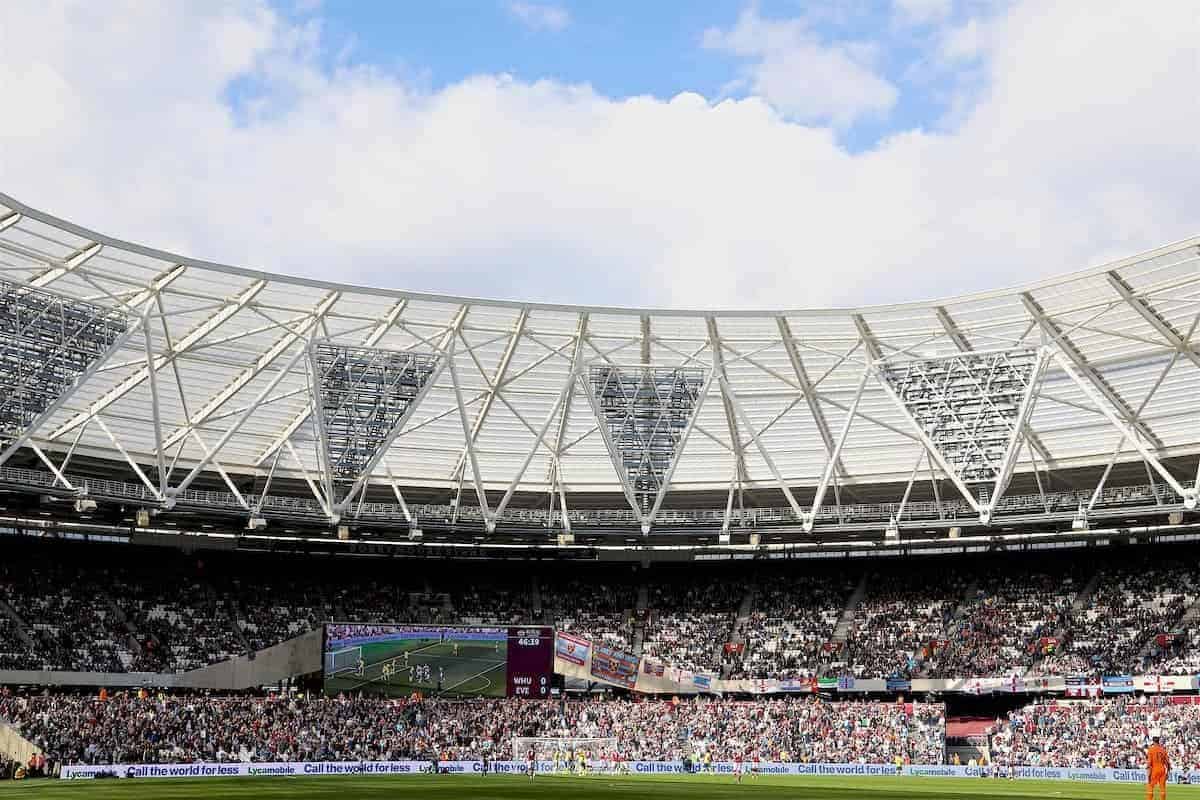 Here’s how to watch West Ham vs. Liverpool in the Premier League on Sunday afternoon live online and around the world.

Despite being held to a goalless draw by Southampton at Anfield last Sunday, somehow Liverpool are still in control of their destiny of a top four finish and Champions League qualification.

But with Manchester City and Arsenal breathing down their neck, anything short of a victory at London Stadium on Sunday afternoon will cause a headache for Jurgen Klopp going into the last week of the season.

West Ham‘s season is effectively over, safe from relegation and now playing for places in mid-table. Slaven Bilic’s side come into the match undefeated since the start of April, and off the back of a 1-0 victory over Tottenham.

West Ham vs. Liverpool is being shown live on Sky Sports 1 in the UK, which is available to live stream with a NOW TV day pass (10% off).

This Is Anfield readers can also grab a Sky Sports Month Pass for £33.99 a month to also watch Sky Sports’ coverage of the final weekend of the Premier League season.

West Ham vs. Liverpool is being shown live on NBC SN in the US, which is available to live stream with FuboTV.