The start of the new Premier League season may be over two months away, but the odds are already available for anyone who fancies a punt. 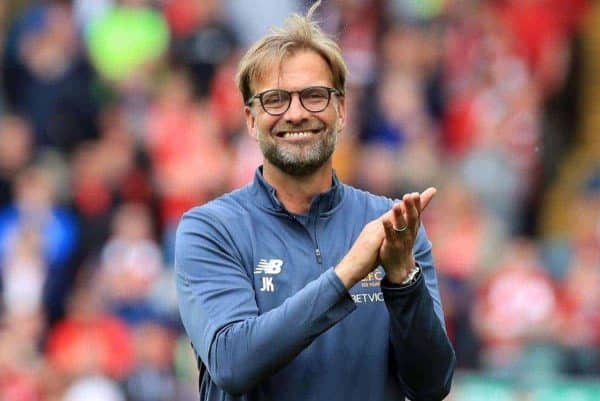 Back in the day, fans would switch off from football during the summer, enjoying their holidays, watching Wimbledon and preparing themselves mentally for the next gruelling campaign that lay ahead.

The modern game is just not like that, however, with fans desperate for a daily fix of anything related to their team or their rivals.

Betting is also far more high-profile than it once was, and it is no surprise to see endless odds already available for the 2017/18 season.

Here’s how the bookies think things are looking ahead of the new Premier League campaign.

Liverpool have current odds of 9/1 to seal a first league since 1990, making Jurgen Klopp’s side fifth-favourites for glory. Why not stick a few quid on it!

Man City (2/1) are the favourites to win a third league crown in six years, with Pep Guardiola set to spend big on a number of excellent signings.

Reigning champions Chelsea (3/1) are not too far behind, although the addition of Champions League football will make things harder for them.

Man United are next, at 7/2, with Jose Mourinho in a similarly wealthy position to his adversary Guardiola. Both Manchester clubs will make sizeable improvements, unfortunately.

North London rivals Tottenham and Arsenal are 8/1 and 12/1 respectively.

Another fourth-place finish has to be the absolute minimum requirement for Klopp next season, with 2017/18 requiring a genuine title challenge.

The betting for Champions League qualification via the league is incredibly tight, with both Liverpool and Arsenal 10/11 to be playing in Europe’s greatest club competition in 2018/19. The Gunners could qualify by winning the Europa League and finishing fifth or sixth, though.

What the bookies are really saying is, “your guess is as good as mine”.

Unfortunately for Klopp, his close friend David Wagner will be heading straight back down to the Championship, if the odds are to be believed.

Wagner’s Huddersfield Town side are 4/7 for relegation, with Burnley (5/4) and fellow newly-promoted outfit Brighton & Hove Albion (6/5) favourites to join them.

Former Liverpool manager Rafa Benitez should keep the Magpies up, however.

Silly season is here and there’s been plenty of high profile players linked with a move to Liverpool this summer.

Not least of all is the saga of Dutch international Virgil van Dijk. The Southampton defender is still 1/1 to make a switch to Anfield this summer, despite recent complications.

Alex Oxlade-Chamberlain is 3/1 to leave Arsenal for Liverpool, while Chelsea are favourites to sign Middlesbrough defender Ben Gibson at 3/1. Liverpool are going second-favourites for the 24-year-old’s signature at 6/1.

The bookies think Daniel Sturridge is most likely to stay at Liverpool – he’s 1/3 to stay, with Paris St-Germain 6/1 to swoop in for a deal.