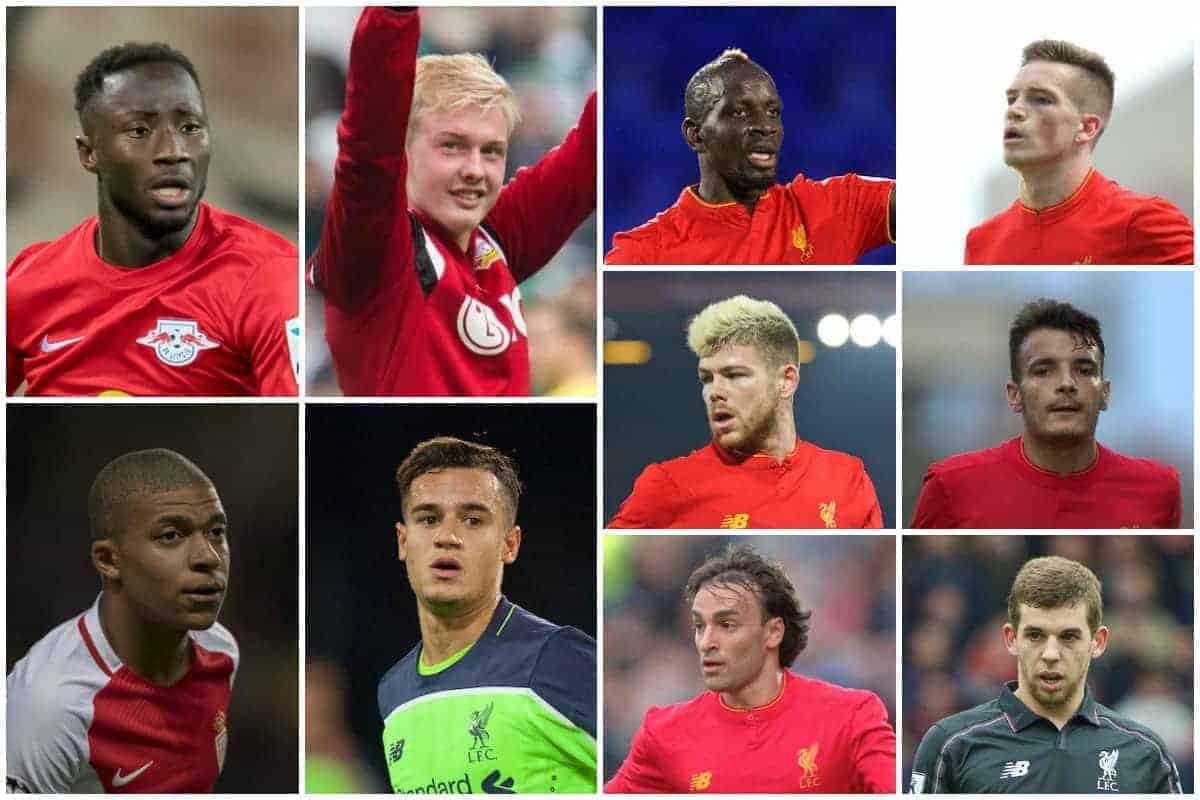 Liverpool’s busy summer window is set to rumble on, and here we round up the latest transfer news and rumours from Merseyside.

Jurgen Klopp has already broken the Reds’ transfer record with the signing of Mohamed Salah from AS Roma, with the winger arriving to wipe Andy Carroll’s name from the Anfield annals.

The German is not set to stop there, however, and the start of the week has been dominated by Liverpool’s interest in RB Leipzig midfielder Naby Keita.

With reports on Sunday night suggesting Leipzig had named their asking price at around £70 million, the English press continued speculation on Monday morning.

The Guardian reported that, contrary to word from Germany, Keita was eager to leave the Red Bull Arena—as corroborated by Bavarian journalist Raphael Honigstein.

This would be a major outlay for the Reds, but as FOX Soccer’s Bundesliga expert Keith Costigan told This is Anfield, the 22-year-old would be “the perfect fit for Klopp’s Liverpool.”

Costigan had previously backed a move for another import from the German top flight, but Julian Brandt has now explained why he opted to stay with Bayer Leverkusen.

“My gut feeling and my head are telling me the time to move has not arrived yet,” he told kicker. “I have to straighten things out in Leverkusen.”

Whether Brandt would have been a better signing than Salah anyway, however, is certainly up for debate.

A confusing story flowing from the rumour mill this month comes with Liverpool’s interest in Monaco wonderkid Kylian Mbappe, as where he’d fit in at Anfield is unclear.

Obviously signing a talent at the level of Mbappe, with the 18-year-old primed to develop into one of the world’s best, would circumvent typical logic.

But according to reports in France, Real Madrid have contacted Mbappe’s father to explain his potential role at the Santiago Bernabeu, with a move to the Liga giants seemingly in the offing. Any move for Keita, Mbappe or Klopp’s other priority target, Southampton centre-back Virgil van Dijk, would require a major outlay, and BBC Sport’s Phil McNulty has provided an insight into how Liverpool will raise further funds.

He has reiterated the Reds’ hardline stance in negotiations to sell Mamadou Sakho and Alberto Moreno for £30 million and £15 million respectively.

Meanwhile the Liverpool Echo‘s James Pearce has taken a similar line regarding out-of-favour winger Lazar Markovic, with the club determined to sell for no less than £20 million.

Pearce continues to speculate over the futures of Jon Flanagan, Connor Randall, Cameron Brannagan and Pedro Chirivella, suggesting the academy quartet are likely to leave Merseyside this summer.

Fellow Liverpool U23s talent Ryan Kent could also move on, with the Mirror suggesting Birmingham City are among a host of Championship clubs eager to sign the winger on loan.

Given he impressed with Barnsley last season, it should be no surprise to see the majority of sides in the English second tier interested.

However, Pearce has also revealed that Klopp is eager to take a closer look at Kent during pre-season before deciding whether to sanction another departure.

Could the 20-year-old find himself playing deputy to the likes of Salah and Sadio Mane next season? Finally, some encouraging news has travelled over from the continent, with Spanish outlet Sport claiming that Barcelona had “parked” their interest in Philippe Coutinho.

They are said to be focussing their attentions on Paris Saint-Germain midfielder Marco Verratti instead.

It would be a big surprise to see Coutinho go anywhere this summer, with Klopp building something special as the Reds prepare to return to Europe’s elite in 2017/18.