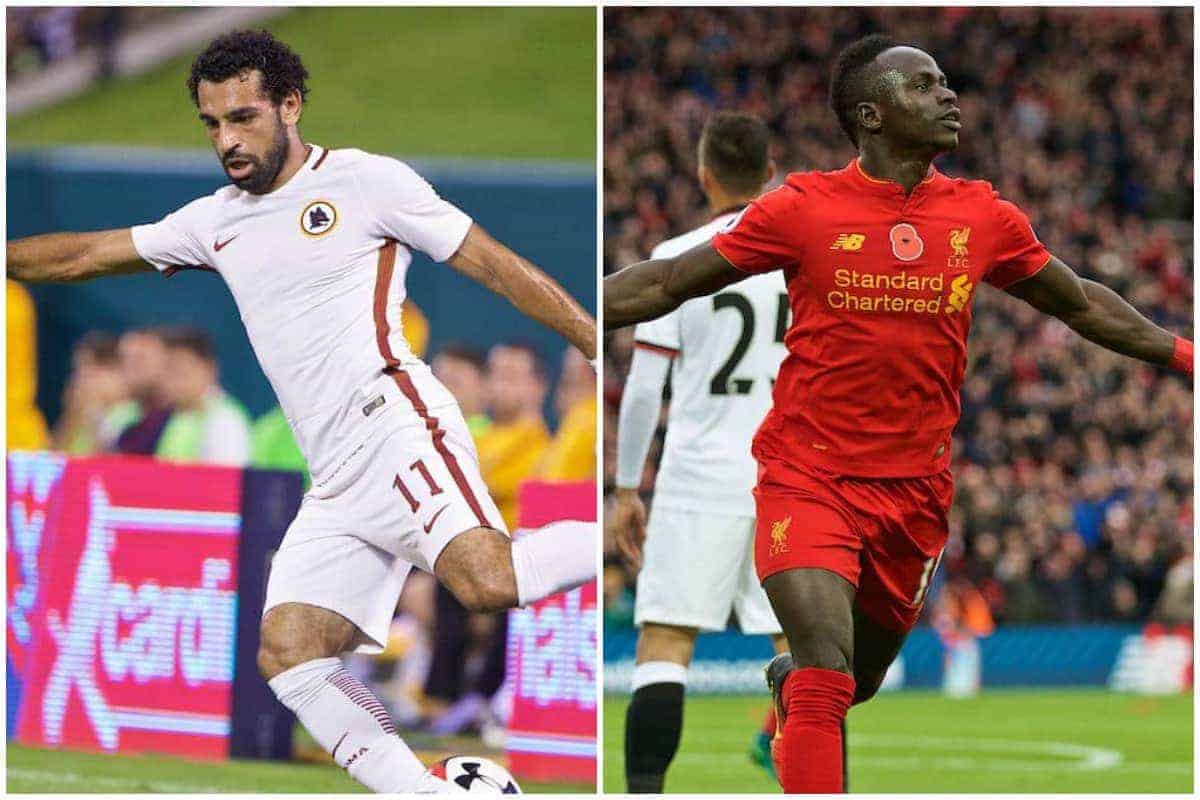 With Mohamed Salah set to join Sadio Mane as part of Jurgen Klopp‘s wide ranks at Liverpool, the German has found the ideal attacking duo.

The 25-year-old is due to travel to Merseyside to undergo a medical on Thursday, with a deal expected to be announced this week.

In line to break the club’s transfer record, with Liverpool to pay around £39 million for his services, Salah will arrive as a key player for Klopp’s Reds.

The Egypt winger should complement Mane as Klopp’s other first-choice winger, providing the German with another accomplished wide talent, after struggling for depth last term.

Ahead of Salah’s move, KickOff compared his output for Roma last season with that of Mane in his maiden campaign with Liverpool.

And with both proving hugely successful in 2016/17, they look set to be the perfect pair for Klopp for next season and beyond:

With Salah making three more Serie A starts and playing 240 more minutes, he scored 15 goals and made 11 assists, compared to Mane’s 13 goals and five assists in 26 starting appearances for the Reds.

Of those goals, however, Mane proved the more directly influential, scoring both the most opening goals (six) and winning goals (five).

Both proved equally as successful at home, scoring nine goals each, while Salah made more of an impact away, with six strikes to Mane’s four.

That Salah’s output came in the arguably less demanding Italian top flight serves as one caveat, however.

But the former Chelsea winger looks capable of translating this to the English stage, just as Mane was able to when he swapped Red Bull Salzburg for Southampton in 2014.