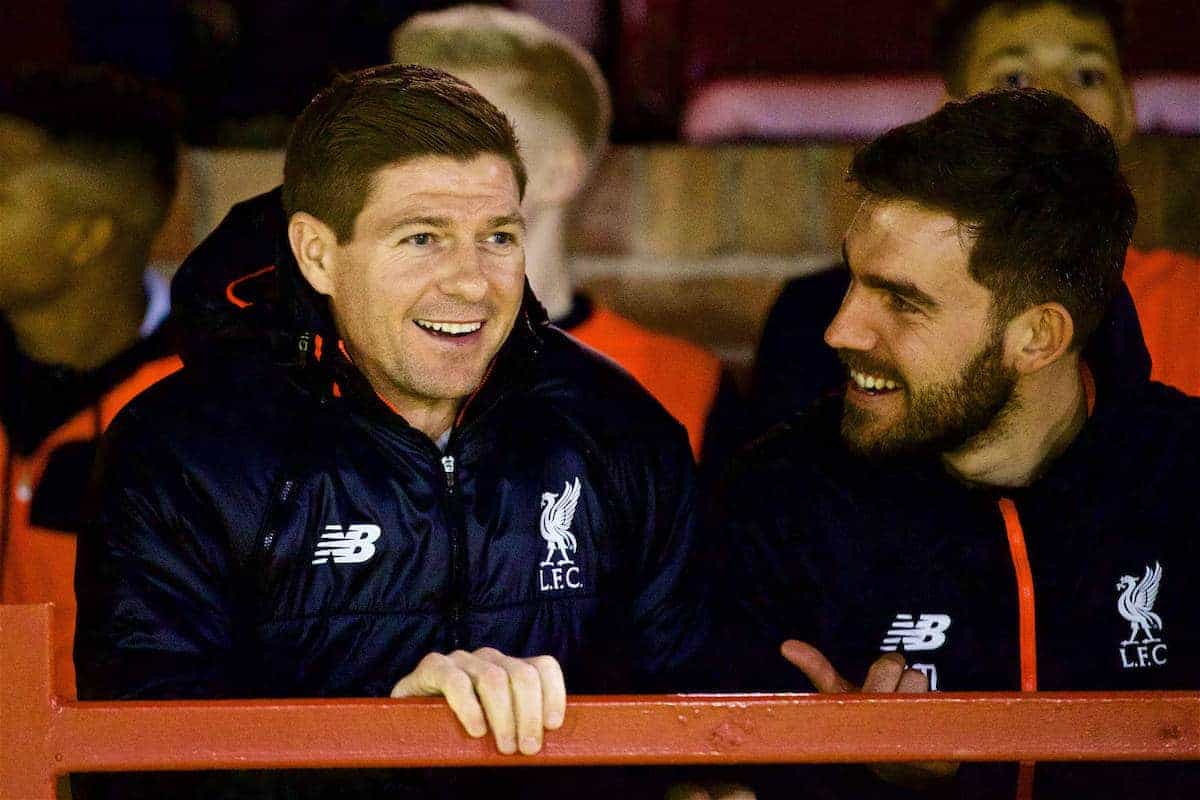 Steven Gerrard has begun pre-season training with his Liverpool U18s squad, and the Reds legend is relishing overseeing summer preparations.

The 37-year-old was announced as the Reds’ new U18s manager in April, with Neil Critchley moving up to the U23s following the departure of Michael Beale in December.

Having spent the last four months of the season operating in a fluid role in the Liverpool academy, Gerrard is now finding his feet in a high-profile position.

The young Reds returned to Kirkby for their first day of pre-season on Monday, with Gerrard eager to put his long-term planning into action.

“It’s exciting. I’d been waiting for this all through the summer and had one eye on it while I’ve been having a bit of a break,” he told LiverpoolFC.com.

“It’s here now and I’m really excited about getting my teeth into it.

“Ninety-five percent of the planning was done at the back end of last year.

“I did a lot of planning with Alex [Inglethorpe], he’s been a big help for me to get sorted for today.

“I feel ready, we’re organised and I’ve got a fantastic staff around me. We just can’t wait for the first game of the season now.”

Among Gerrard’s new backroom staff is former first-team rehab coach Jordan Milsom, with the former midfielder describing him as “the master in sports science.”

Alongside him in the dugout will be Tom Culshaw, an ex-Reds scholar who has moved up from the U15s coaching staff, and someone who Gerrard says he knows “inside out.”

Trust and quality among his backroom staff will be vital, as Gerrard is looking to utilise pre-season to test out his managerial nous.

“We’ve got six or seven pre-season friendlies in place that we’re looking forward to,” he added.

“That’s important for us to try different formations, systems, get used to individuals and try them in different places in the team.

“But everyone, including the players as well, has got an eye on August and we can’t wait for that first game.

Last season, the U18s finished third in the U18 Premier League‘s North Division, but failed to make a mark in the play-off stage.