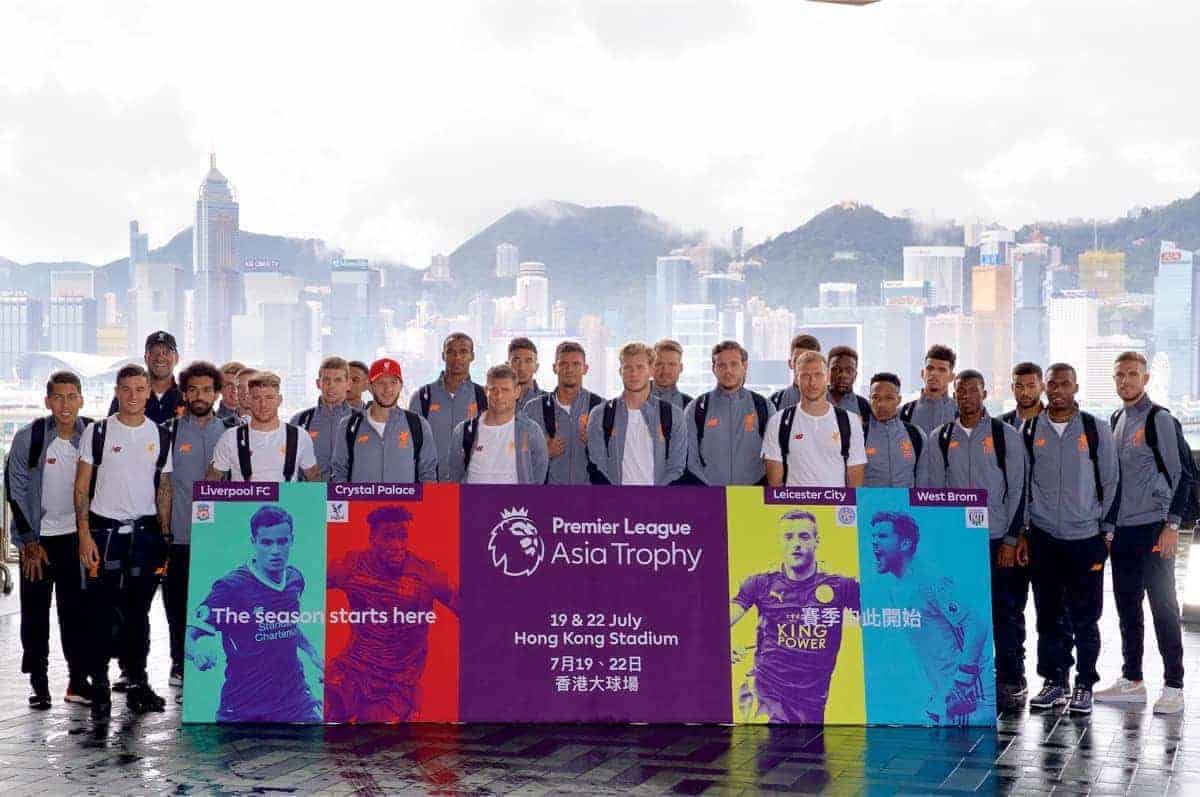 Jurgen Klopp and his Liverpool squad landed in Hong Kong on Monday for their pre-season tour to take part in the Premier League Asia Trophy.

The Reds will kick off their time in the Far East against Crystal Palace on Wednesday, before taking on either Leicester City or West Brom on Saturday.

Klopp named a 25-man squad for the trip, including new signings Mohamed Salah and Dominic Solanke, leaving Merseyside for a lengthy flight. The Reds headed to the Ritz-Carlton Hotel on landing, with Salah, Roberto Firmino and Daniel Sturridge among the first off the team bus.

Klopp’s squad includes the majority of his big names, with Sadio Mane the only one of his likely starting lineup for 2017/18 who remained on Merseyside due to a knee injury.

The likes of Mamadou Sakho, Lazar Markovic and Sheyi Ojo were also left out, with the Reds looking to secure deals for them this summer. After posing for a squad photo, the Reds headed inside for their media duties, despite the rigours of their 13-hour trip, with a throng of supporters awaiting them. For Jordan Henderson and Dejan Lovren, this meant posing for photos and signing autographs.

Now fully fit, the captain is hoping to utilise pre-season to get back to top form, after missing the last three months of last season. After Hong Kong, Klopp’s squad will head for a training camp in Germany, with clashes scheduled against Hertha Berlin, Bayern Munich and one of Napoli and Atletico Madrid.

Pre-season will be rounded off against Athletic Bilbao in Dublin, before the Premier League season starts away to Watford on August 12.