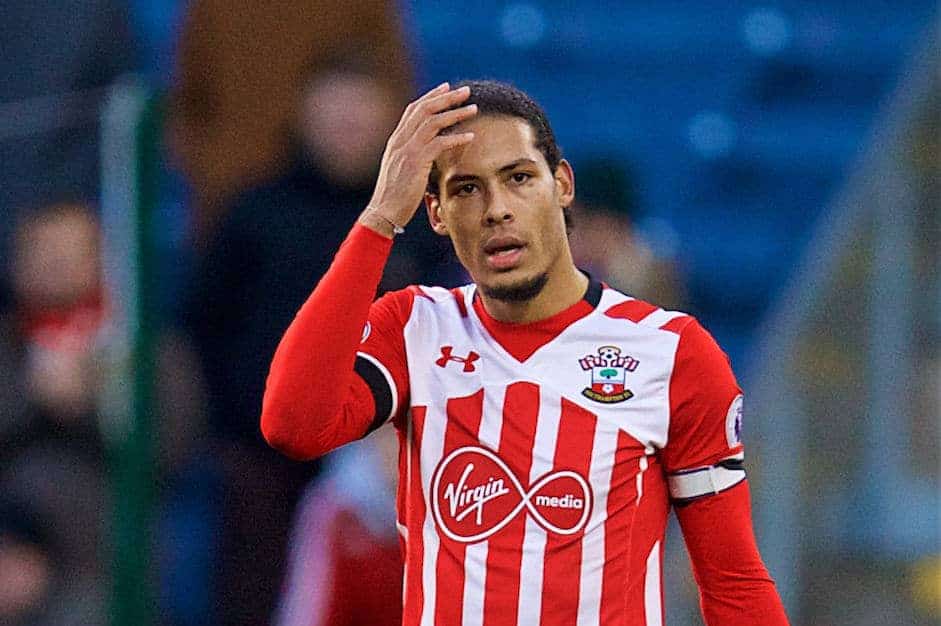 The Naby Keita saga has filled the Liverpool-related headlines in recent weeks, but the Virgil van Dijk transfer saga is still not over yet either.

Sky Sports report on Tuesday night that sources close to the Southampton defender expect him to be a Liverpool player by the end of the transfer window.

Liverpool’s position has not changed since they issued a statement last month. We understand Van Dijk still wants to move to Liverpool. He has not gone on a Southampton training camp in France.

There is no suggestion that Liverpool have done anything wrong since they apologised and ended their interest.

Numerous reports have always insisted that Van Dijk has his heart set on a move to Merseyside this summer, and the 26-year-old was this week left out of the Saints’ pre-season squad for a training camp in France.

This followed Southampton manager Mauricio Pellegrino explaining that the player is now training alone after the player informed the club of his desire to leave.

“The boy said that he is not available to play because he wants to leave. This is the decision,” Pellegrino explained last week.

“I had to say ‘if you don’t want to be involved because you don’t feel OK then you have to train alone until this period of time happens’.”

BREAKING: Source close to @VirgilvDijk expects him to be a @LFC player by the end of the transfer window, Sky sources understand #SSN pic.twitter.com/u8cYrHEW10

Liverpool issued a public apology to Southampton in early June, saying they had ended their in the player.

However, reports have since then reiterated Van Dijk’s desire to move to Liverpool and that a transfer to the Anfield club still seems very likely.

Chelsea and Manchester City are said to be interested in the centre-back, but each have already strengthened in defence this summer and if the player has his heart set on a move to Liverpool then they are unlikely to bid.