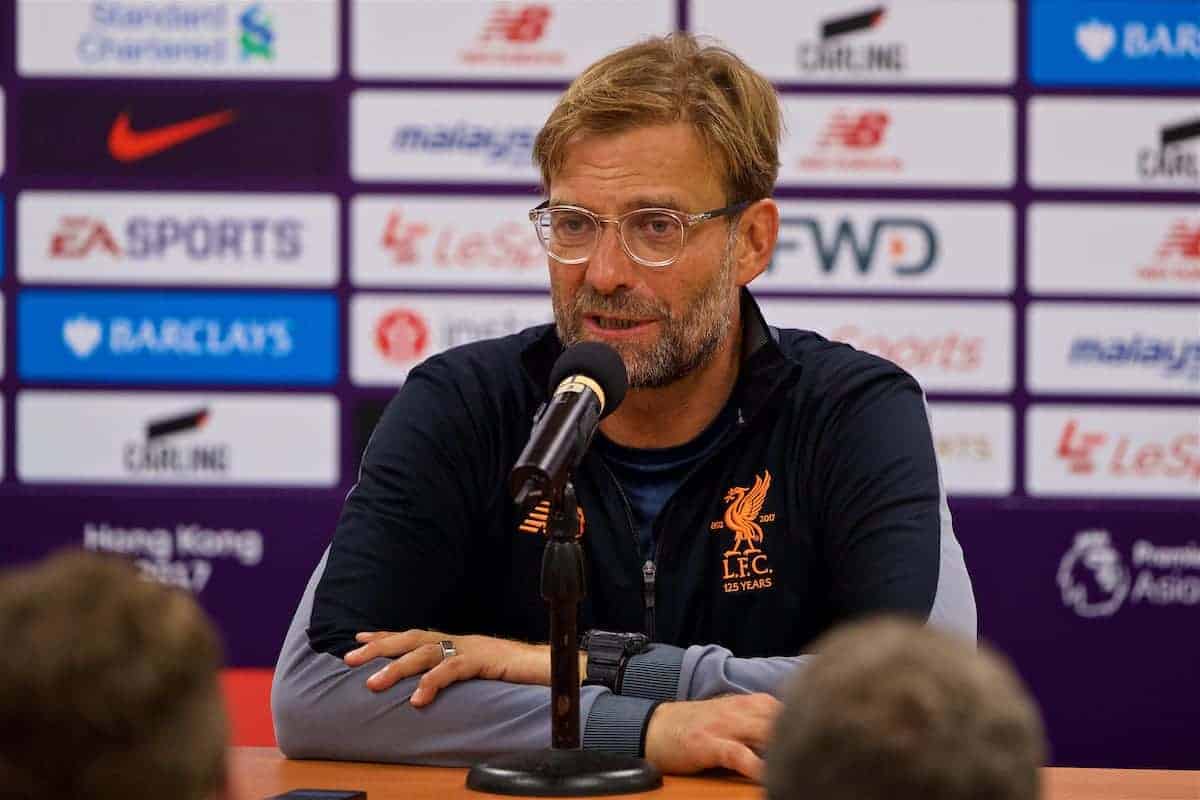 Jurgen Klopp provided a positive view on Liverpool’s pre-season tour of the Far East, after Saturday’s 2-1 victory over Leicester City in Hong Kong.

Goals from Mohamed Salah and Philippe Coutinho cancelled out Islam Slimani’s opener to seal the win for the Reds in the Premier League Asia Trophy.

Jordan Henderson lifted the trophy at the end of the game, as Liverpool prepare to head back to Merseyside to continue their summer preparations.

This will see them take on Hertha Berlin, Bayern Munich and one of Atletico Madrid and Napoli in Germany, before heading to Dublin to finish pre-season against Athletic Bilbao.

Speaking to reporters after the game on Saturday, Klopp described the trip as “a real pre-season, [with] really hard games in the most difficult circumstances against very, very good opponents.”

The German was forced to address speculation over Coutinho’s future, after Liverpool rejected a £72 million bid from Barcelona for the midfielder.

“Everybody knows Phil Coutinho is a key player for us, no doubt,” he said.

“I know that he feels completely more than fine, comfortable, whatever, in Liverpool. He loves the club, loves the city, all that is clear.”

Klopp was also cautious over a first-half injury to James Milner, saying “I hope [it is] nothing really serious, but we have to see.”

The Reds’ touring group will rejoin the rest of their team-mates for training at the start of next week, with new signing Andrew Robertson among those awaiting their return.