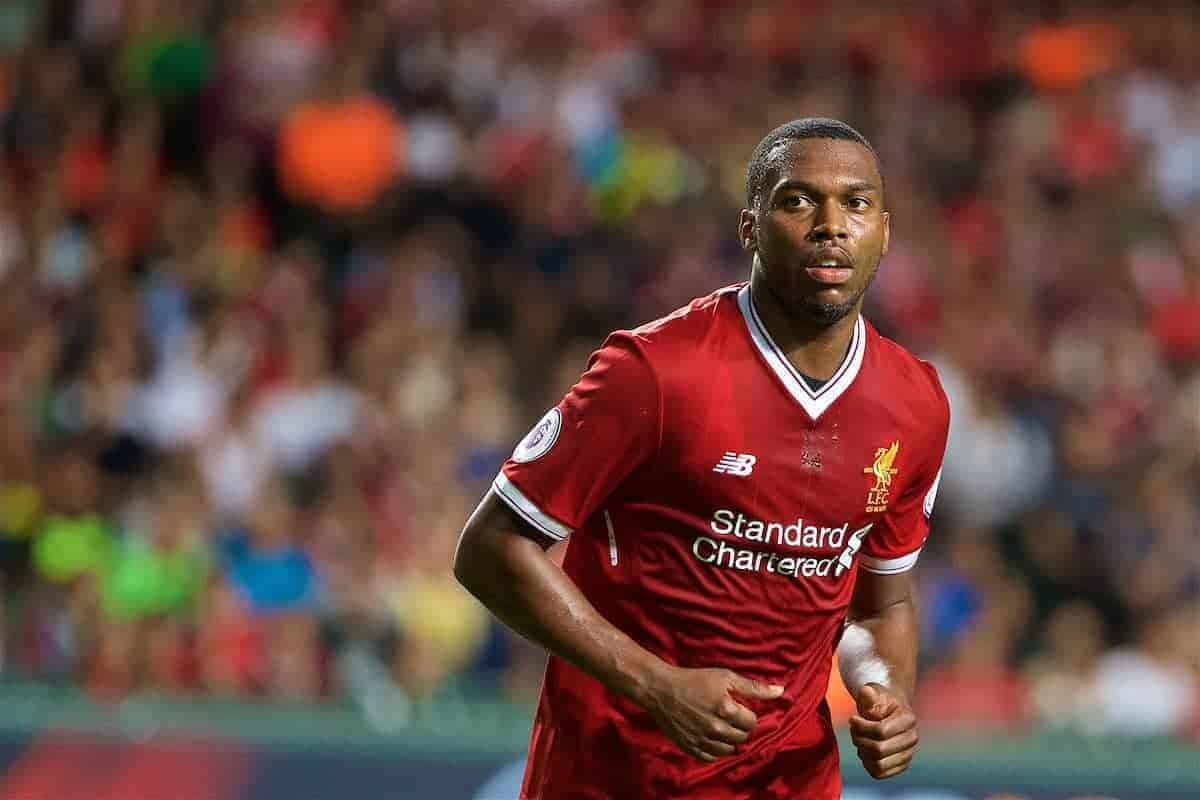 Daniel Sturridge is hopeful of returning to full training next week, as the Liverpool striker aims to be involved against Watford on August 12.

The Reds begin their Premier League campaign away to the Hornets, travelling to Vicarage Road looking to build on a productive pre-season.

Ahead of their final friendly of the summer against Athletic Bilbao, however, Jurgen Klopp‘s side were without a clutch of key names.

Nathaniel Clyne (back), Jordan Henderson (illness), Adam Lallana (thigh) and Philippe Coutinho (back) all joined Sturridge (thigh) on the absentees list for the flight to Dublin.

But while Clyne and Lallana are likely to be sidelined for a lengthier period, Henderson, Coutinho and Sturridge should be on the road to recovery already.

According to the Telegraph, Sturridge “hopes to resume training early next week in an effort to be in contention for the trip to Watford.”

This would be a major boost to Klopp’s side, with the striker picking up his injury while scoring in the 3-0 victory over Bayern Munich in the Audi Cup.

His cameo appearance at the Allianz Arena showcased his imperious quality up front, and while Roberto Firmino may be Klopp’s first-choice centre-forward, Sturridge is certainly an excellent option. Speaking to FOX Soccer’s Keith Costigan while in Munich, the 27-year-old said he felt “absolutely fine,” with Sturridge believing his injury was due to fatigue from training.

The Reds have been regularly undergoing double or triple sessions throughout pre-season, with their time based in Rottach-Egern arguably their most intense, with Klopp steeling his side for 2017/18.

Prior to rejoining the squad in July, Sturridge spent his summer in Los Angeles, following an individual training program designed to avoid further hip injuries.

If Sturridge can find fitness and establish himself under Klopp this season, the Reds will be significantly boosted, with a world-class finisher in their number.

Rhian Brewster suffers relegation with 1 in, 1 out for Premier League