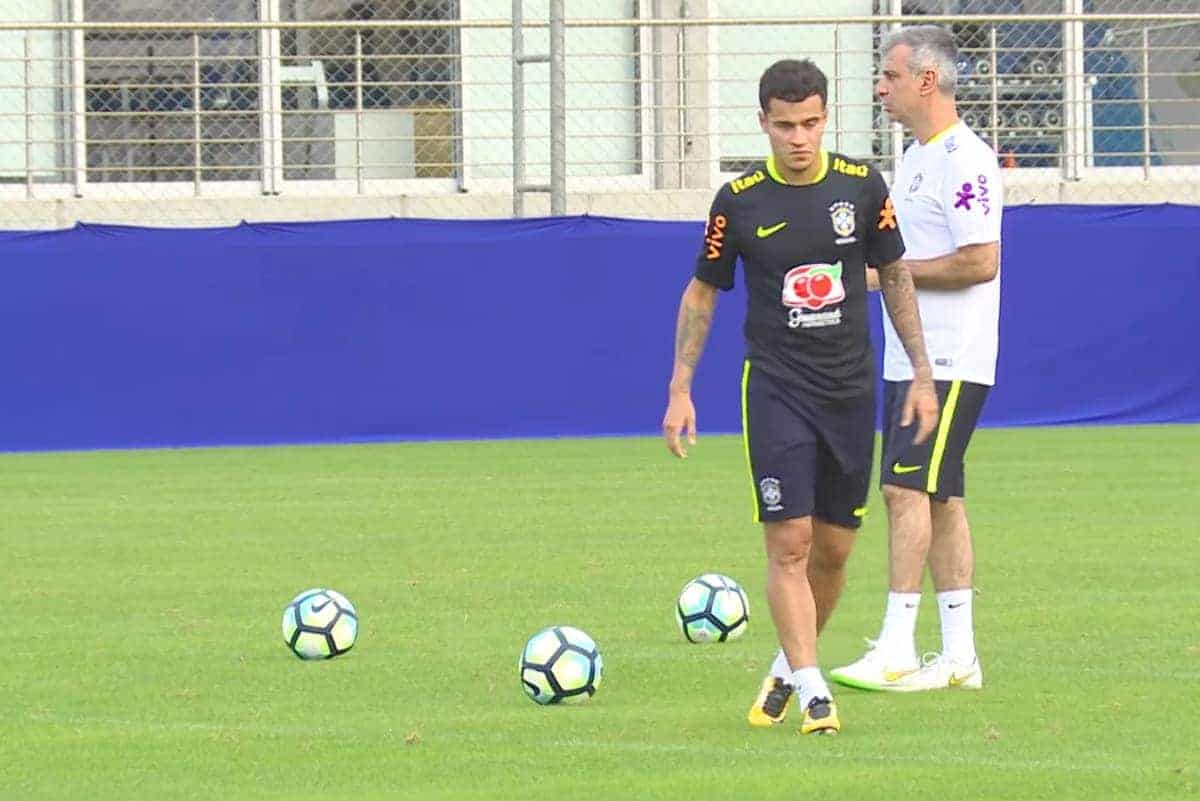 Despite missing the first five games of the season for Liverpool, Philippe Coutinho has joined Brazil training for the international break.

Coutinho has been sidelined since the end of pre-season with an alleged back injury, as speculation mounts over a move to Barcelona.

The Spanish side have seen three bids rejected for the 25-year-old, with the latest worth up to £114.2 million, as Liverpool hold firm over their stance.

The Reds are not willing to part ways with the midfielder this summer, even with Coutinho handing in a transfer request earlier in August.

With Brazil manager Tite naming Coutinho in his squad for their upcoming World Cup qualifiers against Ecuador and Colombia, issues with his back have been miraculously solved.

Coutinho trained alone on Monday, and according to ESPN’s Gustavo Hofman, will join the rest of the squad for a full session on Tuesday.

And Brazil national team doctor Michael Simoni claimed the No. 10’s back injury was “a matter of stress.”

“He is OK now. The back problem was a matter of stress, it was something emotional,” he said.

“The uncertainty about his future led to him feeling stressed. Everything is solved now.

“Coutinho and I have been friends for years. I always treat his medical cases. All he needed was someone to give him a pep talk.”

Liverpool are unlikely to entertain further bids for Coutinho this summer, with Fenway Sports Group adamant he will be part of Jurgen Klopp‘s squad for 2017/18.