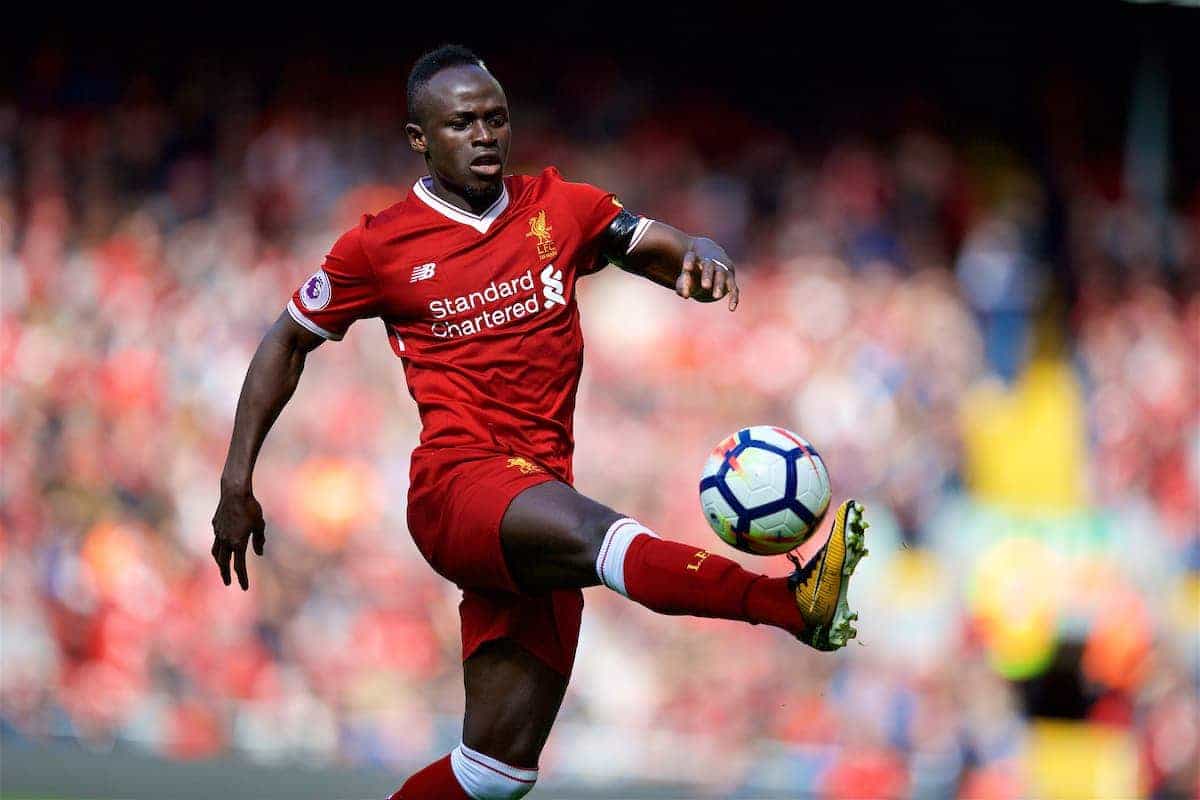 Mane scored his second Premier League goal in as many games when he ploughed through to poke the ball past Wayne Hennessey in front of the Kop.

The Senegalese, who was a doubt for the clash after missing training on Friday, was arguably the Reds’ best player on their return to Anfield, providing Klopp’s side with their spark.

And speaking after the game, Klopp recognised Mane’s pivotal role this season, and the impact his injury had in the second half of 2016/17.

“There’s no doubt about his importance,” he told Sky Sports at Anfield.

“I think it’s how football is: he’s not more important than the other players but you need the finisher, the player for the decisive moments.

“Sadio is always ready for this, always greedy for goals.

“Very, very good, and of course the biggest achievement last season, or how big fourth place was, was we played pretty much half the year without Sadio.

“[Missing] a player like him is really hard, so [it was] a good game from him.”

Though Saturday’s result was certainly an improvement on the previous weekend’s 3-3 draw away to Watford, Liverpool still struggled to find fluency against the Eagles.

The continued absence of Philippe Coutinho has led to a lack of creativity from midfield, with the Brazilian expected to take up a deeper role under Klopp this season.

Klopp praised his side’s defensive effort against a stubborn Palace side, and admitted he “loved” how Mane’s goal was produced.

“It was a hard job to do. I have no idea how much we had the ball but it was a lot,” he continued.

“We had moments in the first half but had to be more patient because they were deep.

“We didn’t score but we didn’t give counter attacks away. Second half we did it better, the first part was really good.

“We were really awake and defended really well and I loved the goal because it was not a clear situation. It was a counter-pressing situation.

“We had other chances but I am completely happy with how did the job today.”

Next up is Wednesday night’s Champions League play-off second leg at home to Hoffenheim, and Klopp will be hoping for more magic from Mane at Anfield.

The Reds are building momentum in the early stages of the season, and the hope is that the best is yet to come.