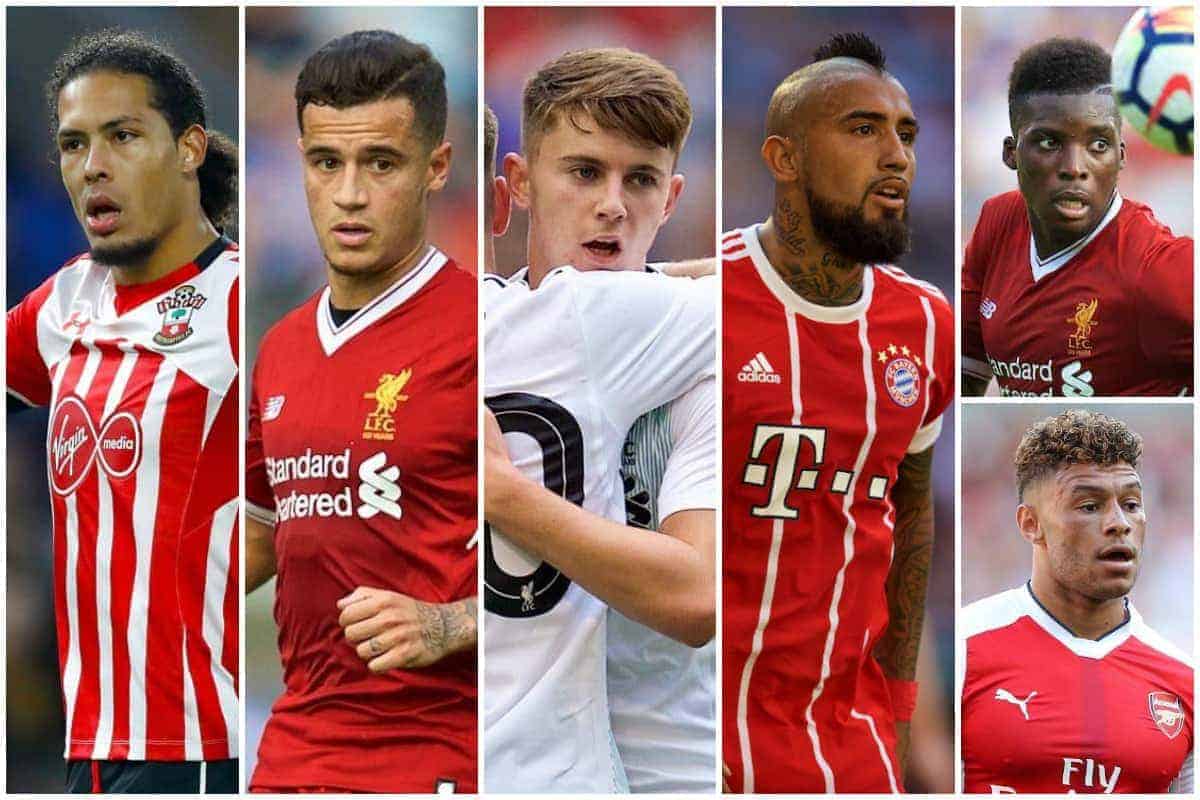 We continue to round up the latest Liverpool transfer news and rumours, including developments over two possible summer loan deals.

Jurgen Klopp‘s side have returned to Melwood this week to finalise their preparations for Saturday’s Premier League opener away to Watford.

The German is contending with a host of injury issues ahead of the trip to Vicarage Road, while there remain doubts over the futures of some of his first-team players.

So what is the latest from the rumour mill on Merseyside? Here’s Wednesday’s update.

No £109 Million Deal Agreed for Coutinho

However, the Reds are adamant that they are not set to agree a deal to sell Philippe Coutinho to Barcelona this summer.

Goal’s Melissa Reddy has quashed speculation from Spain and Brazil that the 25-year-old was nearing a £109 million move to the Nou Camp, reiterating Liverpool’s hardline stance.

They are said to be unwilling to meet with the Spanish side, despite previous reports that they had sent a delegation to England to discuss terms.

And while it was claimed that Coutinho had taken an abject approach to training, he reportedly remains committed to the Reds. While Coutinho is not expected to agitate for a move away from Anfield, Southampton captain Virgil van Dijk made his intentions clear this week.

The Netherlands international handed in an official transfer request on Monday, stressing his desire to play for a club challenging in Europe.

But while Chelsea, Arsenal and Man City have all been suggested alongside Liverpool as possible destinations for the centre-back, Southampton could continue to dig their heels in.

The Express, questionably, quote a ‘club insider’ in saying “we do not want to sell Virgil to Liverpool and will happily let him sit in the stands all season if we have to.”

This is highly unlikely, though, given the Reds are seemingly willing to break the world transfer record for a defender to sign Van Dijk.

Ojo ‘on Brink’ of Joining Boro on Loan

Liverpool academy winger Sheyi Ojo made just one appearance for Klopp’s side during pre-season, playing 45 minutes against Tranmere Rovers, setting up two goals.

He was subsequently left out of travelling squads for Hong Kong, Berlin, Munich and Dublin, despite returning to fitness after a troubled 2016/17 campaign.

This is believed to be due to an imminent loan move for the 20-year-old, with the Reds accepting bids from Derby County, Fulham and Middlesbrough.

And according to ESPN FC, Ojo is now close to sealing a season-long switch to the latter.

Joining Garry Monk’s Championship hopefuls should be a positive move for Ojo, as he pursues regular first-team football away from Liverpool.

Liverpool are reportedly less willing to part ways with another academy youngster in Ben Woodburn, however.

On Monday, Bundesliga side Hannover 96 were said to be interested in taking Woodburn and Ryan Kent on loan for the upcoming season.

But according to the Mail, the Reds will reject Hannover’s approach for Woodburn, “as they look to keep a closer eye on his immediate progress.”

It remains to be seen whether Kent will be allowed to depart, but Klopp seems eager to keep him on Merseyside, too.

The 23-year-old started in the Gunners’ penalty shootout victory over Chelsea in the Community Shield on Sunday, with Arsene Wenger eager to keep him at the Emirates Stadium in 2017/18.

But with just one year left on his contract, Oxlade-Chamberlain is still attracting interest from other Premier League clubs.

And the Mail claim that Chelsea made a £25 million bid for the versatile England international this week.

Whether this prompts Liverpool into action is unclear, but given Adam Lallana‘s three-month layoff and uncertainty over Coutinho’s future, it may be wise to renew their interest. Finally, with a potential deal to sign RB Leipzig midfielder Naby Keita looking to be dead in water, Liverpool may have turned their attention elsewhere in the Bundesliga.

According to This is Anfield’s James Nalton, in an exclusive for World Football Index, the Reds are interested in signing Bayern Munich’s Arturo Vidal.

Nalton cites sources in Vidal’s native Chile in reporting that Liverpool could pursue a move for the 30-year-old.

Klopp is said to be “keen to bring in a player good enough to slot into [Liverpool’s starting lineup].”