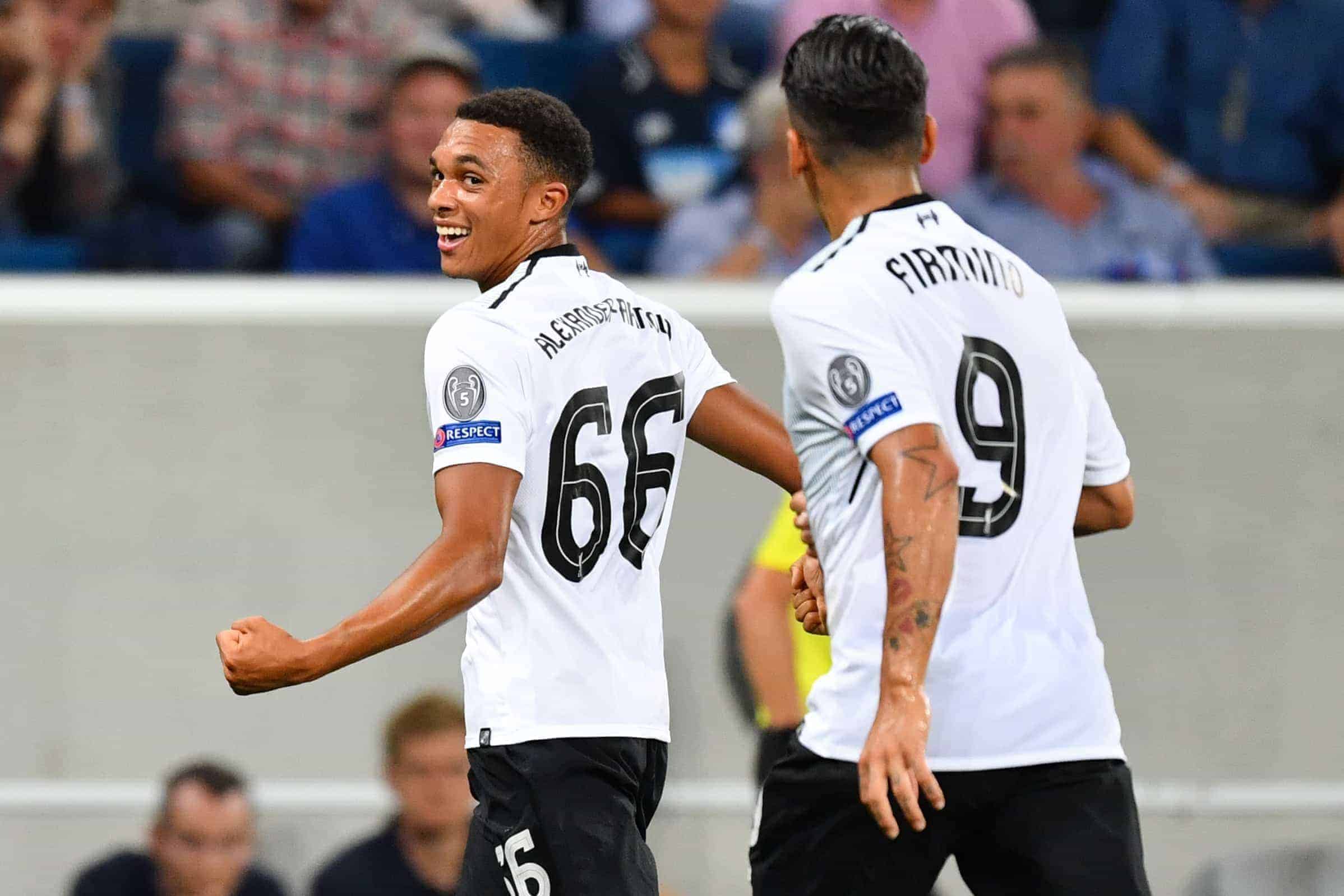 A crucial first-leg advantage as Liverpool beat Hoffenheim 2-1 in Champions League play off on Tuesday night. Watch the goals and highlights here.

Trent Alexander-Arnold‘s stunning first half free-kick was the highlight of the game, with James Milner‘s deflected cross doubling the Reds’ lead in the second half.

A late goal from the hosts means it’s not quite as comfortable as it might have been, but Liverpool would certainly have taken this result before the game, with Hoffenheim unbeaten at home in 16 months.

A good result on a European night, with plenty getting their first taste of Champions League football for the club.

The return leg at Anfield next Wednesday is set up nicely, and Liverpool will fancy their chances of scoring at home and therefore leaving the German side needing at least two goals of their own even to force extra-time.