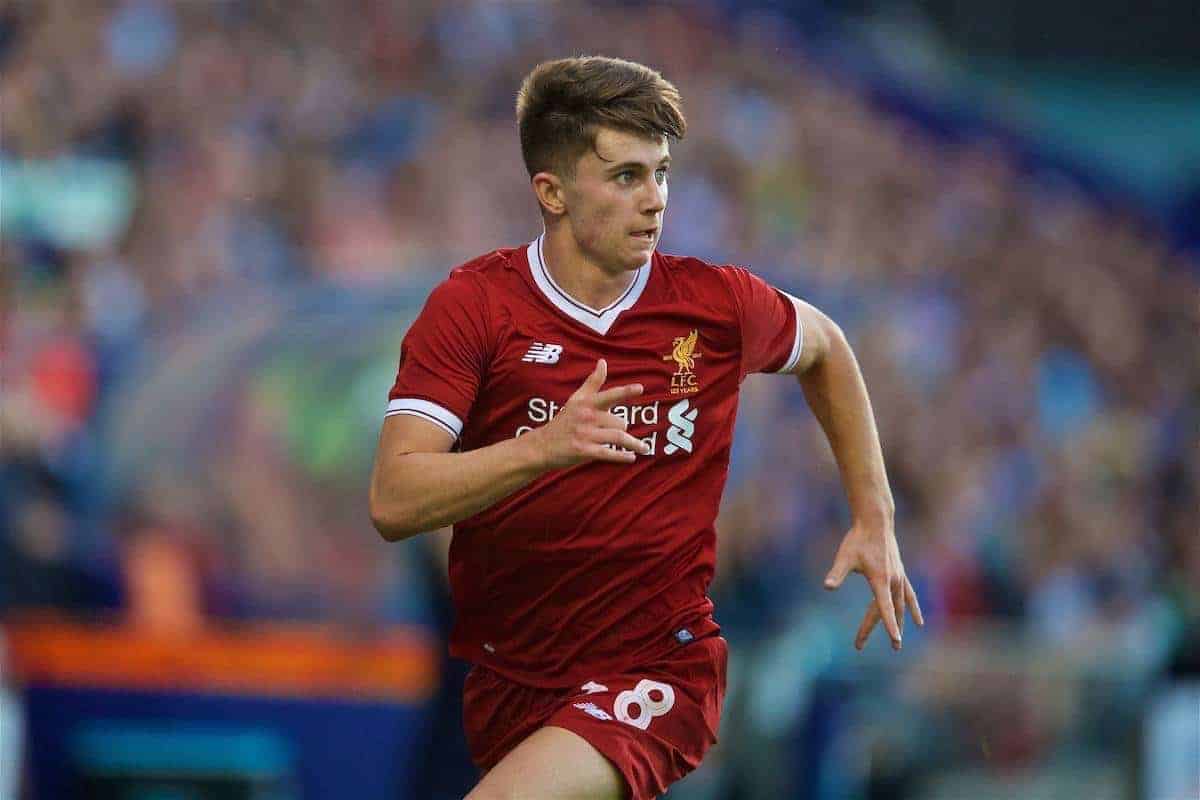 The Reds secured their place in Europe’s prestigious youth tournament when the first team advanced to the Champions League via last month’s play-off win over Hoffenheim.

Gerrard, who took up his new role as Liverpool’s U18s manager this summer, was elected to lead the U19s into Europe.

And UEFA.com has listed a 40-man squad for the 37-year-old’s first foray into Europe since retiring as a player in 2016, including first-team fixture Woodburn.

The Wales international, who scored on his debut for Chris Coleman’s side in the last international break, is the marquee name in Gerrard’s selection.

Kamil Grabara, who serves as Neil Critchley‘s first-choice goalkeeper for the Liverpool U23s, is also included, but Caiohmin Kelleher is left out.

He will also be able to call upon more regular fixtures in his domestic squad, such as Neco Williams, Adam Lewis, Rafael Camacho, Curtis Jones, Luis Longstaff and Glen McAuley.

Yan Dhanda is a surprise omission, while Ovie Ejaria is also left out despite both being eligible, likely due to their key roles for the U23s this season.

Addressing Woodburn’s development after his successful breakthrough for Wales, Klopp revealed the youngster would be considered for every level of football in 2017/18.

“There are so many stories from the past when very young boys showed up and later you didn’t hear anything of them anymore. It will not happen with Ben,” he told LiverpoolFC.com.

“The main message is he needs to play football. He trains with us always and then we will decide each weekend where he can play.

“Our target is that we have him in the first team because we like him, we see his quality and that’s the main thing.

“But for us it’s not too important if it’s tomorrow or in a year, it’s just important that we can use him then. That’s what we try to prepare.”

Gerrard will take charge of his first UEFA Youth League game on Wednesday evening, against Sevilla at 5pm (BST), with the young Reds’ fixtures mirroring the first team.