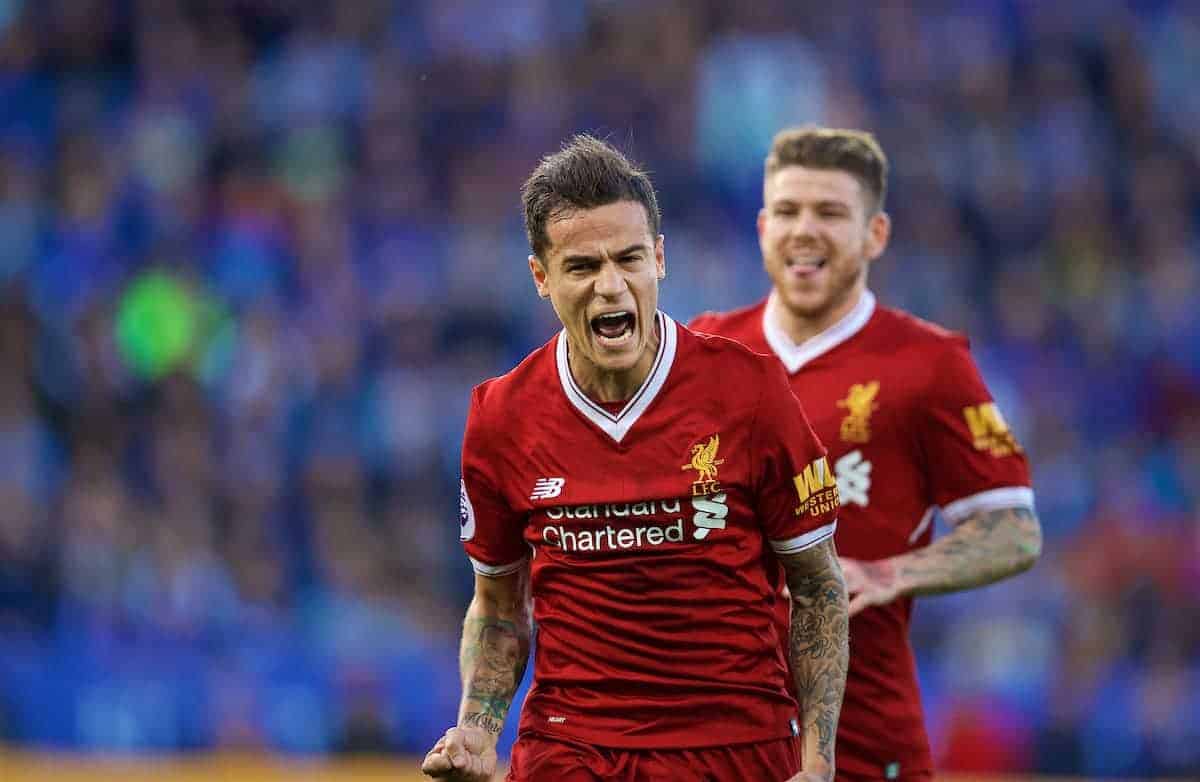 Philippe Coutinho has scored more goals from outside the box in the Premier League than any other player since he joined Liverpool in 2013.

It has been a memorable Reds career to date for Coutinho, who has shone so brightly ever since his £8.5 million move from Inter Milan.

His Brazilian flair has lit up so many matches in the last four-and-a-half years, and with Steven Gerrard and Luis Suarez both moving on, he has become Liverpool’s talisman.

Coutinho’s eye for the spectacular has made him one of the most highly rated players in the Premier League, and the above video perfectly highlights his brilliance.

The 25-year-old has hit the net from range 16 times in the league, something no other player has achieved since January 2013.

Starting out with a crisp 30-yard strike at home to QPR on the final day of the 2012/13 season, he followed it up with a crucial equaliser at Fulham.

It was the same night that Gerrard’s last-gasp penalty earned Liverpool a 3-2 win, igniting a thrilling title challenge in the process.

An outrageous strike at Southampton in 2015 is undoubtedly one of Coutinho’s best goals in a Reds shirt, while similarly inch-perfect corkers against Man City and Stoke City also stand out.

The former Inter man’s wonderful free-kick at Arsenal on the opening day of last season outlined his ever-increasing importance to this side, and his latest outside-of-the-box effort was his beauty at Leicester City last weekend.

What a signing he has been, and what a huge positive it was keeping hold of him this summer.