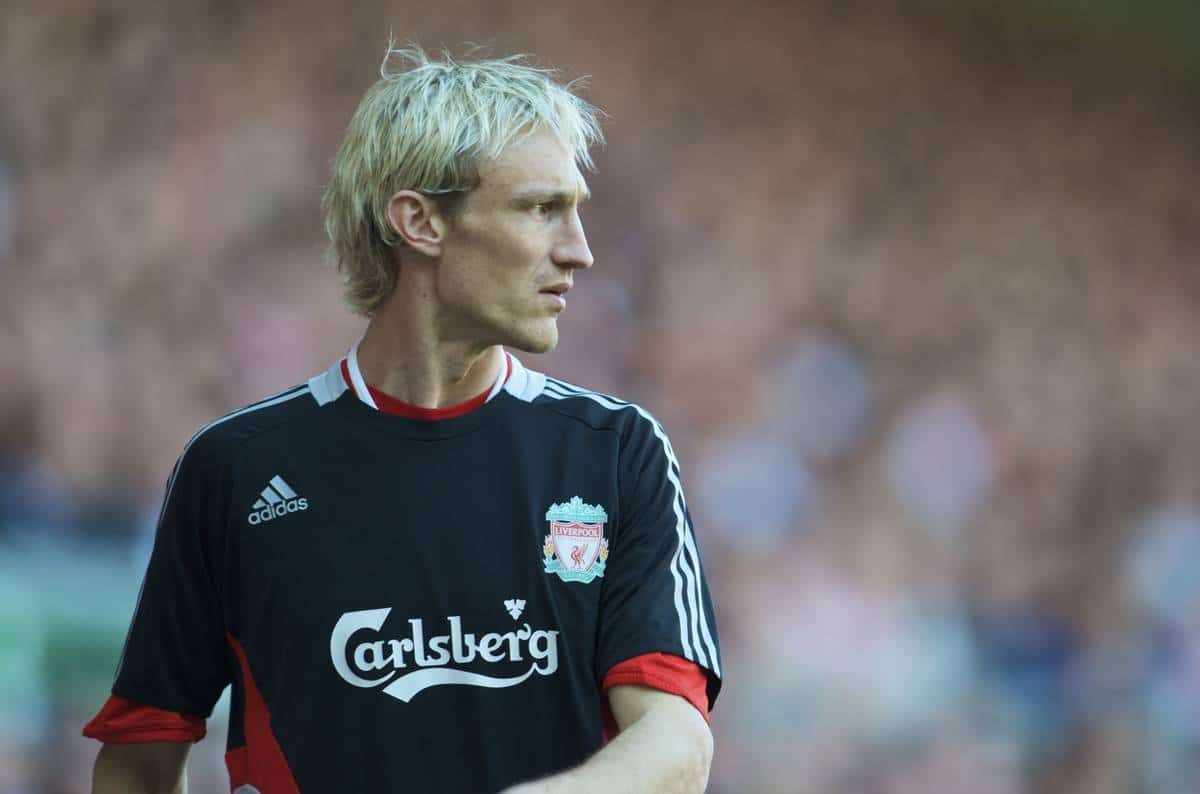 Liverpool legend Sami Hyypia says he “would definitely consider” a return to Anfield to work as part of Jurgen Klopp‘s coaching team.

The Finn spent a decade on Merseyside as a player, joining from Dutch side Willem II in 1999 and going on to make 464 appearances for the Reds.

Hyypia is still revered at Anfield, as one of the most accomplished defenders to turn out for Liverpool in recent years, playing a key role in the Champions League triumph in 2005.

He was also voted UEFA’s best centre-back in Europe in 2001, following the treble cup success under Gerard Houllier, underlining his quality.

Hyypia’s intelligence, strength and nuanced leadership have, arguably, been missed by the Reds since he left, with a host of players drafted in to fill the void and failing.

It has been mooted that the 43-year-old should return to the club as part of their coaching staff, and speaking to LFCHistory.net, he admitted he would be interested.

“I would definitely consider it. Liverpool still has a big place in my heart. If I can help in any way,” he said.

“I know that he would like to spend more time on the training field than he can, but when you play so many games it is not possible.” Hyypia has retained a close relationship with the club, joining Klopp’s squad for their pre-season tour of Hong Kong this summer, alongside John Barnes, Robbie Fowler, Gary McAllister and Jason McAteer.

But he has clearly set his sights above a mere ambassadorial role, having moved straight into coaching following his retirement in 2011.

So far he has had stints as assistant manager of the Finland national team and manager at Bayer Leverkusen, Brighton & Hove Albion and FC Zurich.

He enjoyed a bright start to his coaching career, helping lead Leverkusen to a third-placed finish alongside Sascha Lewandowski in 2012/13, and the same as sole head coach in 2013/14.

Lewandowski was brought in to finish the job at the end of that season, however, with Hyypia sacked with a month to go, and he endured similarly poor reigns with in his following roles.

Hyypia resigned after six months with Brighton, and was sacked with Zurich on the brink of relegation in 2016, and clearly needs a fresh start.

Joining Liverpool would provide him with that, but it seems unlikely Klopp would be looking to change his coaching staff at this stage.

* You can read the full interview with Sami at LFCHistory, here.