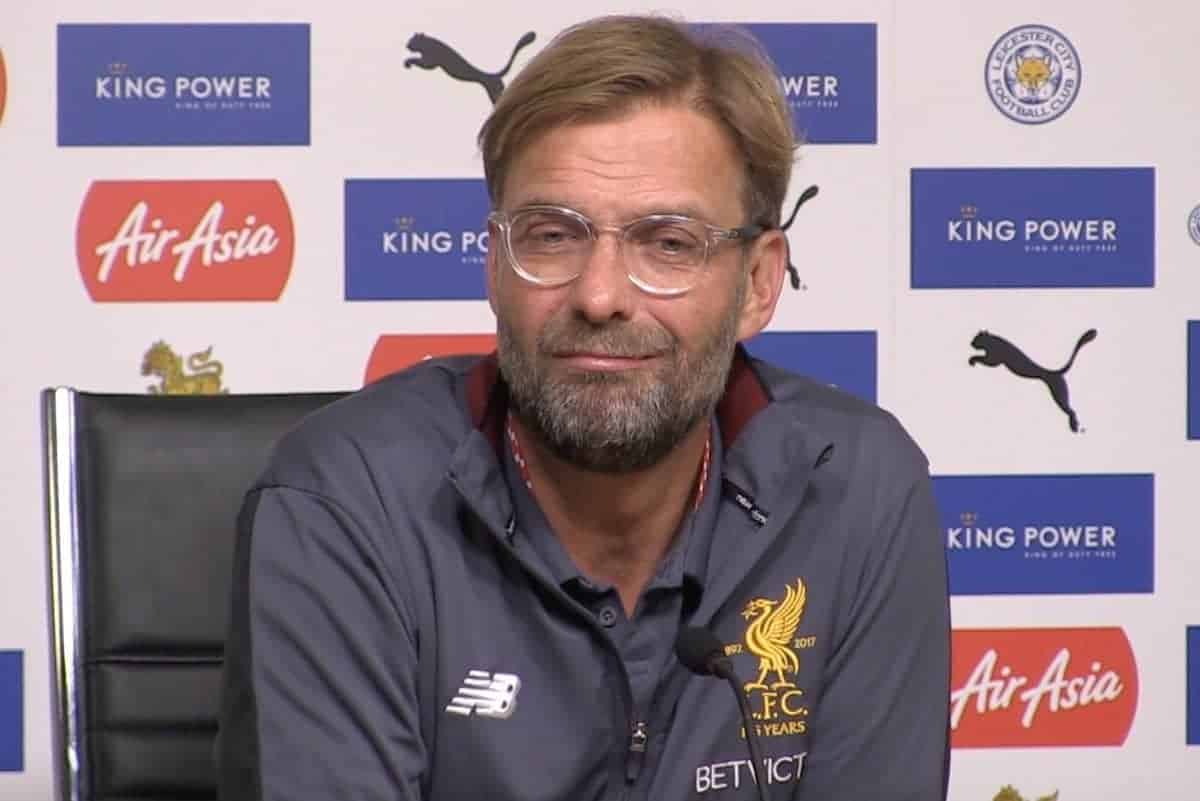 Jurgen Klopp believes his Liverpool side were “unlucky” following their 2-0 loss to Leicester City in the League Cup third round on Tuesday night.

The Reds fell to second-half goals from Shinji Okazaki and Islam Slimani at the King Power Stadium, to crash out of the League Cup at the first time of asking.

It was a hugely frustrating night for the travelling supporters, who witnessed a near carbon copy of the performance served up in Saturday’s 1-1 draw at home to Burnley.

Speaking after the game, Klopp rued his side’s missed chances once again, with the likes of Alex Oxlade-Chamberlain, Philippe Coutinho and Dominic Solanke all going close in the first half.

And the German described Okazaki’s goal as a “game-changing moment,” and was particularly critical of his side’s defending in the buildup.

“That we conceded like this, that makes me really, really sick,” he lamented.

“Defending set-pieces is the thing. It’s not the first ball, obviously we’d always had problems with this, now it’s the second or third [ball] even.”

Klopp also confirmed that Coutinho’s withdrawal was pre-planned, saying: “He needs match time, but it was not for a second the plan to let him play again 90 minutes, or 60, 70 or 80.”

The Reds will have another chance to rewrite their miserable form when they return to the King Power on Saturday.

Taking on Leicester for the second time in five days, this time in the Premier League, Klopp’s side can only hope to avoid a five-game run without a victory.