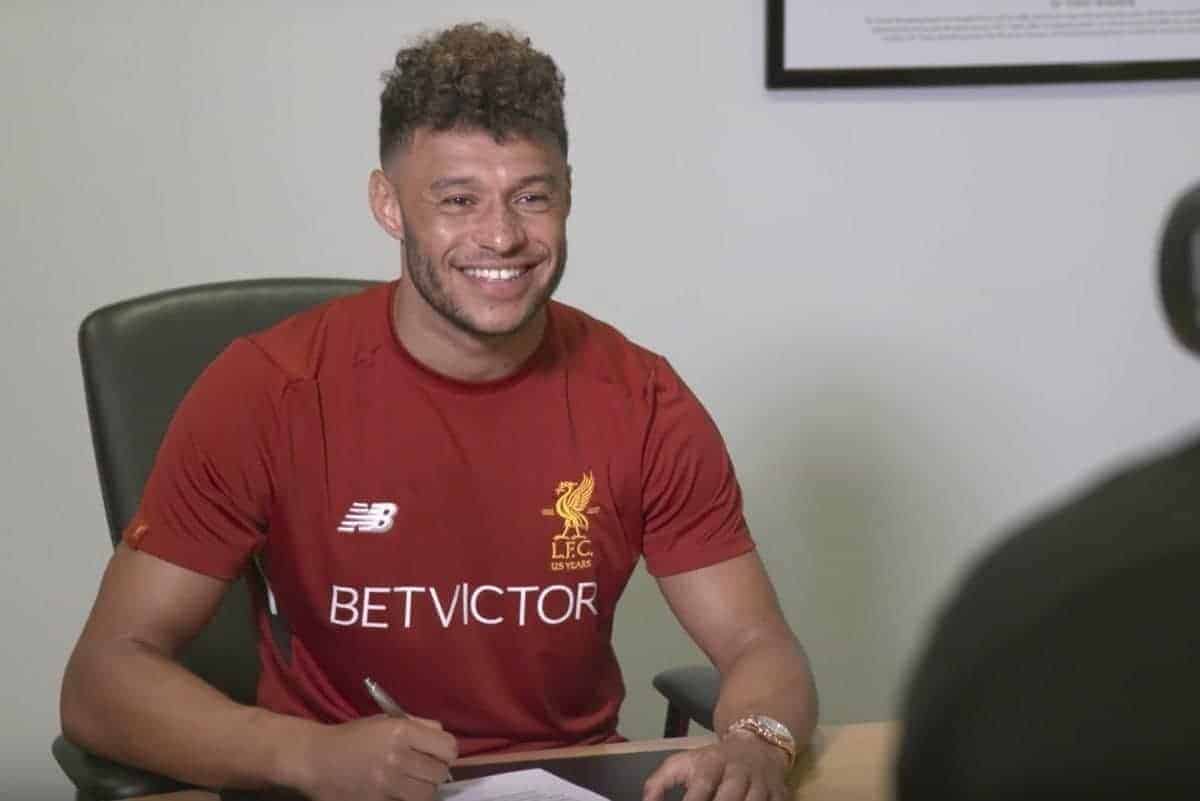 Liverpool completed a £35 million deal with Arsenal to sign Alex Oxlade-Chamberlain on the final day of the summer transfer window.

The 24-year-old put pen to paper on a five-year contract with the Reds on Wednesday, before being unveiled as Jurgen Klopp‘s fifth signing of the summer on deadline day.

Oxlade-Chamberlain follows Mohamed Salah, Dominic Solanke and Andrew Robertson to Anfield, with Naby Keita lined up to arrive in 2018.

An interesting addition to Klopp’s ranks, the England international should provide the 50-year-old with a useful option in a variety of roles.

Liverpool secured the deal with the Gunners while Oxlade-Chamberlain was away with Gareth Southgate’s Three Lions squad, and the midfielder underwent his medical at St George’s Park.

He is set to link up with the Reds ahead of Saturday’s away clash with Man City in the Premier League, and is likely to take up a place on Klopp’s substitutes’ bench.

Having turned down a move to Chelsea earlier in the transfer window, Oxlade-Chamberlain is believed to have set his sights on a regular role in the middle of the park on Merseyside.

It remains to be seen where he lines up first, but Liverpool’s new No. 21 is certainly a welcome addition to the squad.