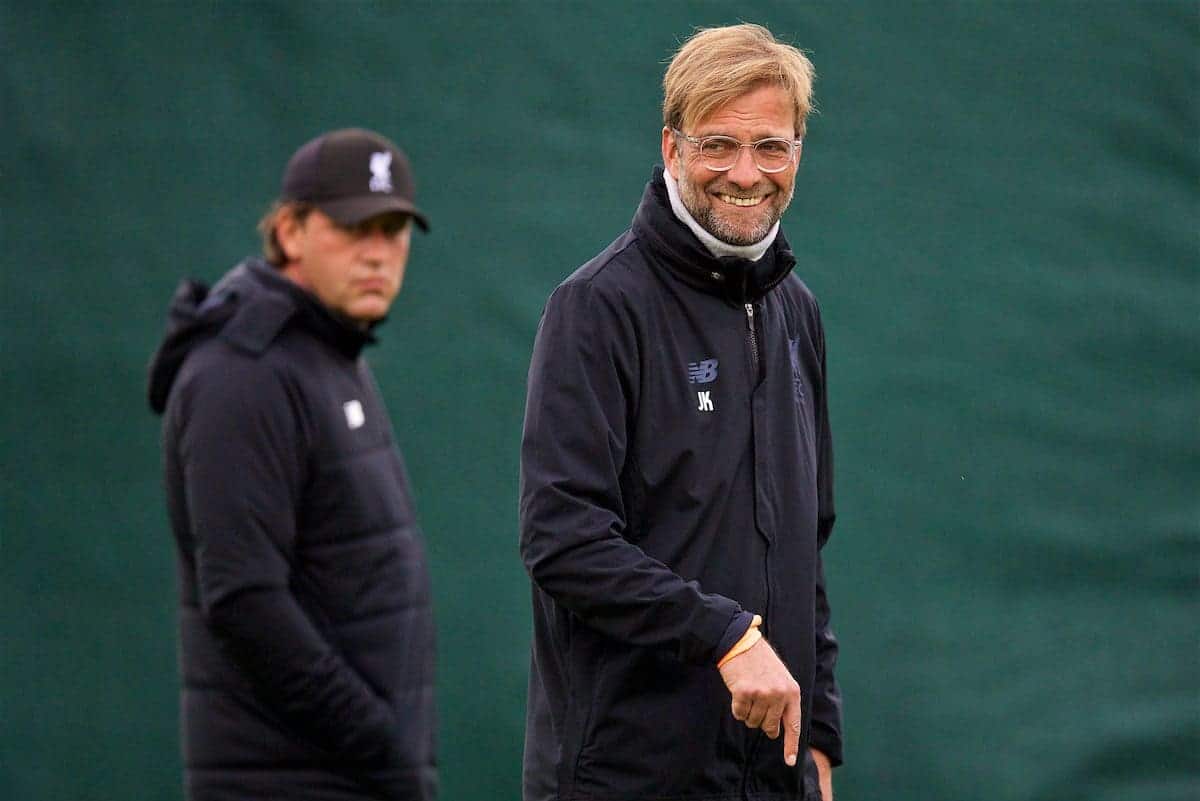 Liverpool manager Jurgen Klopp has laughed off suggestions it was his dream to take charge of Manchester United.

The two arch-rivals go head-to-head at Anfield on Saturday and Klopp’s former boss at Mainz Eckhard Krautzun this week claimed when he played under him the German’s ambition had been to move to Old Trafford.

However, Klopp dismissed the idea that had things turned out differently he would be in the opposition dug-out tomorrow.

“I heard about an interview with my former manager,” he said.

“I really like Eckhard Krautzun but when I think too far in the past I am not 100 percent sure what is right or wrong but it is still funny. I am sure he thinks it was like this.

“How could I, as a very average player at Mainz, say to my manager, ‘by the way, if I become a manager I would love to manage Manchester United’?

“Maybe people think I am a little bit crazy but I am not that crazy. I never thought about something like this.

“[Eckhard] was a big admirer, and is still, of Sir Alex Ferguson. In our first meeting he was wearing a jumper of Manchester United when he came in as a new coach. Maybe he forgot.

“There are a few funny stories, unfortunately a few things are not exact but still funny.

“I had fun when I read it but not all of it is exactly like this.”