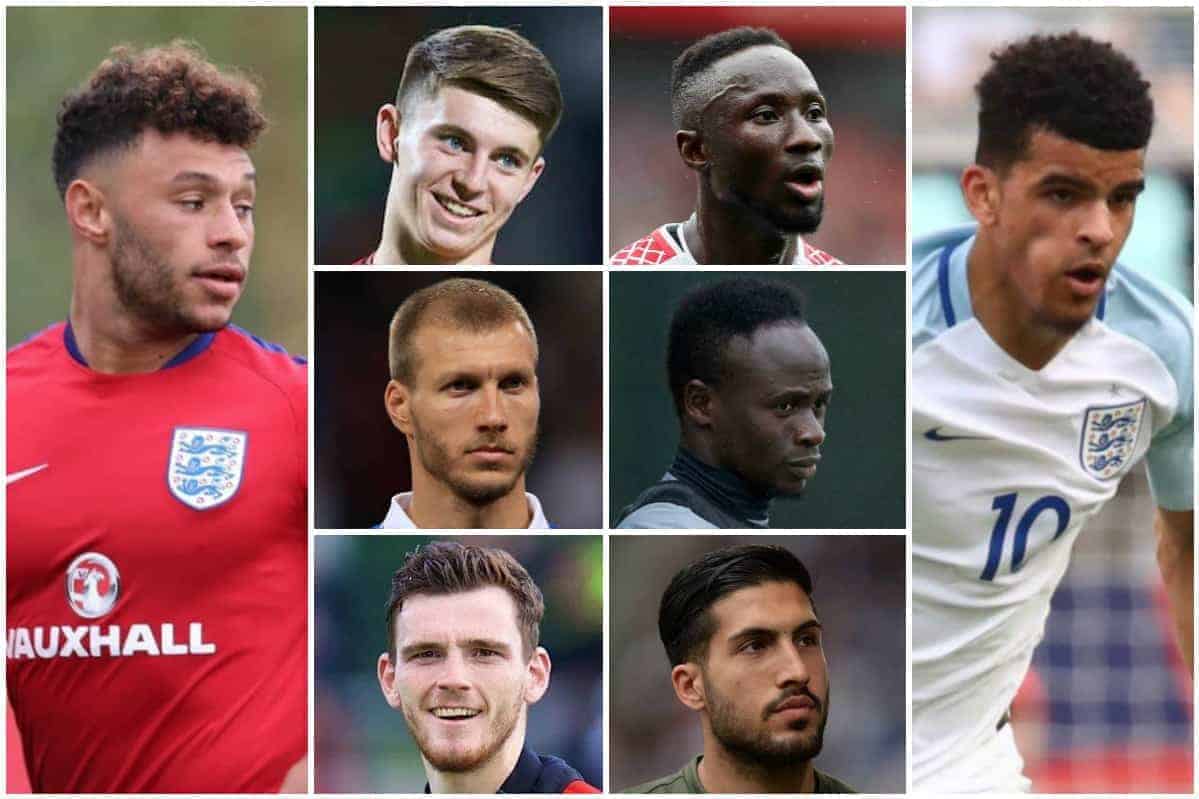 Here’s how Jurgen Klopp‘s Liverpool players fared as 15 featured for their respective countries in the first week of the October international break.

The latest interval for World Cup and European U21 qualifiers came at a welcome juncture for Klopp’s side, who endured a miserable run of form in September.

Kicking off the month with a 1-1 draw away to Newcastle United, too, the feeling on Merseyside was that Liverpool could benefit from time away, in the hope they return refreshed.

On duty with their national teams, however, there is still the small matter of qualification to focus on.

England did just that on Thursday night, as they sealed their place in Russia next summer as Harry Kane’s late winner secured a 1-0 win at home to Slovenia.

Jordan Henderson played the full 90 minutes, while Alex Oxlade-Chamberlain struggled on the right flank, substituted just after the hour mark.

Daniel Sturridge remained on the bench throughout, and will hope to feature against Lithuania on Sunday.

Philippe Coutinho started and played 66 minutes as Brazil took on Bolivia in high altitude on Thursday night, but saw his side held to a 0-0 draw as Roberto Firmino watched on, unused.

Both Simon Mignolet and Divock Origi spent Saturday evening on the sidelines, too, as Belgium fought for a 4-3 victory away to Bosnia & Herzegovina. Another Liverpool goalkeeper, Danny Ward, was also unusued as Wales won 1-0 away to Georgia, but Ben Woodburn made another appearance, replacing goalscorer Tom Lawrence in stoppage time.

And Emre Can was a late substitute in Germany’s 3-1 win away to Northern Ireland, helping his nation book their place at the World Cup with a solid 24-minute cameo in midfield.

Andrew Robertson continues to impress when called upon at left-back, and the 23-year-old was named Man of the Match in Scotland’s 1-0 win over Slovakia, with Martin Skrtel’s own goal the decider.

Robertson played the full 90 minutes despite picking up a wrist injury, and told reporters he “will be OK” for Slovenia on Sunday.

While Scotland are still hopeful of reaching the World Cup, Georginio Wijnaldum‘s Netherlands are unlikely to make the tournament.

Despite a late 3-1 win over Belarus on Saturday, they need to beat Sweden by seven goals on Tuesday to qualify.

Wijnaldum played 90 minutes in the No. 6 role in Barysaw, picking up a yellow card.

Already unable to qualify, Ragnar Klavan‘s Estonia still picked up a 6-0 win away to Gibraltar on Saturday.

The centre-back captained his side, keeping a clean sheet and assisting Joonas Tamm’s hat-trick goal.

Naby Keita endured a rollercoaster performance as Guinea lost 4-1 at home to Tunisia, scoring the opener and then receiving a red card in stoppage time in his hometown of Conakry.

On the youth international stage, Joe Gomez, Trent Alexander-Arnold and Dominic Solanke all started as the England U21s took on Scotland on Friday night.

Both Gomez and Alexander-Arnold played the full 90 minutes, with the latter particularly impressive, while Solanke scored the third in an 84-minute showing as the Young Lions won 3-1.

And Corey Whelan kept a clean sheet in a 90-minute display as the Republic of Ireland U21s drew 0-0 at home to Norway. Kamil Grabara was an unused substitute as the Poland U21s were held to a 3-3 draw by Finland, as Liverpool’s youngsters battle for a place at the European U21 Championship in 2019.

England (Group 4) and the Republic of Ireland (Group 5) are currently topping their qualifying groups, but Serbia (Group 7) sit behind Russia and Macedonia, and Poland are second in Group 3.

Finally, centre-back Patrik Raitenan, a new addition to Steven Gerrard’s U18s squad, remained on the bench as the Finland U17s won 4-0 away to the Faroe Islands on Tuesday.