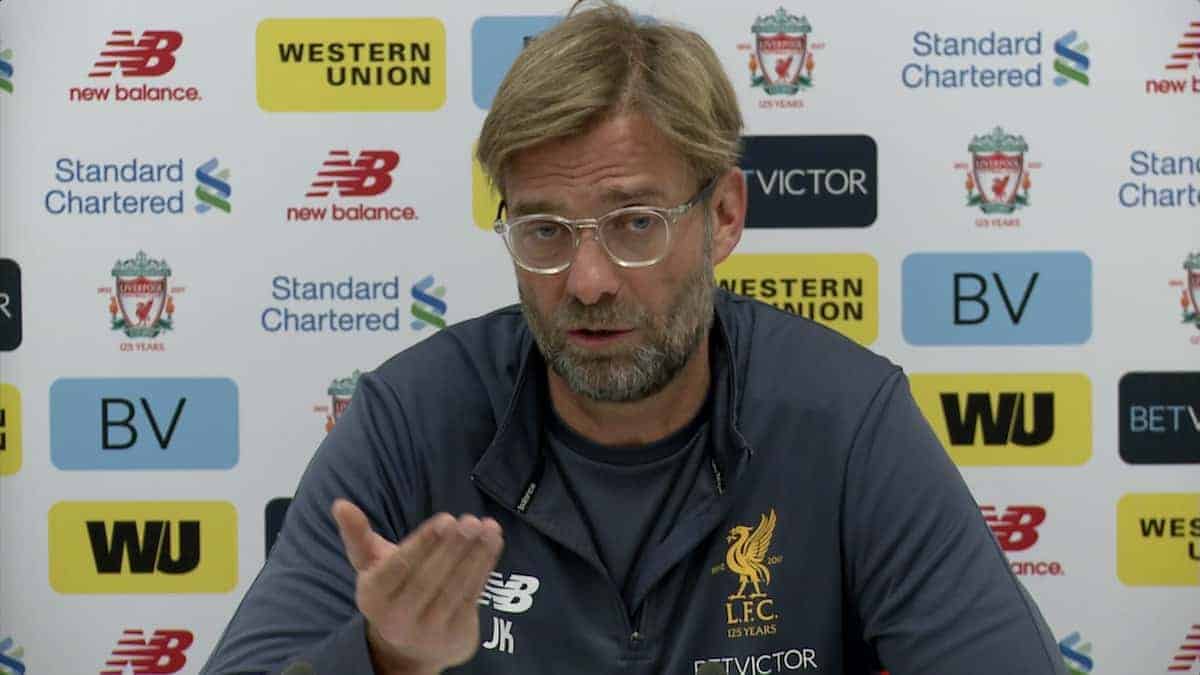 Watch Jurgen Klopp‘s pre-match press conference, ahead of Liverpool’s return to Premier League action at home to Southampton on Saturday.

Klopp spoke to reporters at Melwood on Friday afternoon, to preview his side’s first game back after the November international break.

The Reds secured three consecutive wins before departing for duty, putting a miserable 4-1 loss to Tottenham behind them with victories over Huddersfield Town, Maribor and West Ham.

And Klopp will be looking for consistency from his squad at Anfield, as they head into a gruelling run of 13 games in just 45 days.

But the 50-year-old stressed that Liverpool haven’t ‘turned a corner’ despite their solid recent form.

“Unfortunately I’m not silly enough, I would love to say ‘yes!’,” he told reporters.

“It’s always interrupted by something—injuries, international breaks—for all of the people involved in this business, that’s how it is.

“Sometimes we created more chances than we used, but we’ve scored 11 goals in a week now. That’s of course good, but it doesn’t mean we’ll score four again.”

Klopp also discussed the return of Adam Lallana from injury, saying “we will use him for sure, but to bring him in now for 90 minutes is an absolute no.”

And the German was questioned on recent reports of a possible January move for Virgil van Dijk, saying: “I can’t say. Nothing to say about that, absolutely!”

Liverpool have won just once in their seven previous games against Southampton under Klopp, drawing three and losing three.

They will need a strong performance against Mauricio Pellegrino’s side, as they look to continue an impressive run and keep up the pressure in the top-four race.